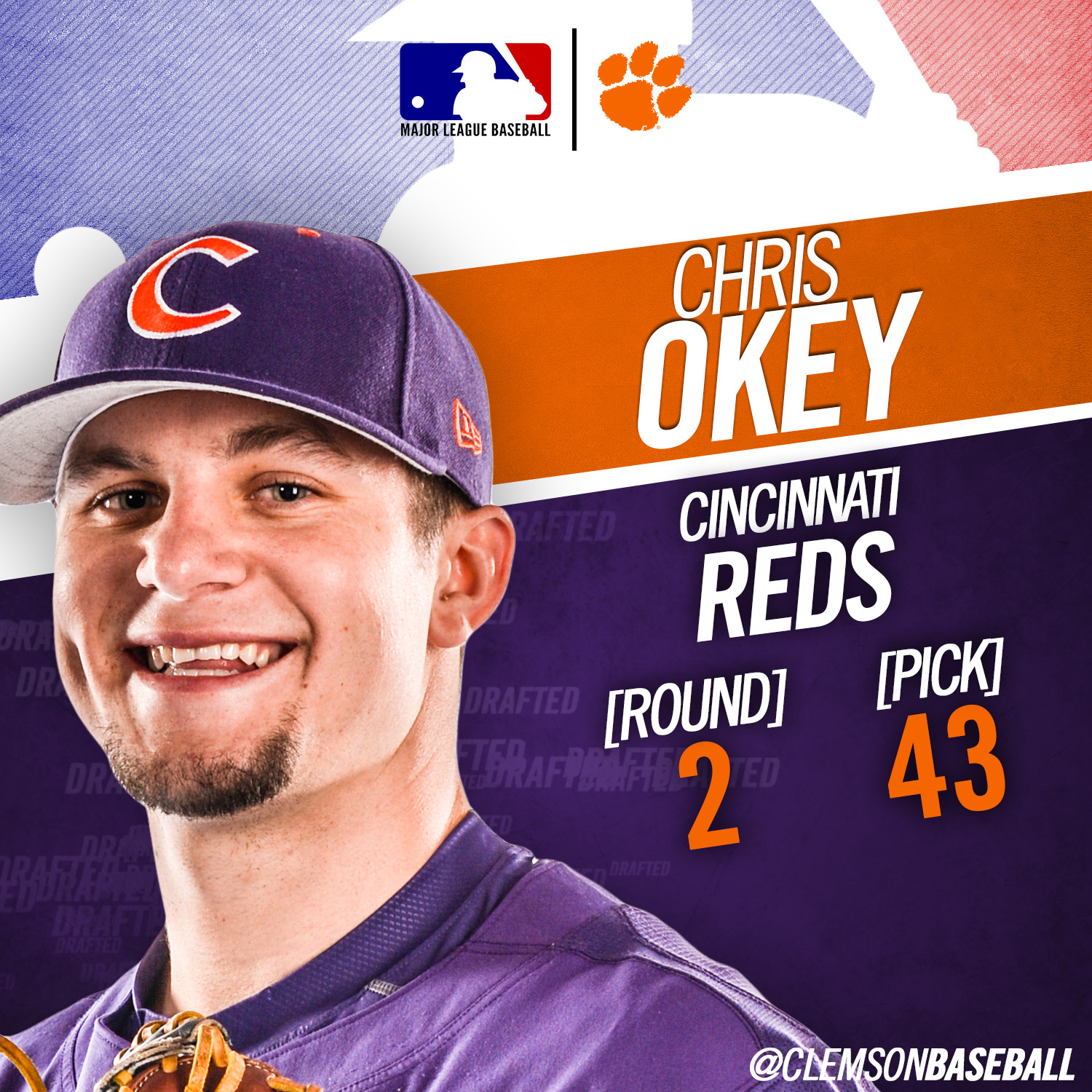 Okey Drafted in Second Round

CLEMSON, S.C. – Junior catcher Chris Okey (Mount Dora, Fla.) was selected in the second round of the MLB draft by the Cincinnati Reds on Thursday night. Okey was the No. 43 overall pick, Clemson’s highest overall pick since 2012 (Richie Shaffer). He was also the Tigers’ highest drafted catcher in the history of the June draft.

Okey was the first Tiger taken by the Reds since his former teammate, Garrett Boulware (2012-14), was chosen in 2014.

Clemson signee and infielder Carter Kieboom, brother of former Tiger catcher Spencer Kieboom (2010-12), was drafted in the first round (No. 28 overall) by the Washington Nationals, the same organization that drafted the older Kieboom in the fifth round in 2012.

Another Tiger signee, righthander Travis MacGregor, was chosen in the second round (No. 68 overall) by the Pittsburgh Pirates.