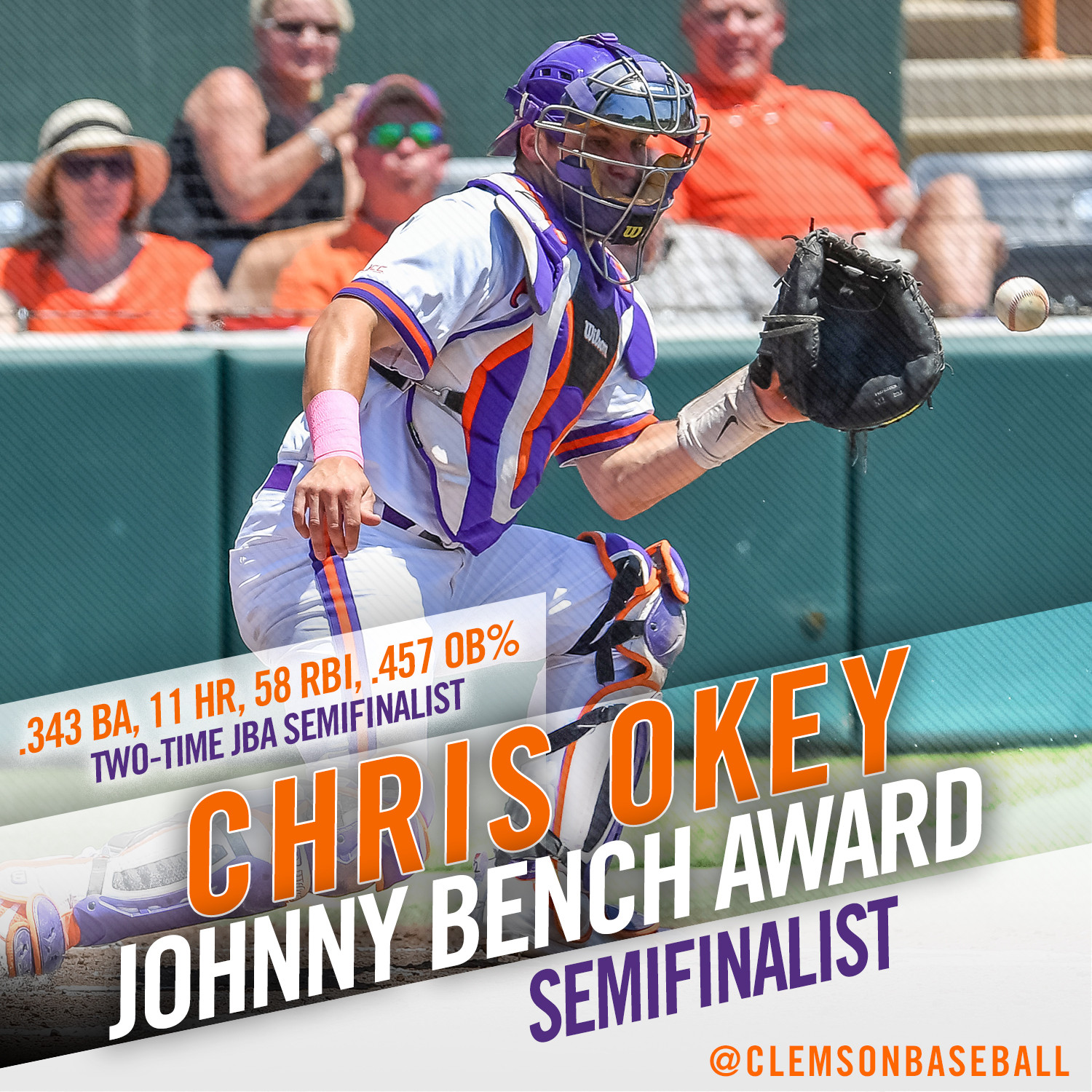 NOTRE DAME, IND. – Junior Chris Okey (Mount Dora, Fla.) is one of 15 semifinalists for the Johnny Bench Award, presented annually to the nation’s best catcher. Ballots will be sent to the national voting panel at the end of May for a vote to determine the three finalists. The finalists will be announced June 6.