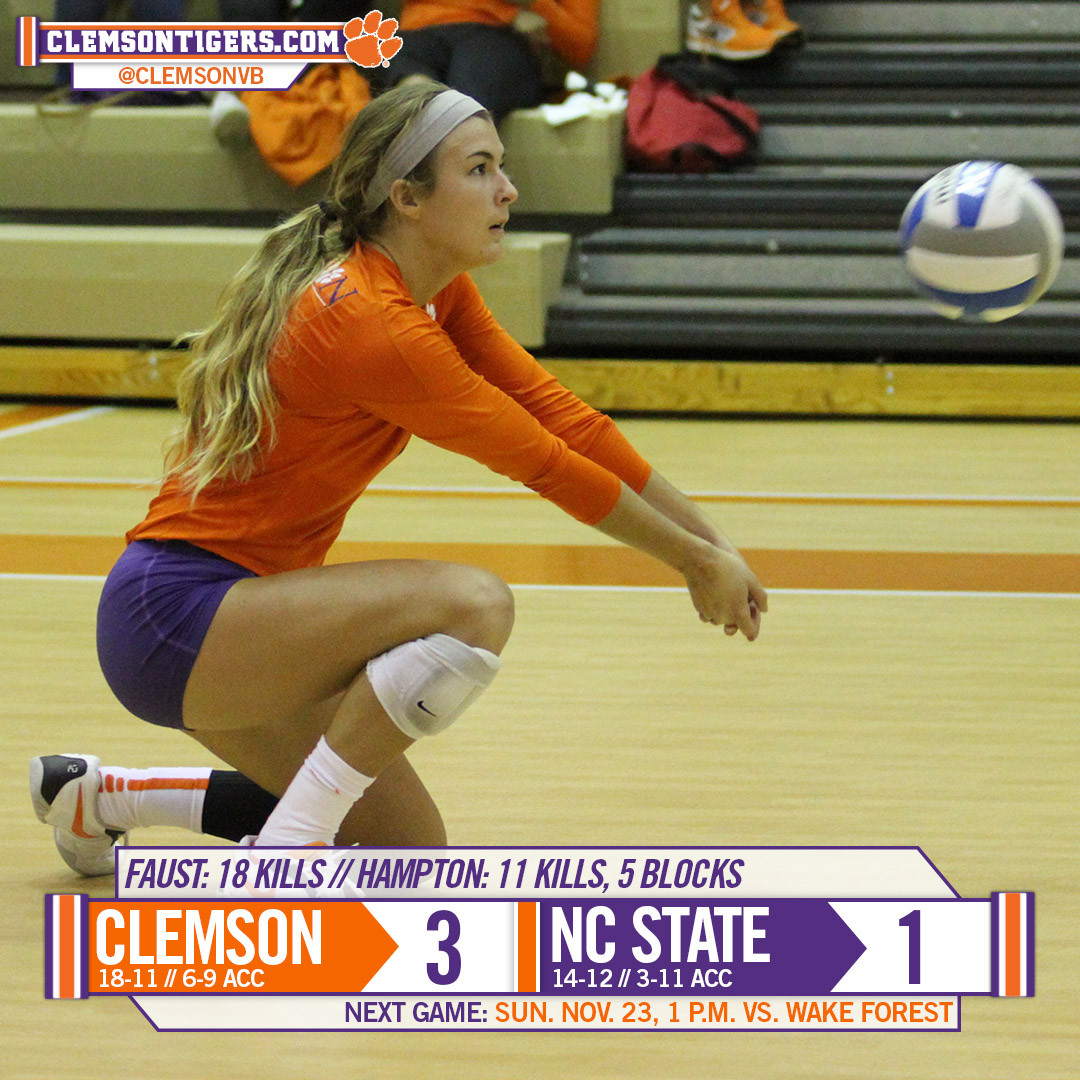 Senior Kristin Faust led all hitters on the floor with 18 kills and two errors, hitting .356. Graduate Haleigh Hampton put up a .421 clip with 11 kills and one error on 19 attempts, while senior Beta Dumancic posted eight kills and no errors on 12 attempts for a .667 hitting percentage. Kate Federico guided the offense with 41 assists. The Tigers were also strong defensively, putting down 14 total blocks as a team, led by senior Karis Watson, who had seven. Senior Niki Collier led the backcourt with 18 digs.

Clemson’s offense started off strong. In the first set, the Tigers posted 13 kills and only one attack error, hitting .429. Clemson’s tough serving kept NC State out of system, as they were able to put down four service aces, including two by Faust.

NC State kept the Tigers’ offense at a .129 hitting percentage in the second set, by putting down four blocks. The Tigers trailed the majority of the set before an 18-14 deficit turned into a 20-19 advantage, but the Wolfpack came back to take the set 25-23.

The Tigers found their rhythm again in the final two sets, putting down a combined nine blocks and hitting over .300 in the third. Faust took over in the front row, putting down 10 of her 18 kills in the last two sets alone. Hampton tallied six kills in the last two sets as well. Clemson recorded nine of its’ 14 total blocks in sets 3 and 4, combined.

The Tigers host Senior Night next weekend with their last home match of the season when Wake Forest comes to town on Sunday, Nov. 23 at 1 p.m. Prior to the match, Clemson will honor Collier, Dumancic, Faust, Hampton and Watson as they play in their final game in Jervey Gym.