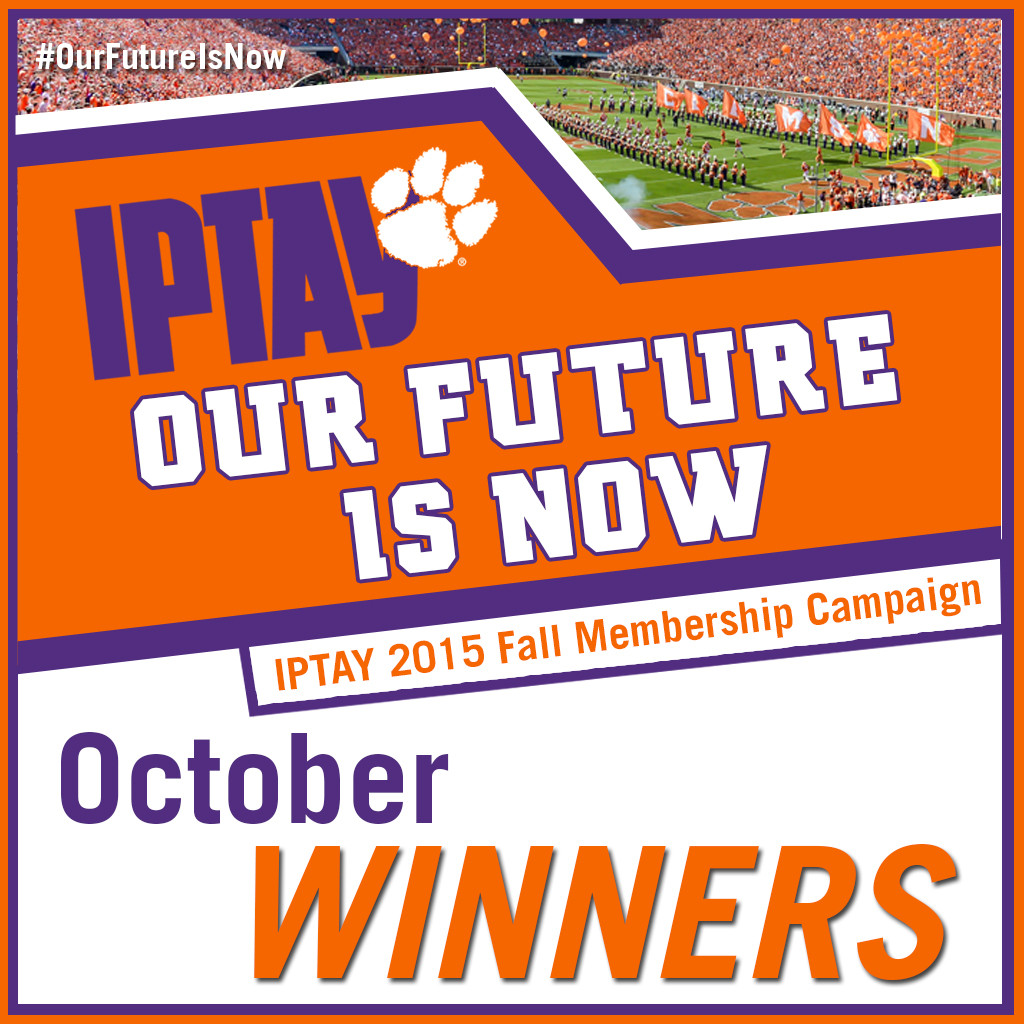 This fall, as a part of IPTAY’s ongoing new marketing initiatives, IPTAY launched the “Our Future is Now” membership campaign. With a little less than two months to go, the campaign is in full swing and features several great incentives and rewards for all who participate! Each participant receives a 10% off discount code to the Official Online Clemson Store and is also entered to win a monthly drawing for an autographed football or basketball and the grand prize of a Nike team gear package. We are now excited to release the second group of 15 winners of the campaign from October. These 15 donors listed below have won a signed football by Dabo Swinney or a signed basketball by Brad Brownell.

IPTAY would like to thank the 3,810 people who have participated in the campaign to this date as well as congratulate all who have been named winners up to this point. Check out the graphic below to see the overall campaign progress to date. For more information on the IPTAY  “Our Future is Now” fall membership campaign, click HERE. To participate and renew or join for IPTAY 2015, please click HERE.