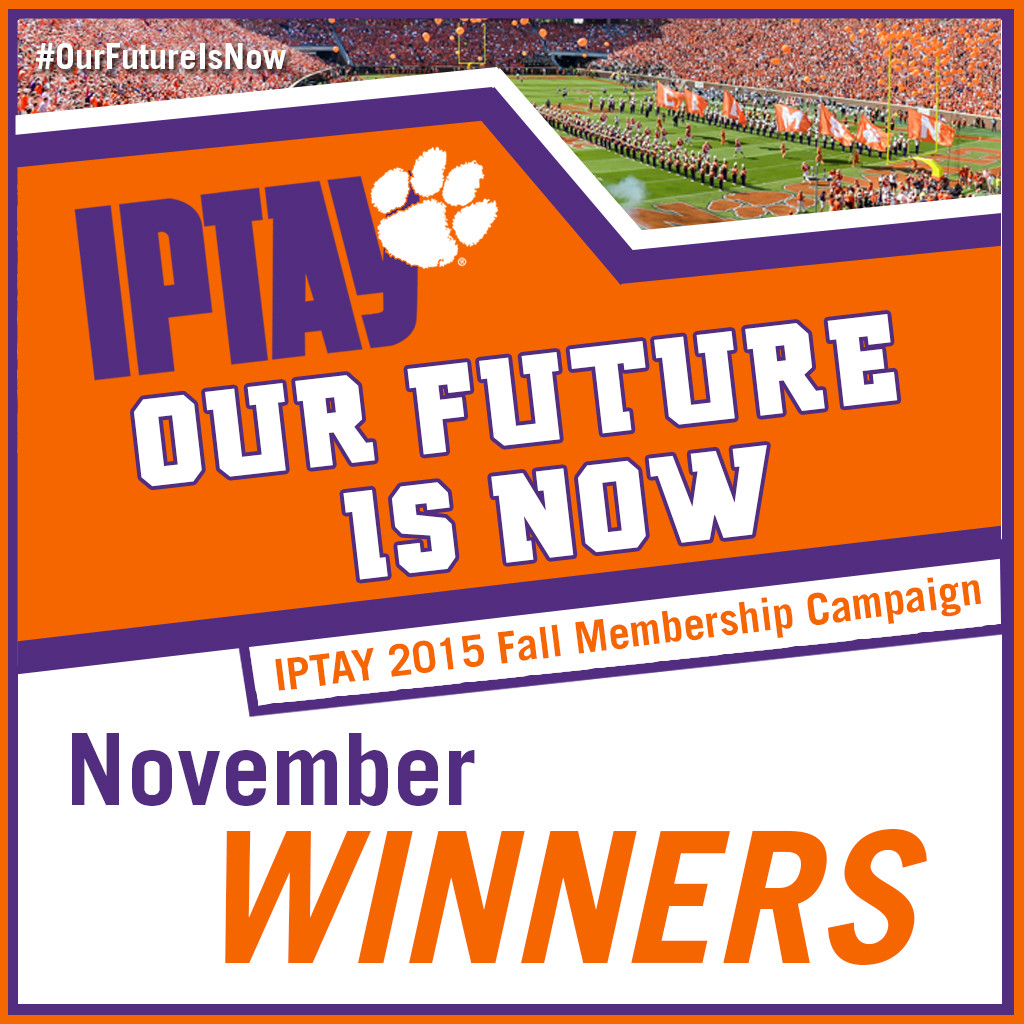 This past fall, as a part of IPTAY’s ongoing new marketing initiatives, IPTAY launched the “Our Future is Now” membership campaign. Each participant in the campaign received a 10% off discount code to the Official Online Clemson Store and was also entered to win a monthly drawing for an autographed football or basketball and the grand prize of a Nike team gear package. We are now excited to release the third group of 15 winners of the campaign from November. These 15 donors listed below have won a signed football by Dabo Swinney or a signed basketball by Brad Brownell.

IPTAY would like to thank everyone who participated in the campaign as well as congratulate all who have been named winners up to this point!