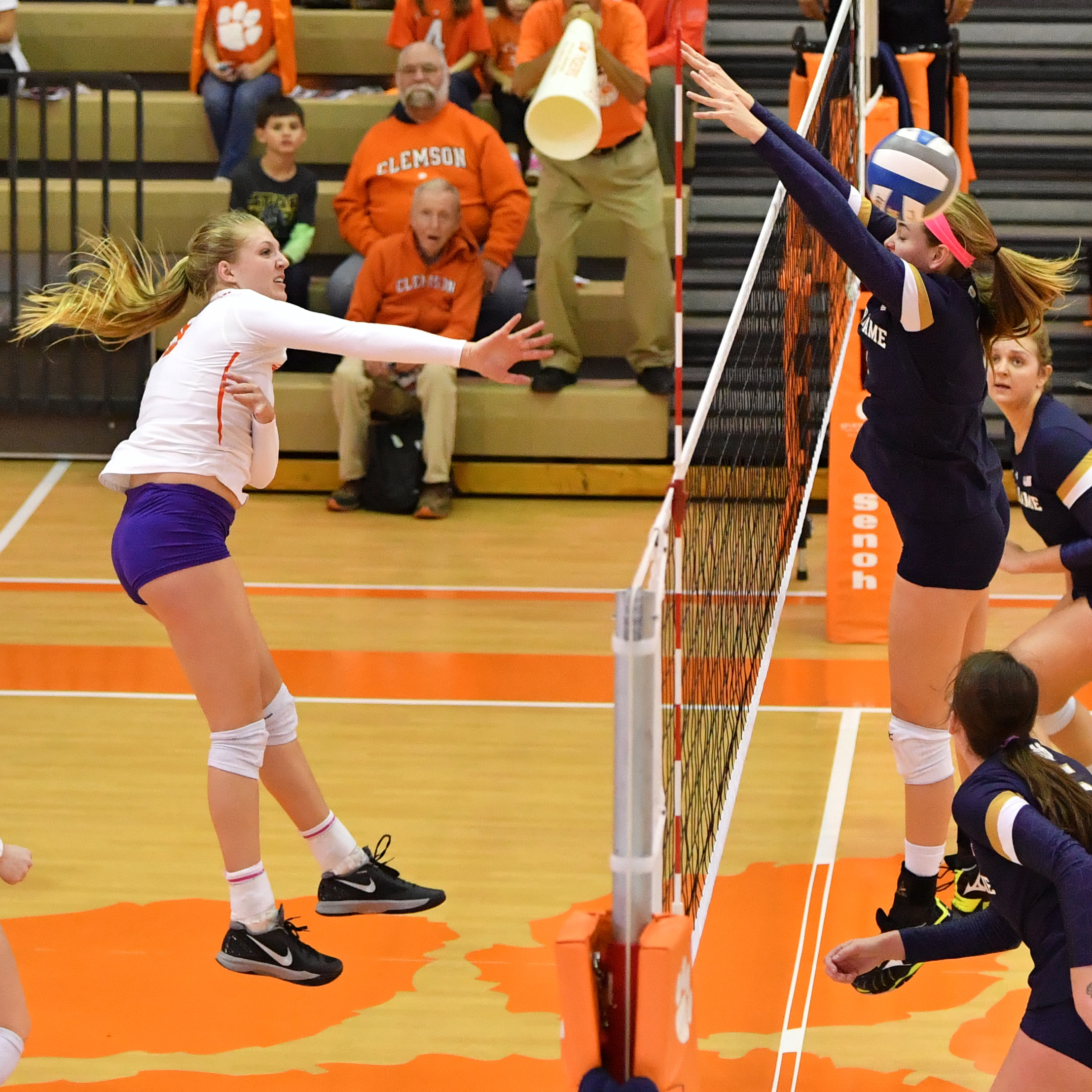 “Regardless of the outcome, it was great to celebrate our seniors tonight and their dedication to Clemson Volleyball,” said head coach Hugh Hernesman. “The crowd was terrific and we truly appreciate that. Syd and Leah are great role models for our athletes both on and off the court. The growth they’ve shown since our arrival is a true testament to the work they put in. Additionally, we were happy to have Irem healthy and back in the gym so that she could walk and receive her senior recognition as well.”

“We’d also like to thank the the Perri’s and the Moseley’s- who have been a fixture for the program in their daughters’ four years here. They’ve been great supporters of their daughters and Clemson Volleyball. I know the team appreciates that and we certainly do as a staff.”

Woogk and McGinley paced the offense, hitting .312 and .417 respectively with McGinley leading the Tigers with nine total points. McGinley registered six kills and an error on 12 attempts with three blocks while Woogk earned six kills as well with an error and 16 attempts. Leah Perri was just a kill shy of tying the team lead with five on the night, complemented by 10 digs and three blocks.

Emily Curtis earned her 16th match this season with 10 digs or more with 14 on the night and an ace to her credit. Senior, Sydney Moseley also aced the Fighting Irish with five digs to her credit, Keely Hayes nearly finished with a double-double despite splitting the setting duties as she earned 10 assists and eight digs.

Clemson concludes the weekend with its final home contest of the 2016 season. The Tigers will host last year’s ACC Champion, Louisville at 1:00 p.m., on Sunday, November 20.