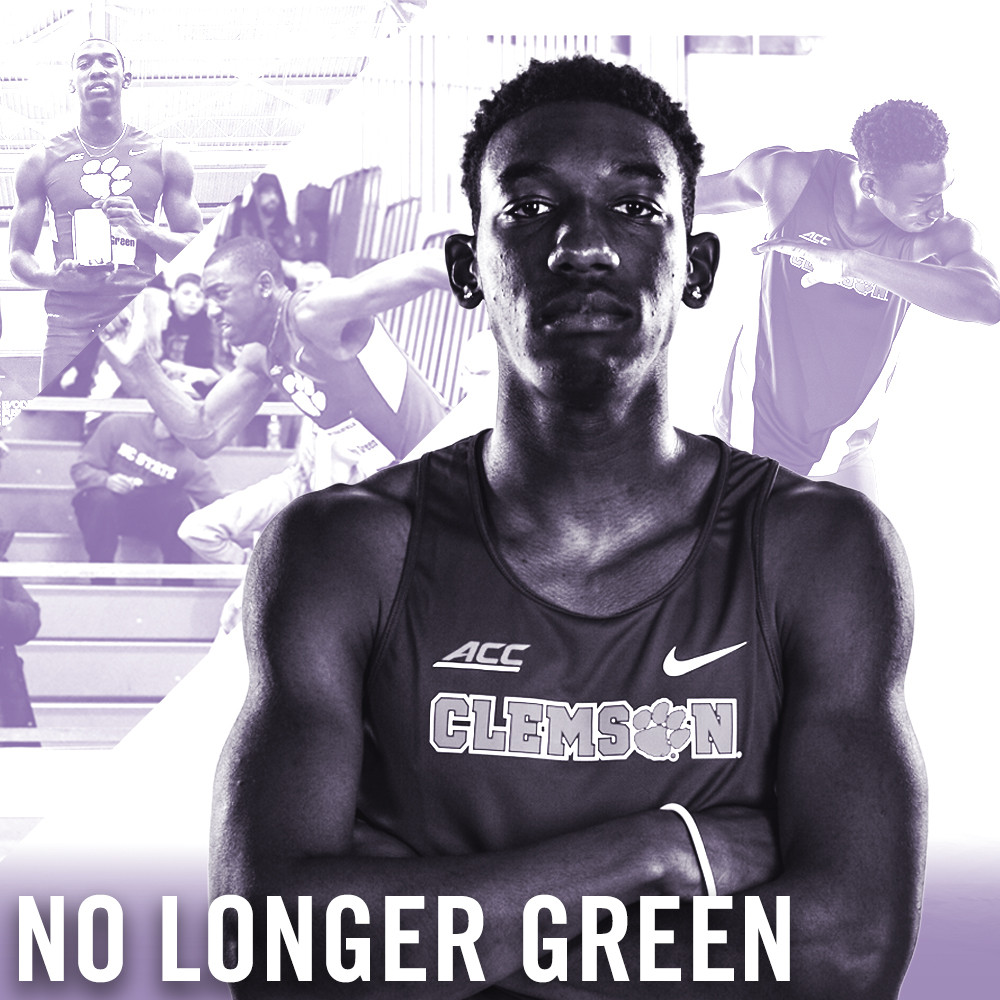 Jeffrey Green came to Clemson in 2014 as a highly ranked recruit from Miami, Fla., and in only two years since his arrival, he has won four ACC medals and helped lead the Clemson men’s track & field team back toward the top of the conference.

“Jeffrey was one of those decorated recruits that we brought in two years ago,” said head coach Mark Elliott. “He ended last year with a slight injury, so he didn’t get to really have a full season. His improvement is coming now because he is getting to run a full season … and he has put in the work.”

After injury plagued him at the 2015 NCAA Outdoor Championships, Green knew he needed to focus on getting healthy during the offseason, but also continue to put in hours on the track and perfect his craft.

“I worked hard and practiced hard all summer,” Green said. “I changed my mindset from when I was a freshman and matured a lot to where I am now. Now I know how I have to eat and train in order to become number one.”

Fast-forward to the 2016 ACC Indoor Championships in February, where Green helped propel the Clemson men to a second-place finish, the program’s best indoor finish since 2007. Green again excelled on the ACC stage, collecting gold medals in the 400 and with the 4×400 meter relay.

Not only did Green’s time of 46.93 earn him his first individual ACC title, but Clemson swept the podium in the event as Michael Cheeks and Cordell Lamb took second and third, respectively.

As the reigning ACC Indoor champion, Green understands there is pressure on him to perform well at the 2016 ACC Outdoor Championships this coming May in Tallahassee, Fla., but Green is up for the challenge.

“I have much more confidence during outdoor season, because I know I am number one right now,” Green said. “I want to protect my title and run a faster time than I did in indoor. I like having a target on my back because it drives me to work harder and stay focused.”

Despite the individual success, Green is very team-oriented, and hopes he can help bring the Clemson men back to the top of the podium. The Tigers can take their next step in that direction by performing well at the upcoming ACC Outdoor Championships. Clemson is in search of its first men’s team title since the 2004.

“We could have won the ACC Indoor title, but now we are focused on outdoor,” Green said. “We know the mistakes we made in indoor, so now we just have to fix those in order to put ourselves in a position to win an ACC title.”