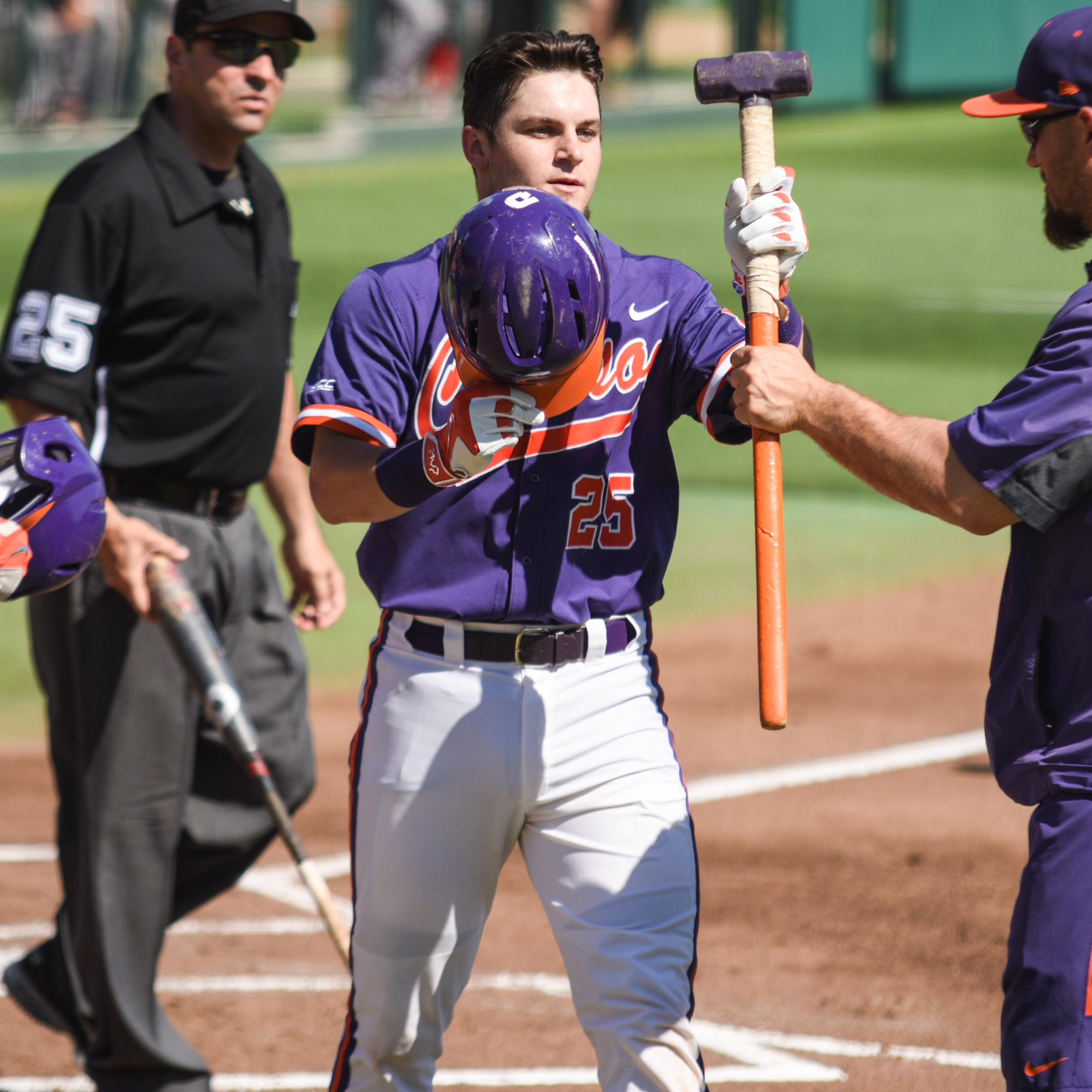 CLEMSON, S.C. – No. 9 NC State scored four runs in the second inning, seven runs in the third inning and nine runs in the fourth inning in its 20-9 victory over Clemson at Doug Kingsmore Stadium on Saturday afternoon. The Wolfpack, who evened the series 1-1, improved to 32-13 overall and 13-8 in the ACC. The Tigers fell to 30-16 overall and 12-14 in ACC play.

Chris Okey belted his ninth homer of the year in the first inning to put Clemson up 1-0, but it was all NC State from there, as it scored four two-out runs in the second inning and seven runs in the third inning, including three runs with two outs. Every Wolfpack starter had a hit and scored a run by the end of the third inning. NC State added nine runs in the top of the fourth inning. Clemson scored two runs in the bottom of the fourth inning and Chris Williams laced his third home of the year in the seventh inning. Mike Triller added his first career homer in the ninth inning.

The series concludes Sunday at 1 p.m., on ESPN3. Fans can purchase four tickets and a $10 concession voucher for only $30. It’s also Senior Day, as we honor our seniors during a pregame ceremony.