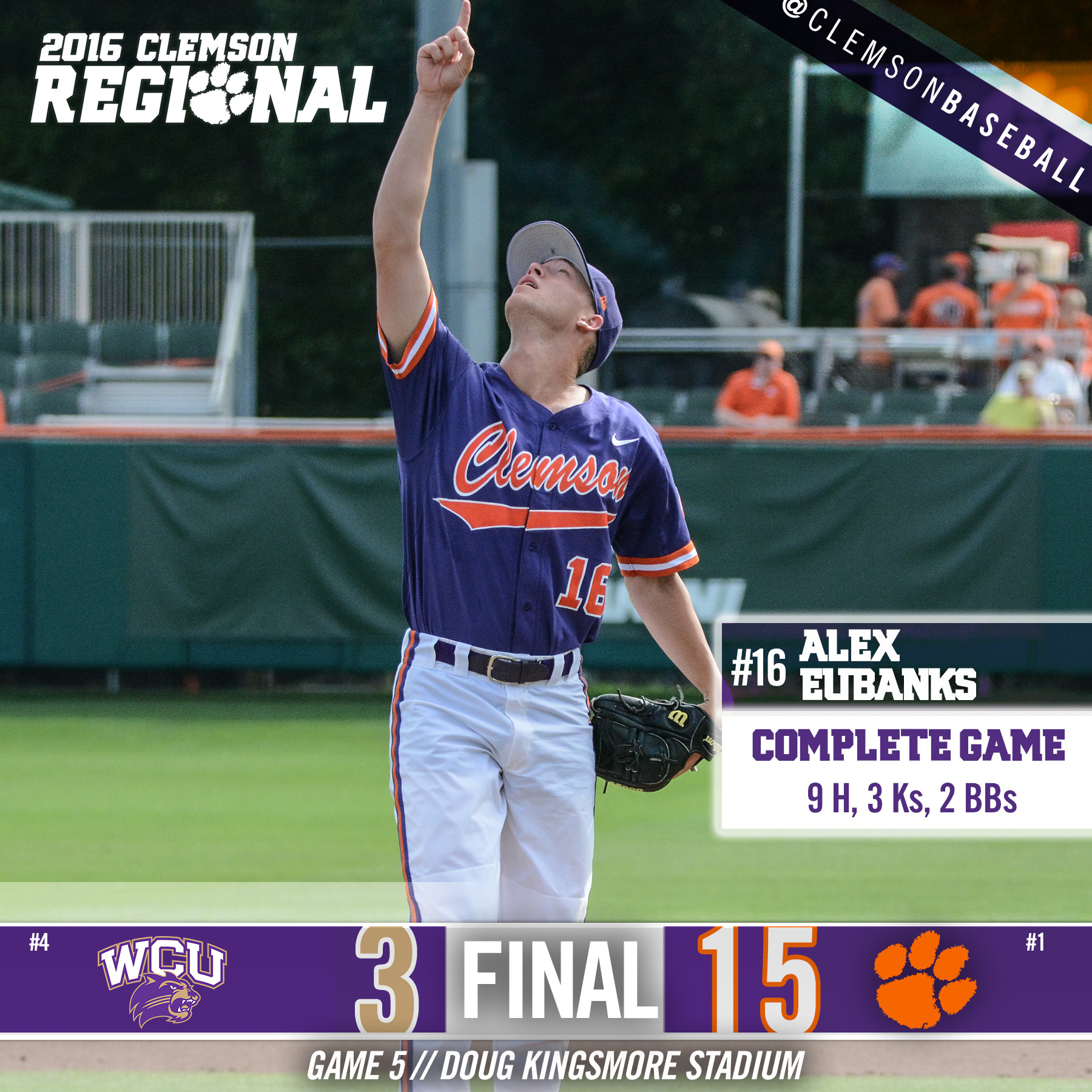 CLEMSON, S.C. – No. 9 Clemson hit five home runs in its 15-3 victory over Western Carolina in the Clemson Regional at Doug Kingsmore Stadium on Sunday. The Tigers, who upped their record to 2-1 in the regional, improved to 44-19, while the Catamounts’ season came to an end with a 31-31 record.

The Tigers scored three runs in the third inning, keyed by Seth Beer’s two-run double, to take a 4-0 lead, then Clemson added five runs in the fourth inning, started by Chase Pinder’s solo home run, his 11th of the year. Beer added a solo homer, his 18th of the season, in the sixth inning. Chris Okey and Weston Wilson belted two-run homers in the eighth inning, then White hit a solo homer in the ninth inning. Wilson had four of the Tigers’ 16 hits in the game.