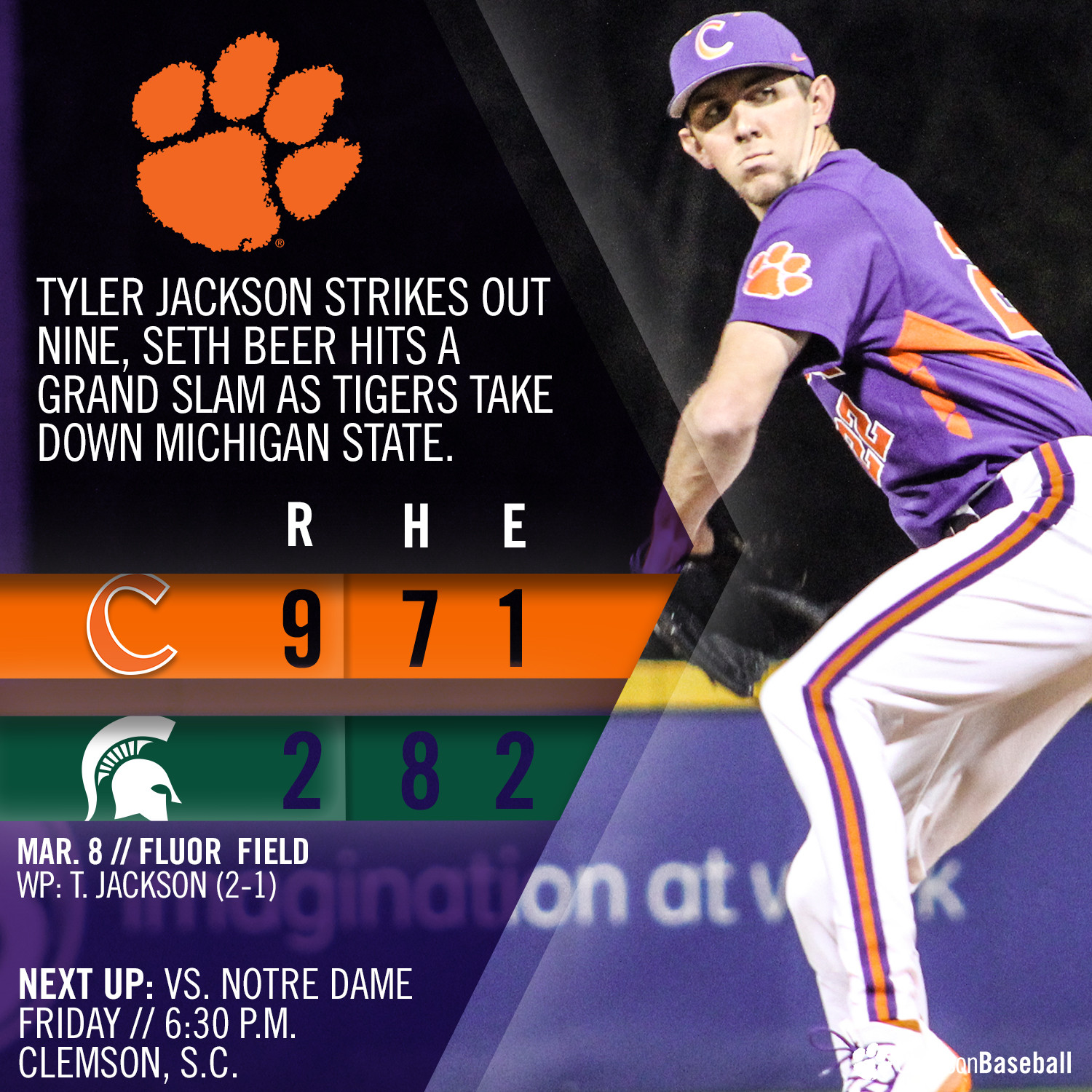 GREENVILLE, S.C. – No. 9 Clemson scored three runs in the second inning and broke the game open with five runs in the fifth inning, highlighted by Seth Beer’s grand slam, to defeat Michigan State 9-2 at Fluor Field on Wednesday night. The Tigers improved to 9-3, while the Spartans dropped to 9-2. It marked Clemson’s 11th win in a row away from home, it’s longest such streak since 1995, when the Tigers also won 11 games in a row away from home.

The Tigers scored three runs in the second inning, keyed by Chris Williams’ two-run double. After Michigan State scored a run in the third inning, three straight one-out walks and a hit-by-pitch by Reed Rohlman scored a run in fifth inning, followed by Beer’s long grand slam, his fifth long ball of the year, on a 3-2 pitch.

Tyler Jackson (2-1) earned the win in an effective start. In 6.1 innings pitched, he gave up seven hits, two runs (one earned) and no walks with nine strikeouts. Four Tiger pitchers combined to limit Michigan State, who entered the game hitting .340 with 9.8 runs per game (seventh in the nation), to only two runs on eight hits. Spartan starter Joe Mockbee (3-1) suffered the loss, as he yielded three runs on three hits in 3.0 innings pitched.

Clemson begins ACC play this weekend when it hosts Notre Dame in a three-game series starting Friday at 6:30 p.m., on ACC Network Extra. It is Greek Night, as sororities and fraternities battle throughout the night to determine a champion. The first 1,000 fans receive player trading cards (part of a set of the entire roster).