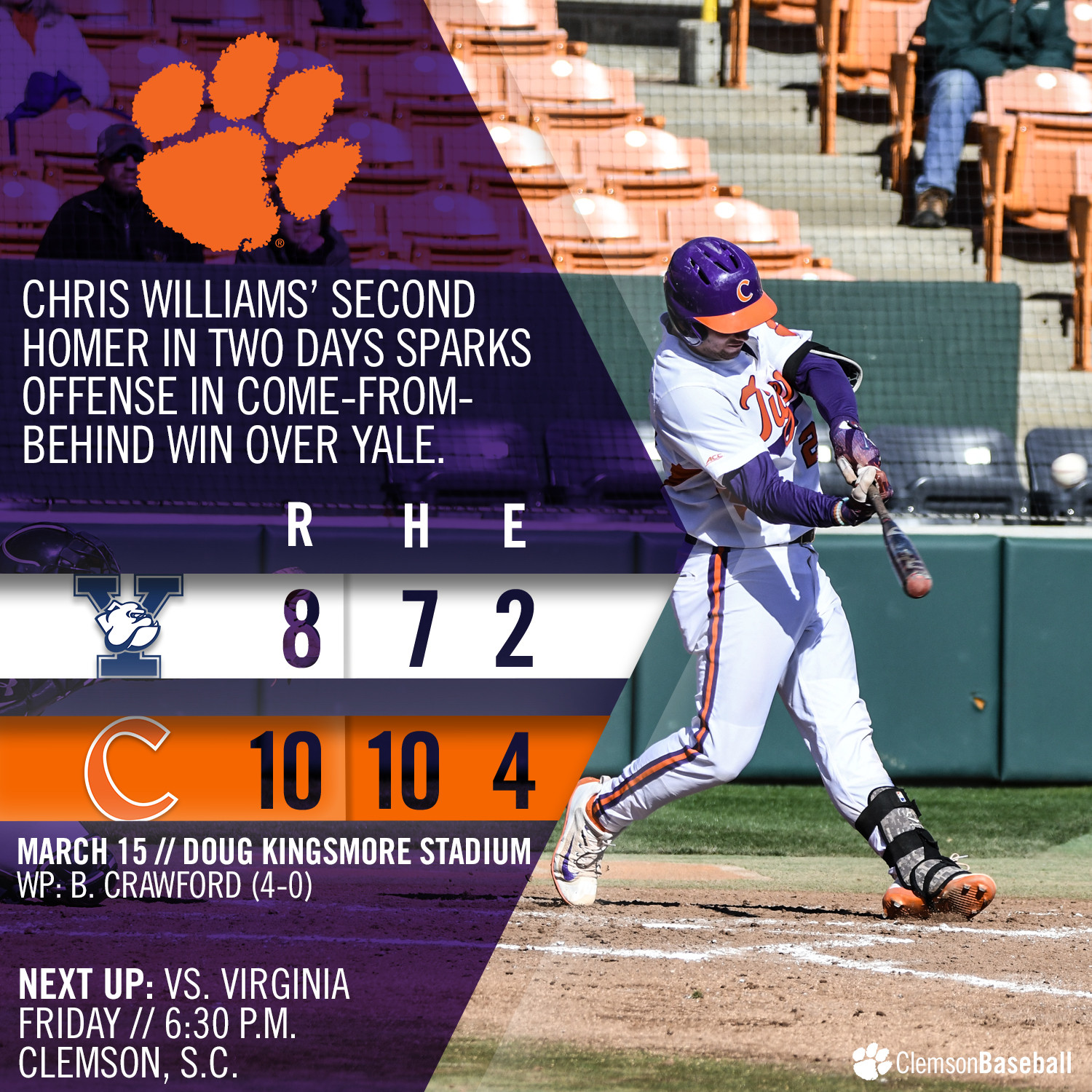 CLEMSON, S.C. – Chris Williams’ two-out, two-run double in the eighth inning broke an 8-8 tie in No. 9 Clemson’s 10-8 win over Yale at Doug Kingsmore Stadium on Wednesday afternoon. The Tigers, who won the series 2-0 and recorded their eighth victory in a row, improved to 14-3 on the season. The Bulldogs dropped to 3-7 in 2017.

Yale scored five runs in the fourth inning on two singles, four walks, a hit-by-pitch and a costly catcher’s interference. Williams belted a two-run homer in the fifth inning, his second long ball of the series and season, to put Clemson on the scoreboard. In the sixth inning, Patrick Cromwell’s RBI groundout and Chase Pinder’s two-out, run-scoring single was followed by pinch-hitter Weston Jackson’s two-run homer, his second home run of the year, to give Clemson a 6-5 lead.

Andrew Herrera hit a two-run double in the top of the eighth inning to give Yale the lead, followed by Tim DeGraw’s run-scoring double. Pinder hit a run-scoring single with one out in the bottom of the eighth inning, then Seth Beer lofted a sacrifice fly to tie the score 8-8. Williams followed with a two-run double over the third-base bag to give the Tigers the lead for good.

Brooks Crawford (4-0) earned the win by pitching the final 1.2 innings, while Tyler Sapsford (0-1) suffered the loss.

The Tigers host No. 11 Virginia in a three-game series this weekend beginning Friday at 6:30 p.m., on ACC Network Extra. The first 1,000 fans receive player trading cards (part of a set of the entire roster).