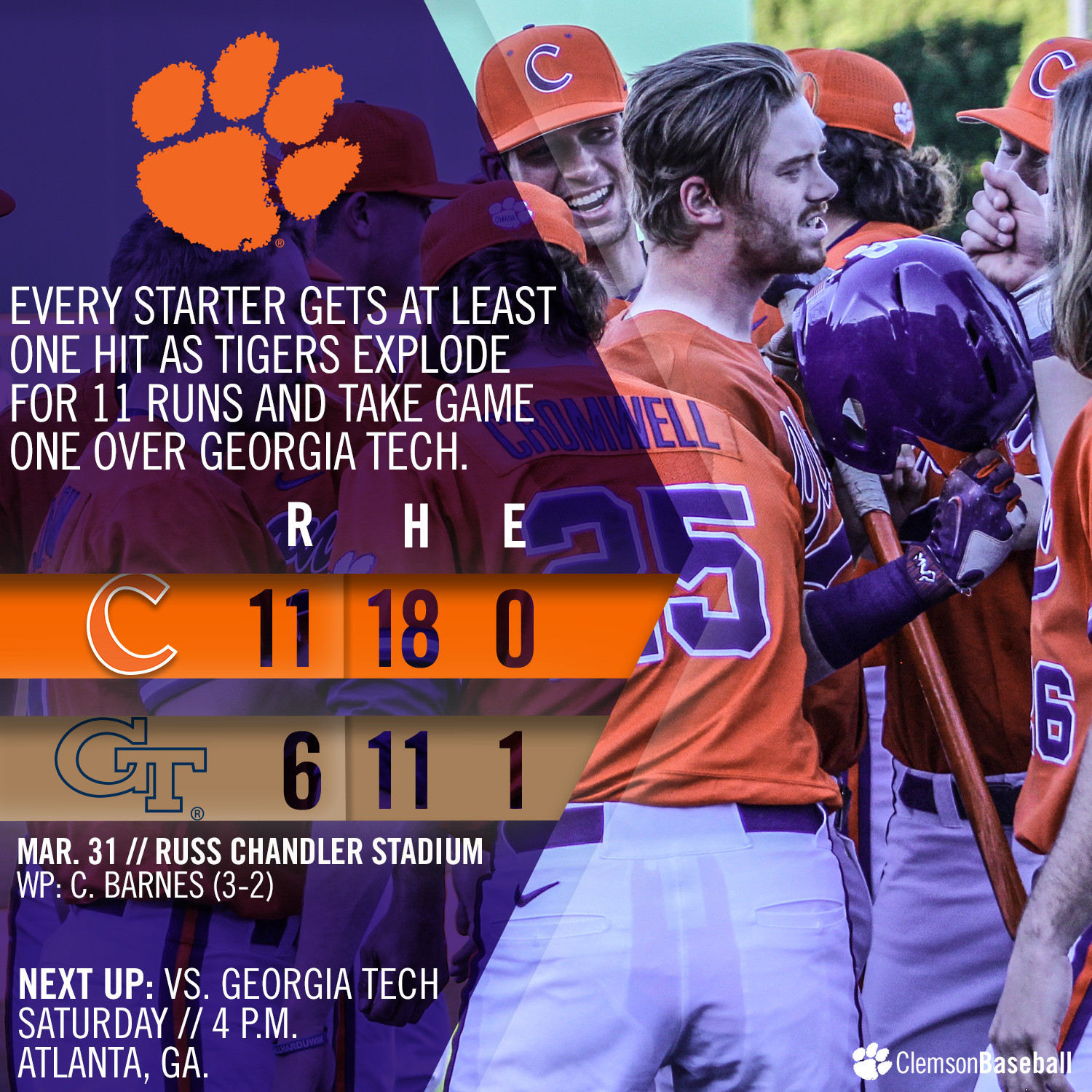 ATLANTA, GA. – No. 5 Clemson scored five two-out runs in the fourth inning and added three runs in the sixth inning to defeat Georgia Tech 11-6 at Russ Chandler Stadium on Friday night. The Tigers, who took a 1-0 lead in the series, upped their winning streak to nine games and increased their winning streak away from home to a school-record 16 games dating to 2016, improved to 23-4 overall and 9-1 in the ACC. The Yellow Jackets dropped to 14-10 overall and 3-7 in ACC play.

Grayson Byrd, who led the Tigers’ season-high 18-hit attack by going 3-for-4 with three runs and a walk, led off the top of the third inning with his first career home run, then the Yellow Jackets tied the score with a run in the bottom of the third inning. With two outs and the bases empty in the fourth inning, Clemson totaled four singles and three walks to score five runs, highlighted by two-run singles by Logan Davidson and Chris Williams. Seth Beer ripped a run-scoring double as part of the Tigers’ three-run sixth inning, then Williams belted a two-run double in the ninth inning.

Tiger starter Charlie Barnes (3-2) earned the win, as he allowed six hits, three runs and one walk with seven strikeouts in 5.2 innings pitched. Yellow Jacket starter Xzavion Curry (3-3) suffered the loss, as he gave up six runs on eight hits in 4.1 innings pitched.