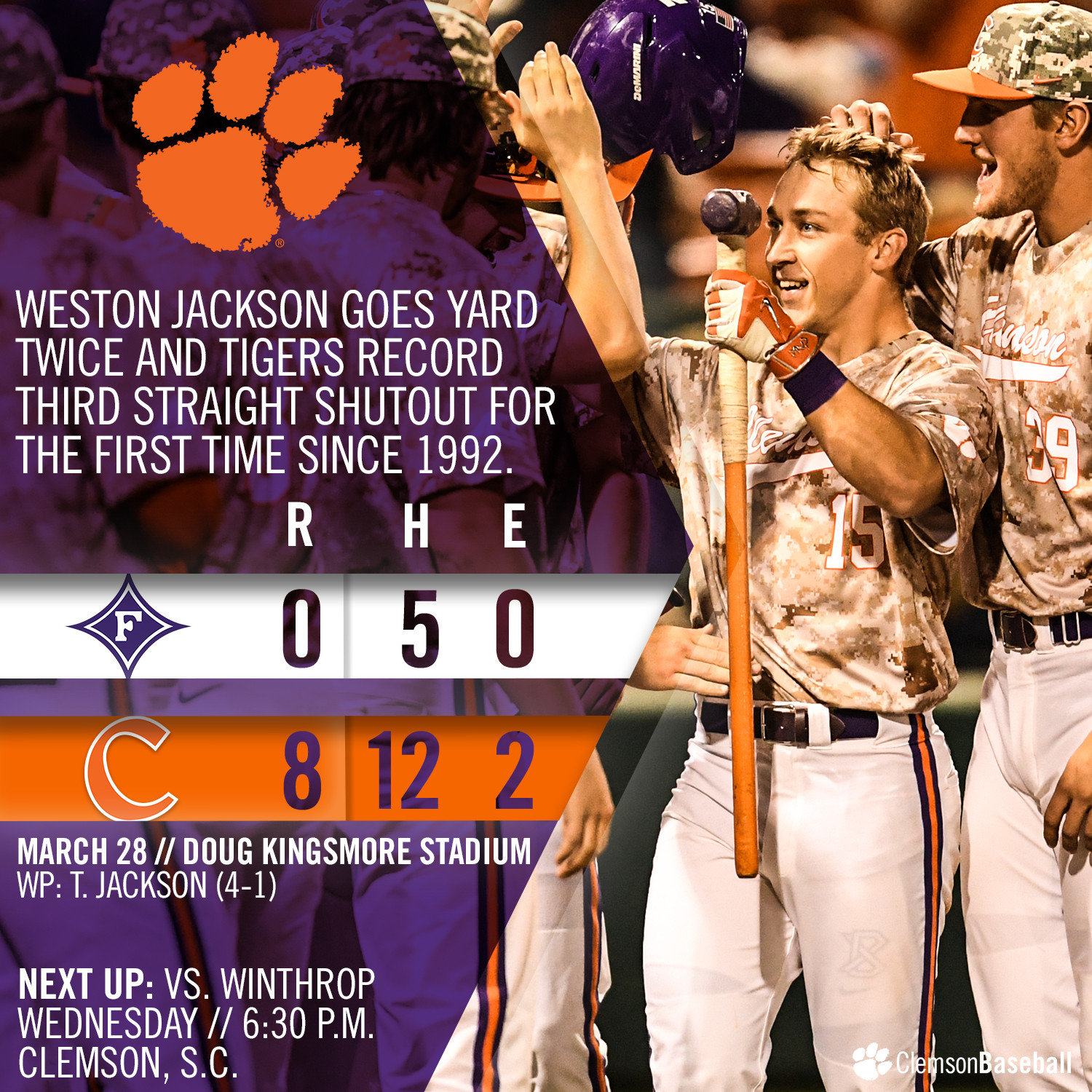 CLEMSON, S.C. – Tyler Jackson, Ryan Miller and Mitchell Miller combined on a five-hit shutout and Weston Jackson went 3-for-4 with with two homers, a double and five RBIs in No. 5 Clemson’s 8-0 victory over Furman at Doug Kingsmore Stadium on Tuesday night. The Tigers, who took a 1-0 lead in the home-and-home season series against Furman, won their seventh game in a row and improved to 21-4 on the season. The Paladins fell to 11-12.

Clemson recorded its third shutout win in a row, the first time it did that since the first three games of the 1992 season, home victories over Eastern Kentucky (7-0, 22-0) and Western Carolina (6-0). Clemson also won three straight games via shutout in 1921 and 1967. The Tigers, who pitched their sixth shutout of the season, upped their scoreless innings pitched streak to 28 over four games as well.

Tyler Jackson (4-1) earned the win by tossing 6.2 innings, allowing five hits, no runs and one walk with four strikeouts. Furman starter Nik Verbeke (0-2) suffered the loss, as he gave up four hits, two runs (one earned) and three walks with four strikeouts in 3.2 innings pitched.

Clemson hosts Winthrop on Wednesday at 6:30 p.m., on ACC Network Extra. Fans can buy one regular-price ticket and get one of equal value for free.