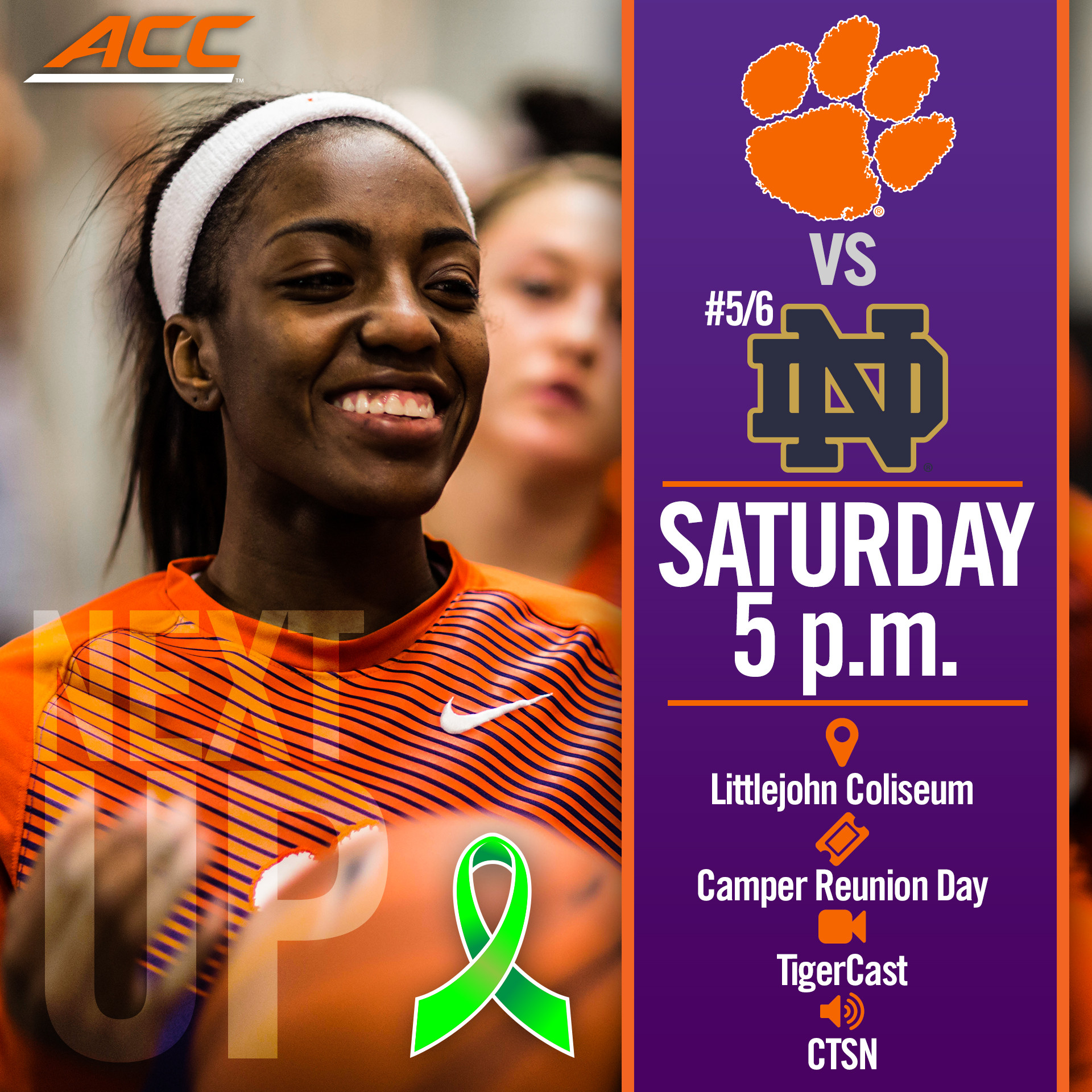 CLEMSON, S.C. – The women’s basketball team meets its second consecutive top-ten opponent when fifth-ranked Notre Dame (18-2, 5-1 ACC) visits Littlejohn Coliseum on Saturday at 5 p.m. Admission for summer campers is free, while tickets are just $3 for everyone else.

The Tigers (9-10, 1-5 ACC) continue to battle one of the nation’s toughest schedules, which has already included nine contests against the top-60 teams in the nation in the RPI, not including Saturday’s game against the Irish, who are No. 1 in the RPI.

Clemson enters the game at 9-2 in home games this season, and is looking to halt its skid at five. The Tigers face a tall task in the Irish, who have compiled a 55-3 record since joining the ACC last season, including a 21-1 record in league play. Clemson and Notre Dame met at Purcell Pavilion last season in the Irish’s inaugural ACC contest.

Nikki Dixon is averaging a career-best 15.5 ppg and 5.8 rpg to lead the Tigers, and moved into tenth in school history in scoring during Sunday’s game against No. 10/12 UNC. Her 1,436 career points rank ninth among all active players in the NCAA.