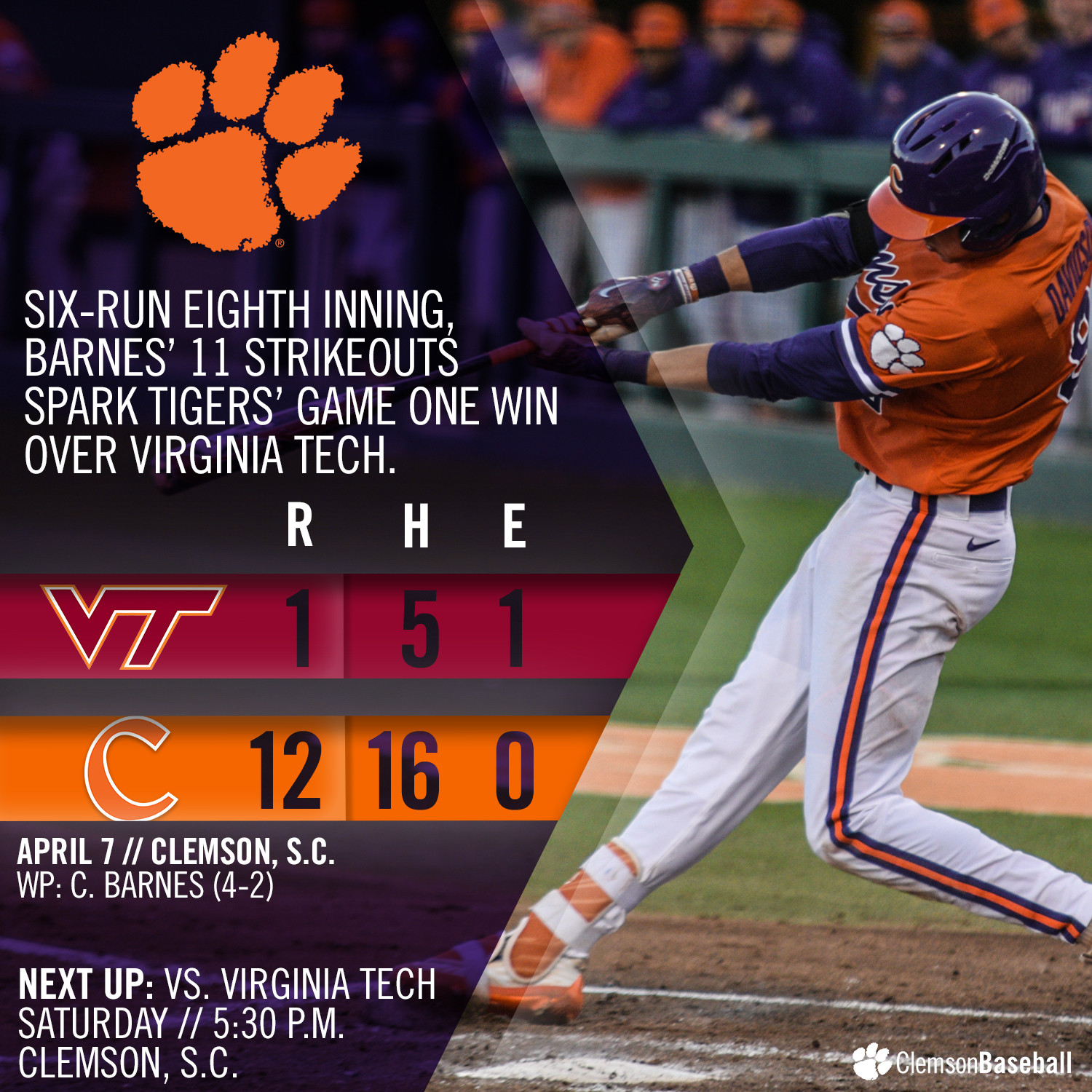 CLEMSON, S.C. – Charlie Barnes tied his career high with 11 strikeouts and every Tiger starter had at least one hit in No. 4 Clemson’s 12-1 victory over Virginia Tech at Doug Kingsmore Stadium on Friday night. The Tigers, who took a 1-0 lead in the series, improved to 26-5 overall and 11-2 in the ACC. The Hokies fell to 17-15 overall and 6-7 in ACC play.

Barnes (4-2) earned the win by allowing only four hits, one run and two walks in 7.2 innings pitched. He was assisted by a team-season-high three double plays by the Tiger defense. Hokie starter Connor Coward (5-1) suffered the loss, as he yielded 10 hits, four runs and two walks with eight strikeouts in 6.1 innings pitched.

Logan Davidson started the scoring in the second inning when he came home on a wild pitch with two outs. Joe Freiday Jr., his a solo homer in the top of the third inning before Clemson regained the lead in the bottom of the third inning on Davidson’s solo homer, his fifth long ball of the year. The Tigers added single runs in the next two frames, then Jordan Greene lofted a two-run double in the seventh inning. Clemson, who totaled 16 hits in the game, pulled away with six runs in the eighth inning.

The series continues Saturday at 5:30 p.m.