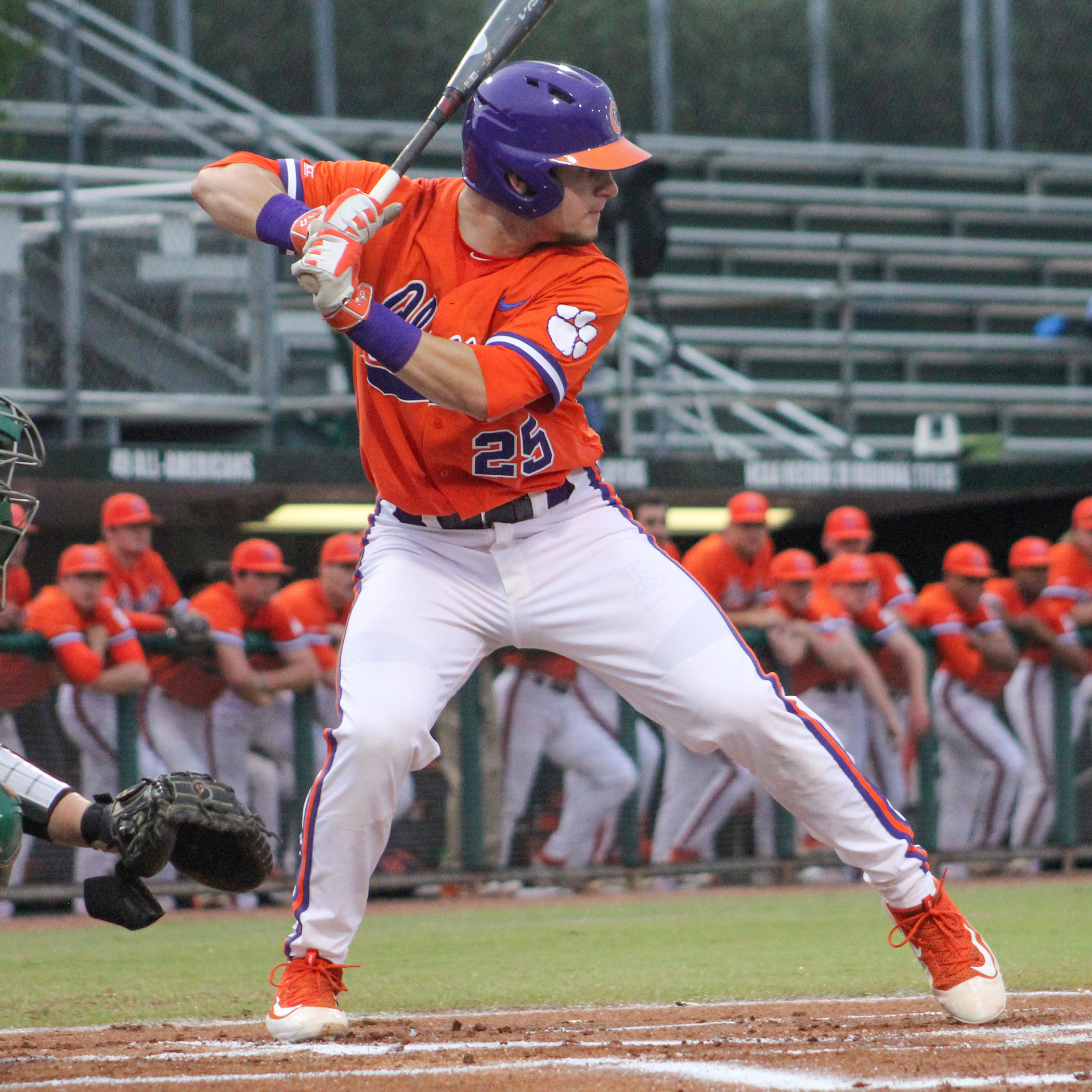 CORAL GABLES, FLA. – The Tigers rallied from a 7-2 deficit to take an 8-7 lead on Drew Wharton’s two-out, two-run single in the top of the ninth inning, but Willie Abreu hit a two-run walkoff homer in the bottom of the ninth inning as No. 4 Miami (Fla.) edged No. 12 Clemson 9-8 at Mark Light Field on Friday night. The Hurricanes, who took a 1-0 lead in the series, improved to 18-4 overall and 5-2 in the ACC. The Tigers dropped to 17-4 overall and 5-2 in ACC play.

Chris Okey’s fourth homer of the year in the first inning gave Clemson the early advantage, but the Hurricanes had six straight batters reach base with one out in the fourth inning and scored five runs on five hits and two costly Tiger errors. Miami added two runs in the sixth inning to build a 7-2 lead.

Clemson clawed back with three runs in the seventh inning and Chase Pinder belted his sixth homer of the year in the eighth inning to narrow Miami’s lead to 7-6. Seth Beer hit a one-out double in the top of the ninth inning to extend his hitting streak to 19 games. Weston Wilson walked and stole second before Wharton grounded a two-out, two-run single through the left side to give the Tigers an 8-7 lead. But Johnny Ruiz led off the bottom of the ninth inning with a double. Two batters later with one out, Abreu crushed an opposite-field, two-run homer to snap Clemson’s eight game-winning streak.

The series continues Saturday at 7 p.m., on ESPN3.