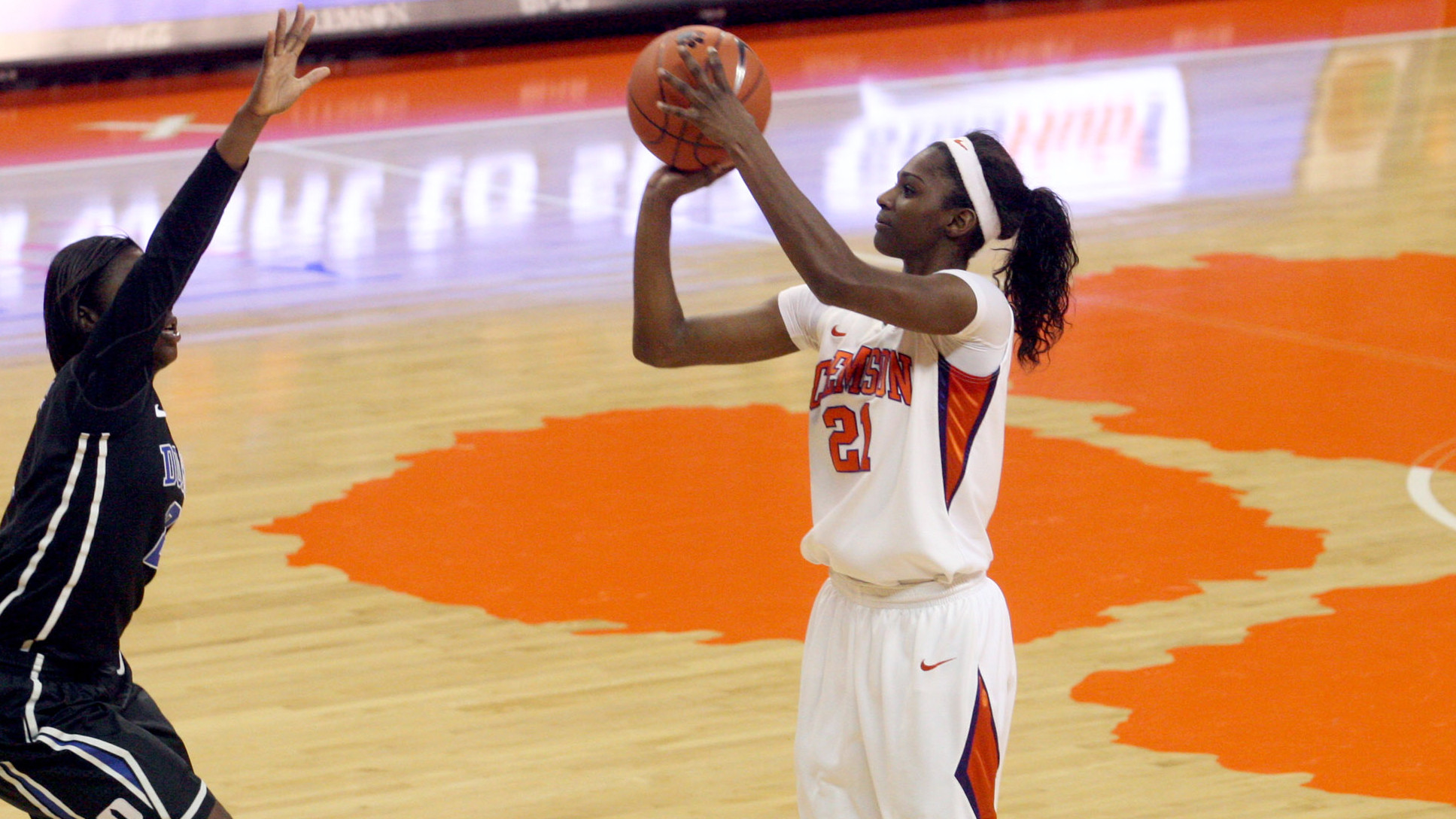 No. 4 Duke Pulls Away Late Against Clemson

“I’m just proud of our effort. We fought, we kept them around 60 points,” said Coleman. “Duke did what they’re supposed to do. They definitely played like the number-four team in the nation for the last eight minutes of the game.”

The Blue Devils did not lead at halftime for just the second time this season, with the first coming earlier this week in a loss to No. 2 UCONN. Clemson held the Blue Devils without a basket for nearly 13 minutes, spanning halftime. However, Duke outscored Clemson, 38-24 in the second half in wearing down the Tigers.

“I thought from a defensive standpoint, against a team that averages 77 points a game, we were able to keep them to 60,” said Coleman. “That was just a great team defensive effort. We felt like if we kept them from scoring in transition and made them play in the half court, that would give us an opportunity to be in the game. That’s what we did.”

The Lady Tigers actually won the battle of fast break points, 8-6, after Duke had 19 in the meeting on Jan. 10.

Clemson committed 31 turnovers, which Duke turned into 27 points, nearly half of their total for the game. Eighteen of those 27 came in the second half, while Clemson converted 22 Duke turnovers for just 14 points.

Duke’s 22 turnovers were the second-most they have committed in a game this season.

Outside of Dixon and Gramlich, who scored 31 of Clemson’s 46 points, no other player scored more than six points, which came in the form of Quinyotta Pettaway, who also had a team-high eight rebounds.

Elizabeth Williams had 12 points and 13 rebounds for Duke, while Chelsea Gray had nine points, nine steals, six rebounds, and three assists to go with eight turnovers. In their earlier meeting this season, Gray had set a school record with 15 assists against four turnovers.

Duke took a quick 7-0 lead just moments into the game, before Dixon hit layups and was fouled on consecutive possessions. She converted on the first to draw Clemson to within two at 7-5. The Tigers would then score five of the next eight to take a 12-10 lead. Duke then went on a 9-0 run to again take a seven-point lead, 21-14.

Clemson tightened up defensively, scoring eight of the final nine points and holding Duke to just one point over the final six minutes of action. The highlight of the 8-1 run was Turner’s steal and running bank-shot from the free throw line as time expired. Turner had four of Clemson’s ten steals in the first half.

Clemson hung tough out of halftime, holding Duke without a field goal until Liston buried a right-wing three with 13:07 to play. It brought to a close a span of 12:41 without a Blue Devil field goal. The Devils took a 28-26 lead before Gramlich hit a three to again give Clemson a lead.

However, a 9-0 Duke run boosted a five-point edge to a 49-35 lead with 3:53 to play. Clemson drew within nine after Gramlich hit a trey and Dixon took a steal the distance, but the Tigers would get no closer.

Clemson will return to action on Sunday at 5:00 pm against No. 10 Maryland in Littlejohn Coliseum. The game follows the men’s basketball matchup against Virginia Tech. Fans can attend the women’s game for just $1.00, as Clemson hosts its PACK THE HOUSE game.