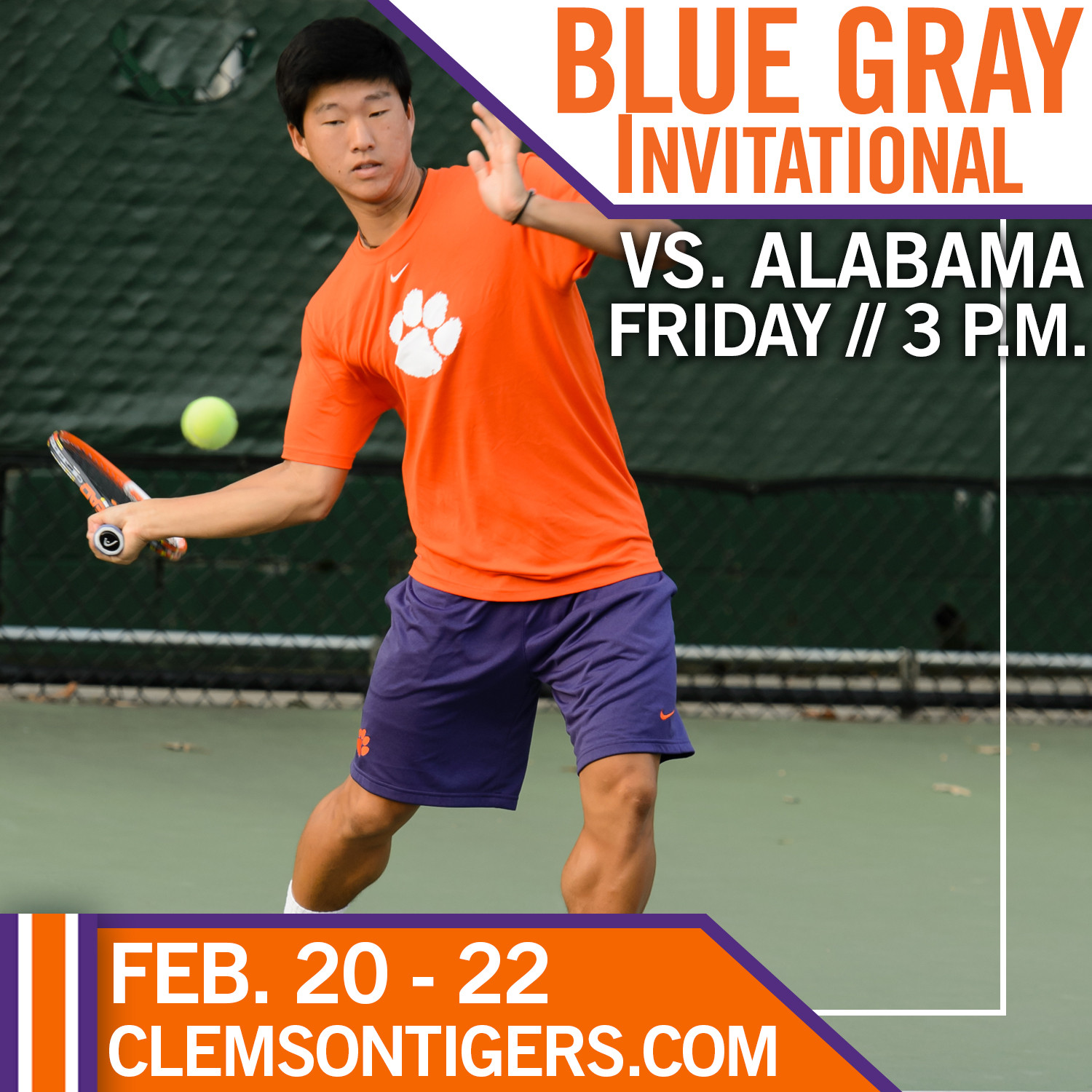 No. 35 Clemson Meets No. 49 Alabama at Blue Gray Invitational

BIRMINGHAM, ALA. – The 35th-ranked Clemson men’s tennis team travels to Birmingham, Ala. this weekend to play in the annual Blue Gray Invitational at Lagoon Park Tennis Center. The Tigers, the tournament’s No. 3 seed, face 49th-ranked Alabama on Friday at 3 p.m. (2 p.m. CT) The tournament runs Friday through Sunday. Live stats will be available throughout the weekend and updates will be posted to @ClemsonMTennis on Twitter.

Clemson will play three matches this weekend. Should the Tigers defeat Alabama, they will face the winner of the match between Princeton and No. 2 seeded Mississippi State. More details will be available once schedules have been finalized.

Clemson, 5-4 overall this season, is coming off a 6-1 loss at Auburn last weekend. All five Tiger wins this season have come by sweep. Senior captain Hunter Harrington is ranked as the 90th-best singles player in the nation this season. Sophomore Daffra Sanon, a transfer from the University of Washington, picked up Clemson’s only point against Auburn last weekend in dominating fashion, taking his No. 6 singles match 6-1, 6-0.

On the men’s side, the 2015 Blue Gray Invitational field consists of No. 1 seed South Florida, No. 2 seed Mississippi State, No. 3 seed Clemson, No. 4 seed Auburn, Boise State, Texas Tech, Alabama and Princeton.

Alabama, 2-5 on the season, is ranked 49th nationally this week. The Crimson Tide boasts one nationally ranked doubles team, the duo of Becker O’Shaughnessey and Korey Lovett is tabbed 29th this week. After winning it’s first two matches of the spring season, Alabama has lost five consecutive matches, all to ranked opponents.

Clemson trails Alabama in the all-time series 4-9. In the last meeting between the two programs, Alabama defeated Clemson 4-2 at the 2012 Blue Gray Invitational.