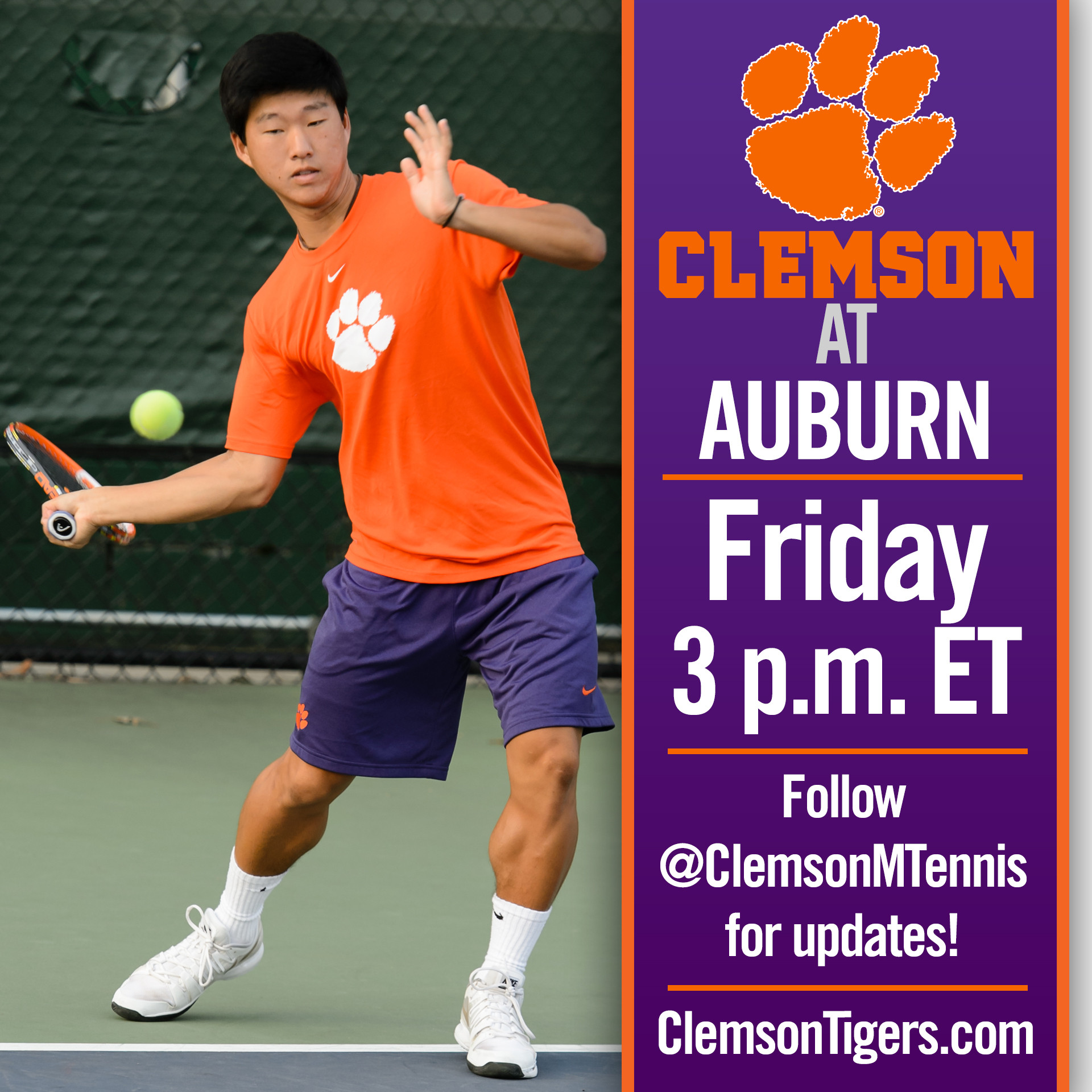 AUBURN, ALA. – Fresh off three wins in last Saturday’s triple-header, the 34th-ranked Clemson men’s tennis team faces No. 38 Auburn on Friday at Auburn’s Yarbrough Tennis Center. Live stats and updates on Twitter @ClemsonMTennis will be available throughout the match.

Clemson hosted Gardner-Webb, Mercer and Wofford last weekend and rolled to 4-0 wins over all three. The Tigers improved to 5-3 on the season. Senior captain Alejandro Augusto won all three singles matches he played in last weekend, including one at No. 1 singles. Fellow senior captain Hunter Harrington is ranked 90th nationally in singles in the most recent ITA rankings. The doubles team of Harrington and Augusto won two matches last weekend.

Scouting No. 38 Auburn Auburn sits at 7-1 on the season after a pair of wins over UAB last Saturday. The Tigers boast three singles players in the latest ITA rankings. Lukas Ollert, ranked No. 79, Maxime Hinnisdaels, ranked No. 108 and Marko Krickovic, ranked No. 116. Friday’s match against Clemson will be the fifth in a six match homestand for Auburn, the Tigers also host No. 75 Georgia Tech on Sunday.