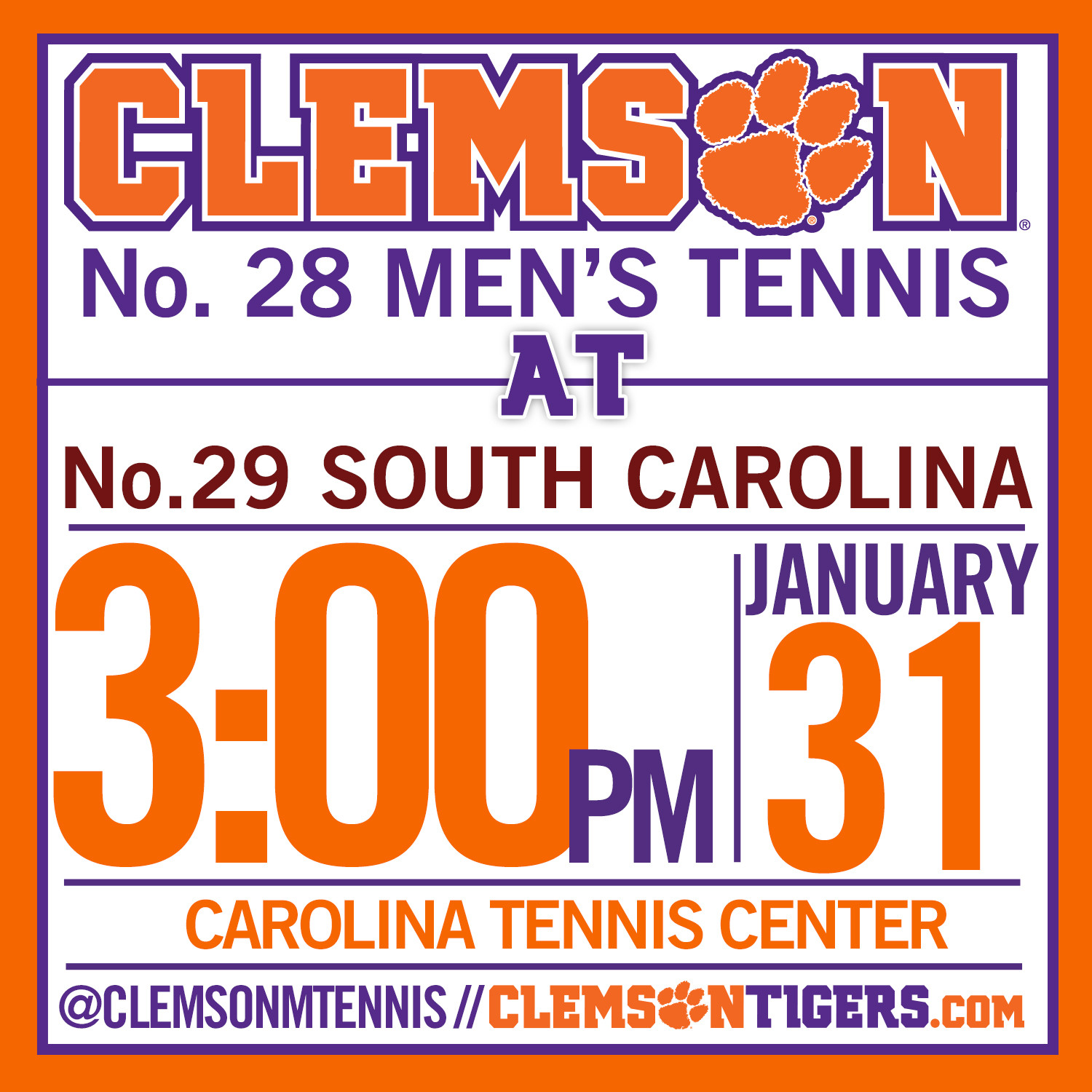 No. 28 Clemson Visits No. 29 South Carolina on Saturday

CLEMSON, S.C. – The 28th ranked Clemson men’s tennis team visits No. 29 South Carolina on Saturday, Jan. 31 at 3 p.m. Updates will be available on Twitter via @ClemsonMTennis following the match.

Clemson is coming off a pair of losses to No. 19 Wake Forest and No. 25 Memphis at the ITA Kickoff Event, hosted by Duke, last weekend. The Tigers, 2-2 on the young season, look to bounce back against the Gamecocks. Clemson junior Austin Ansari has played well of late, winning his first singles match last weekend while not finishing the second one. The doubles team of Ansari and fellow junior Luke Johnson split a pair of matches last weekend, defeating the Wake Forest duo of Romaine Bogearts and Skander Mansouri and clinching the doubles point in that match. Senior captain Hunter Harrington is ranked as the 69th best singles player in the nation, while Harrington and fellow senior captain Alejandro Augusto are ranked as the 60th best doubles team in the country.

South Carolina is 3-1 on the young season with wins over No. 64 Elon, Furman and most recently No. 36 Stanford. The Gamecocks boast three nationally ranked singles players. Thiago Pinheiro, ranked 71st, Andrew Schafer, ranked 83rd and Kyle Koch, ranked 118th. The duo of Thomas Mayronne and Harrison O’Keefe are ranked as the 46th-best doubles team in the nation, according to the ITA.

Clemson trails South Carolina in the all-time series between the two programs 42-62-2. That score does include a 4-1 Clemson win last season in Tiger Town.