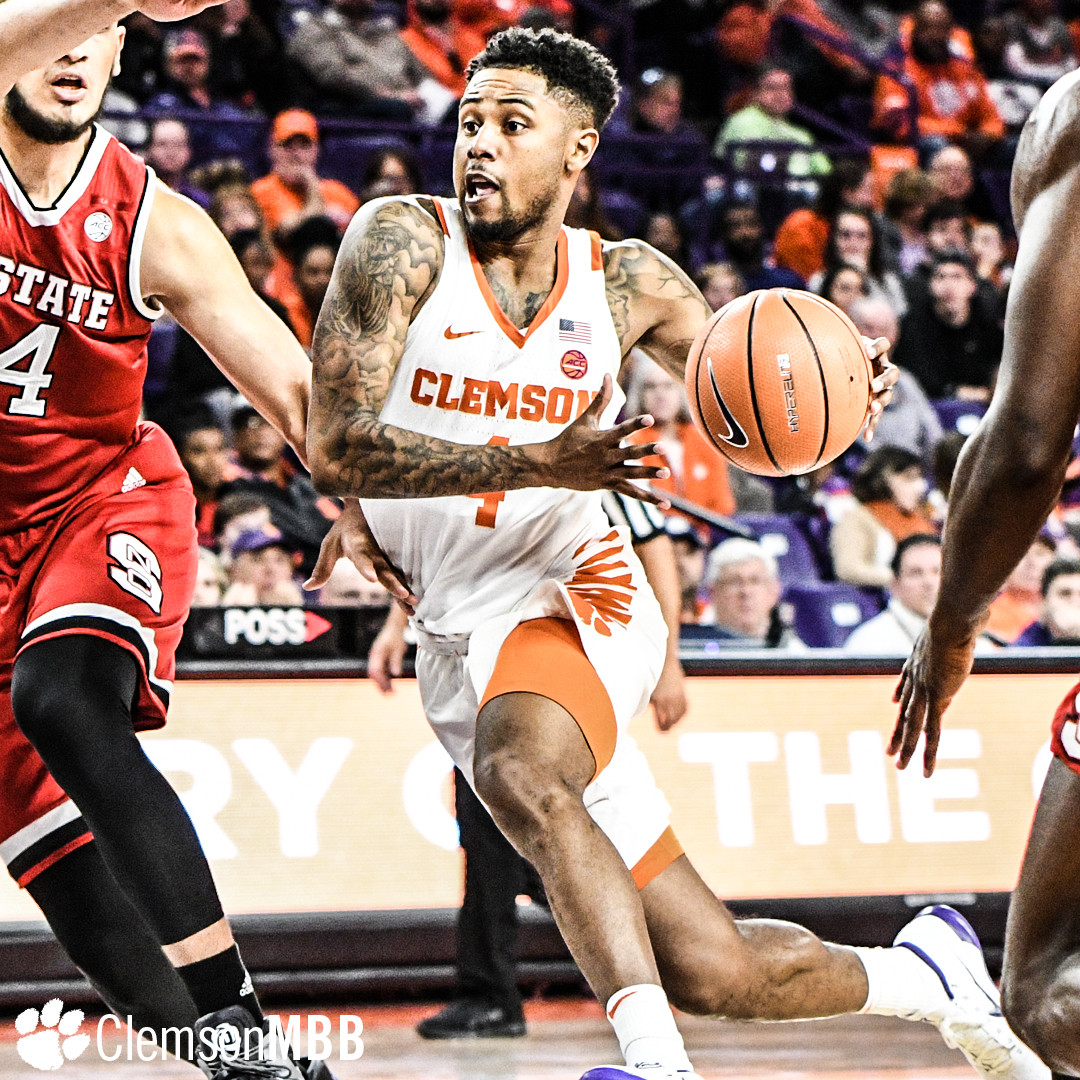 • Clemson is 15-7 all-time against Boston College; 3-6 on the road.• The Tigers have won five-straight in the series dating back to 2013-14.• This will mark the first game Clemson will play as a ranked team in the AP Poll since Jan. 23, 2010 (No. 17) against Duke.• Tigers improved to 71-29 overall in Nov./Dec. under Brad Brownell.• Clemson is one of only three teams in the country to have a perfect record over the last two Decembers (13-0), joining Purdue and West Virginia (Chris Forman, Purdue).

SERIES HISTORYCU Series W-L record: Clemson is 15-7 all-time against Boston College. Streak: The Tigers have won five games in a row in the series.

TIGER TRACKS• The Tigers entered the AP Top 25 poll (No. 25) for the first time since the 2009-10 season. Clemson is receiving 45 votes in the USA Today Coaches Poll. Clemson’s RPI checks in at 14th nationally.• With the win over NC State, head coach Brad Brownell moved into sole possession of the most wins over ACC teams in Clemson history (regular season and tournament) with 60.• Coach Brownell (136 victories at Clemson) is two wins shy of tying and three shy of passing Oliver Purnell for the third most wins at Clemson.• With four rebounds, Donte Grantham would become just the sixth player in Clemson history to amass 1,000 points, 500 rebounds and 200 assists in a career.• Elijah Thomas is one of only three players in the country currently averaging at least 11.0 points, 8.5 rebounds and 2.5 blocks per game, while shooting at least 60.0 percent. (Sports-Reference CBB)