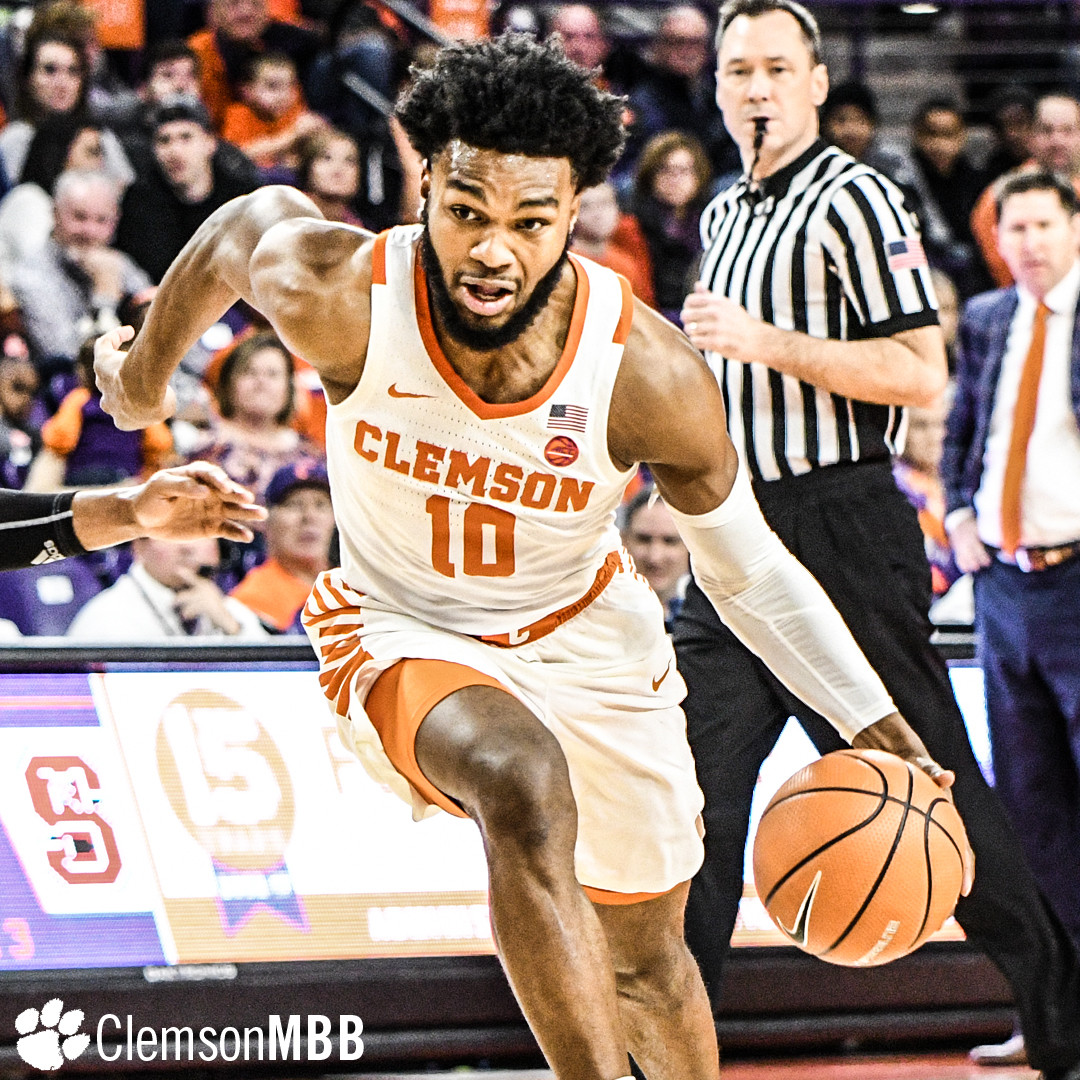 TIGER TRACKS• The Tigers entered the AP Top 25 poll (No. 25) for the first time since the 2009-10 season. Clemson is also ranked in the USA Today Coaches Poll at No. 25.• Clemson’s RPI checks in at 10th nationally. Four teams from the ACC are ranked in the top 10.• Coach Brownell (137 victories at Clemson) is one win shy of tying and two shy of passing Oliver Purnell for the third most wins at Clemson.• Donte Grantham became just the sixth player in Clemson history to amass 1,000 points, 500 rebounds and 200 assists in a career.• He is also just the sixth player in program history to finished a game with at least 20 points, 10 rebounds and 5 assists.• The 20-10-5 club is an exclusive one. Grantham joins Larry Nance, Vincent Hamilton, Horace Grant, Elden Campbell and Sharone Wright.• Those previous five are in the Clemson Hall of Fame and members of the Centennial team chosen in 2012. Four of the five were first-round NBA selections.