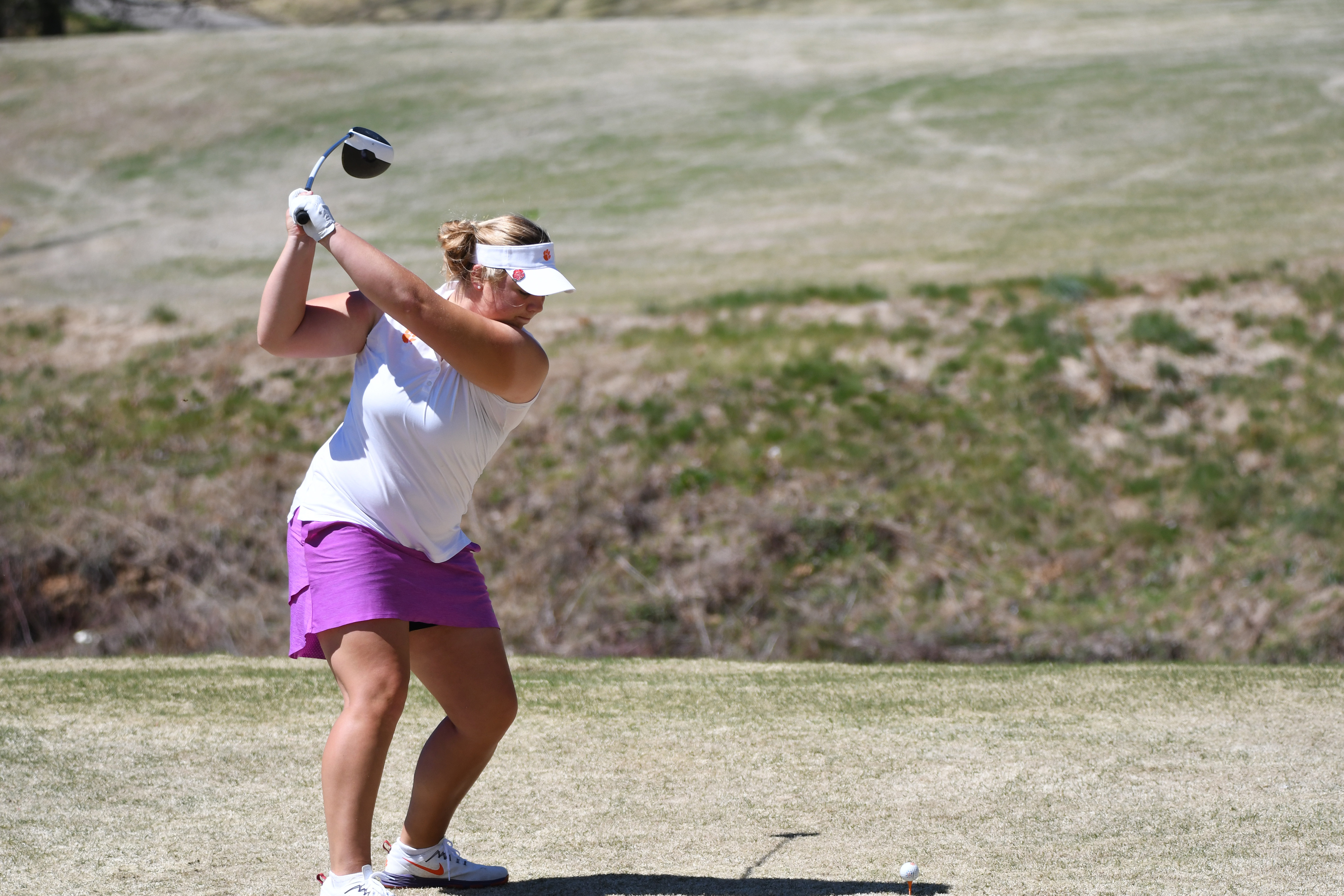 Clemson, S.C.—Kelley Hester’s Clemson women’s golf team heads back on the road next Monday and Tuesday to compete in the Betsy Rawls Longhorn Invitational at the University of Texas Golf Course in Austin, Tex.   The 15-team event features seven top 25 teams, including Clemson, who is ranked 25th in the nation in the latest Golfweek/Sagarin rankings.   The field will play 36 holes on Monday and 18 on Tuesday to complete the 54-hole, two-day tournament.

The field includes third-ranked Arizona State, 10th ranked Kent State, 11th ranked Furman and 17th ranked Texas Tech. Miami (FL) is the only other ACC school in the national field that will play on the par 72 course that is 6,278 yards in length.

Clemson is coming off one of its top performances, a second-place at the Schooner Fall Classic in Norman, Oklahoma.   Clemson finished second in a field that included seven top 25 teams (entering the tournament). The Tigers defeated current top 25 teams Florida, Texas, Oklahoma and Florida State.

Clemson has two of the top 50 players in the nation according to the latest Golfweek/Sagarin individual rankings.   Alice Hewson ranks 23rd thanks to a 69.17 stroke average. The junior All-American has finished eighth and third in her two tournament appearances so far and is 14-under-par for six rounds. That includes a school record tying 65 at the Schooner Fall Classic in her last outing. She leads the team with 28 birdies and has a school record 227 for her career.

Ana Paula Valdes has a 70.00 stroke average so far this year and ranks No. 47 in the nation in the latest Golfweek/Sagarin rankings. The sophomore from Mexico finished fourth at the Schooner Fall Classic with a career best 207 total. She had a career best 67 in the final round.

Sophomores Ashley Czarnecki and Kennedy Swann also will be in the Clemson lineup. Czarnecki has a 73.83 stroke average so far this year. All six of her rounds have counted towards the Clemson team score. Swann has a 74.67 stroke average, including a pair of two-under-par scores of 69 at the Schooner Fall Classic where she was a big factor in Clemson finishing second.

Marisa Messana is the only senior in the Clemson lineup.   She is playing in her 32nd career tournament and has a 75.40 stroke average for the season, including a season best 70 at the Mason Rudolph.