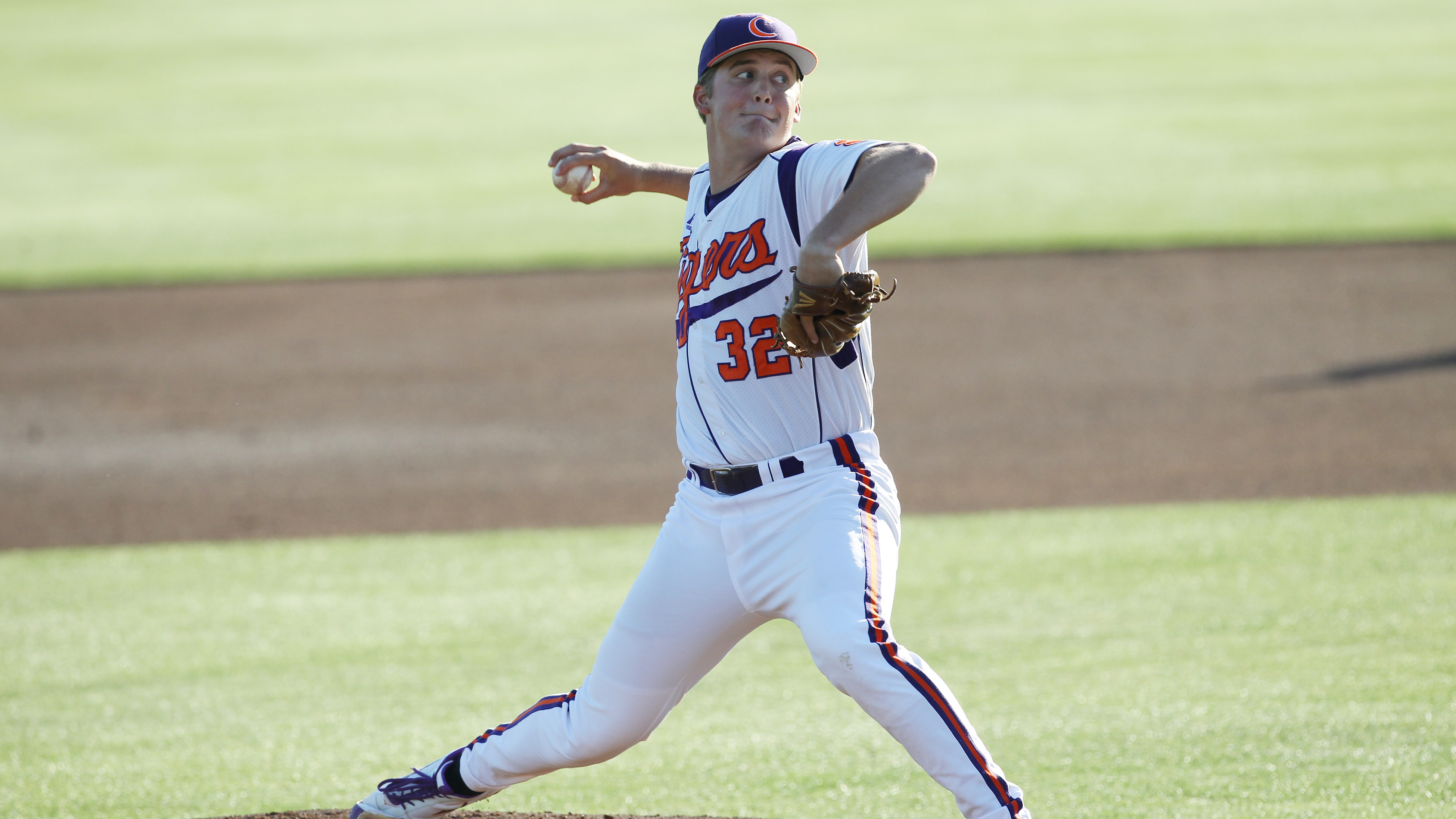 CLEMSON, S.C. – Four righthanders combined to toss a four-hit shutout in No. 24 Clemson’s 1-0 win over High Point at Doug Kingsmore Stadium on Wednesday night. It was the first meeting between the two schools since 2008, as the Tigers (30-19) improved to 10-0 all-time against the Panthers (25-19). Clemson, who won its fifth game in a row, also reached the 30-win mark for the 40th consecutive season.

Tiger starter Clate Schmidt (5-6) earned the win by allowing just four hits, no runs and three walks with four strikeouts in 6.0 innings pitched. Drew Moyer, Clay Bates and Matt Campbell all pitched a scoreless inning to close out the game, as Campbell recorded his seventh save of the season. Panther starter Jon Carlson (1-1) suffered the loss despite pitching 6.1 strong innings.

“I thought our pitchers were excellent today,” said Head Coach Jack Leggett. “Clate Schmidt was the best that we have seen him all year long, he handed it off cleanly to Drew Moyer and Drew handed it off to Clay Bates, who did a really nice job. Matt Campbell came in at the end and did his job. I was really pleased with how we pitched. We also made some good defensive plays.”

Clemson dented the scoreboard in the third inning when Steven Duggar led off with a single and scored on Garrett Boulware‘s sacrifice fly. The Tigers travel to South Bend, Ind. to take on Notre Dame in a three-game series beginning Friday at 7:30 p.m. on ESPNU.