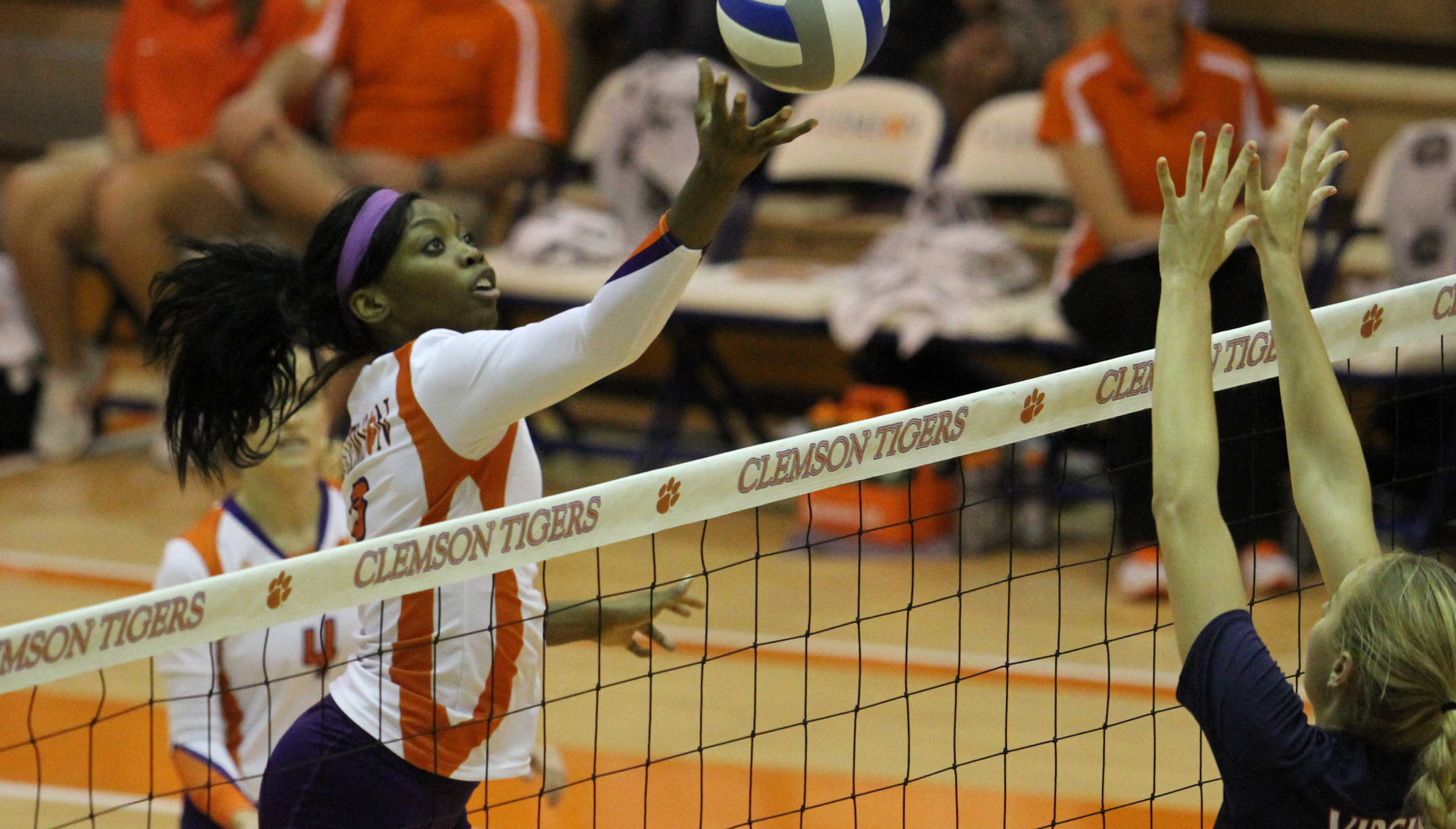 No. 24 Miami Edges Clemson in Five

Sandra Adeleye had a Clemson-season-high 19 kills and 23.5 points, but the Tigers couldn’t overcome a school-record 23.0 blocks from the Hurricanes to win. Clemson will return to play on Sunday at noon as they take on 12th-ranked Florida State in the annual Dig Pink match.

Emani Sims of Miami played an exceptional match, recording 16 kills and 16 total blocks, and had a monster third set, with nine kills and four blocks.

Clemson had seven aces on the night, and outscored the Hurricanes by ten on service points on the night. Faust led all players in tying a career-high with four. She entered the match among the top ten in the ACC in aces.

Miami took the first set, 25-23, despite a furious Clemson comeback. The Canes nailed 18 kills and had four blocks. The Tigers limited errors and hit .231 in the set, but Miami’s .273 mark was enough to hold the Tigers off.

Clemson burst back in the second set, holding Miami to .000 hitting and just seven kills in the frame. The Hurricanes tallied eight blocks in holding the Clemson attack from pulling away. Clemson countered with five blocks of their own and had 13 kills to knot the match at 1-1.

Miami struck back in the third, 25-20 in hitting a match-high .400. Four Clemson players registered three kills apiece, but the hot hitting helped Miami to keep a comfortable lead.

Clemson fought back in the fourth after trailing 18-15 in the set. Clemson roared back to, and outscored Miami, 10-6 down the stretch to send the match to a fifth set. Clemson was able to win despite Sims’ huge set. Adeleye led Clemson with five kills, and the Tigers put down six blocks in the set, led by four from Adeleye.

The fifth set was tight all the way through, with Miami taking an 9-6 lead early, before Clemson got to within one at 9-8. Miami scored five of the next six to pull away, and would take the set, 15-11.