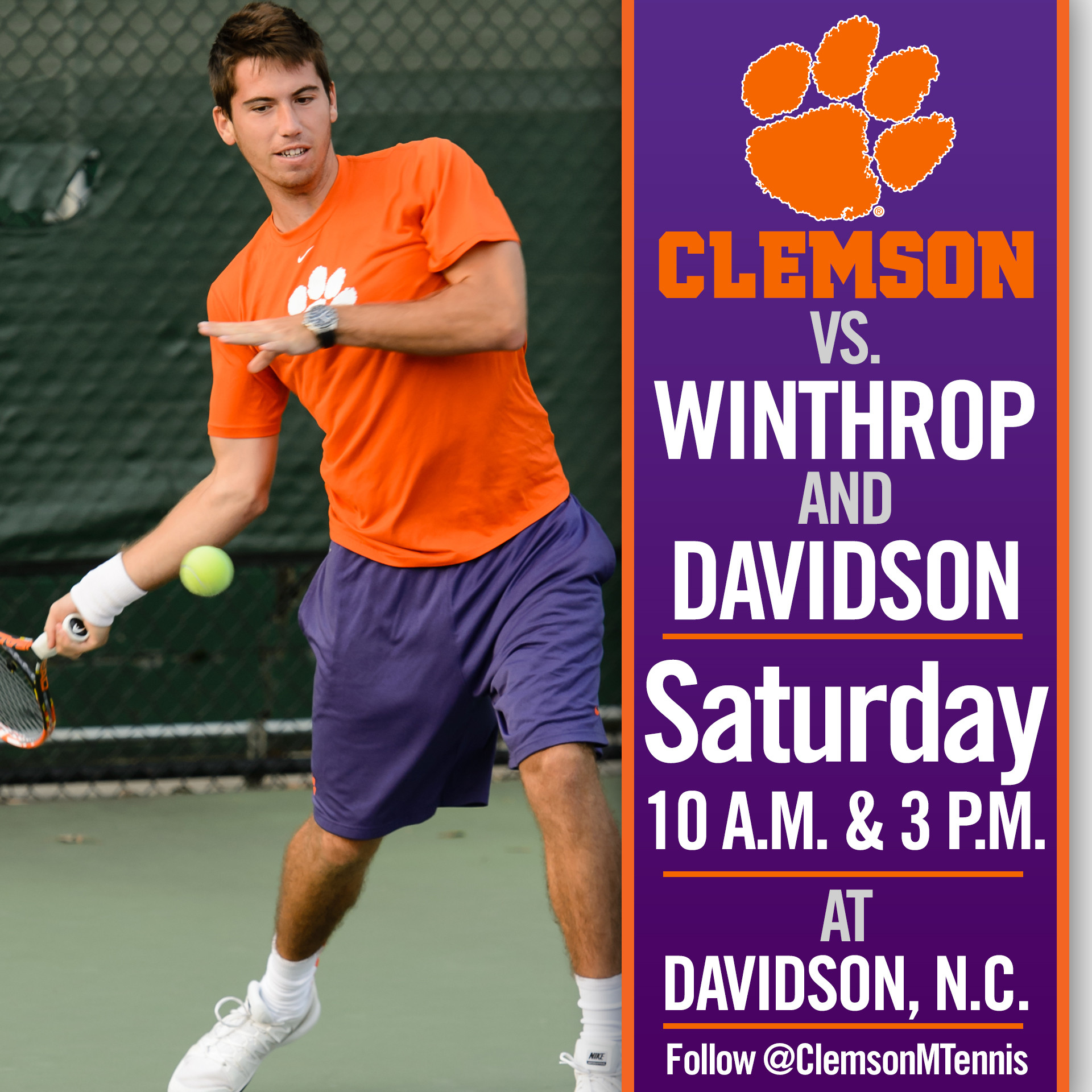 No. 24 Clemson Begins Spring Season at Davidson on Saturday

CLEMSON, S.C. – The 24th-ranked Clemson men’s tennis team begins its 2015 spring season at Davidson with matches against Winthrop and Davidson on Saturday, Jan. 17. The Tigers face Winthrop at 10 a.m. and take on Davidson at 3 p.m. Updates will be available on Twitter at @ClemsonMTennis following the matches.

Clemson comes off a successful fall season in which many players gained valuable playing experience. Senior Hunter Harrington, ranked as the 69th best singles player in the nation by the ITA, won the 2014 USTA Collegiate Clay Court Invitational at Disney on Nov. 2. Harrington and fellow senior Alejandro Augusto advanced to the doubles final of the ITA Carolina Regionals in the fall, and are ranked as the 60th best doubles team in the country heading into the spring season, according to the ITA.

Scouting DavidsonDavidson fell in the first round of the Southern Conference tournament to Chattanooga last spring. The Wildcats finished the regular season with a 5-17 overall record. Clemson and Davidson have met 10 times in the history of the two programs, most recently in 2013, a 7-0 Clemson win. The Tigers and Wildcats have each won five matches in the series, which started in 1923.