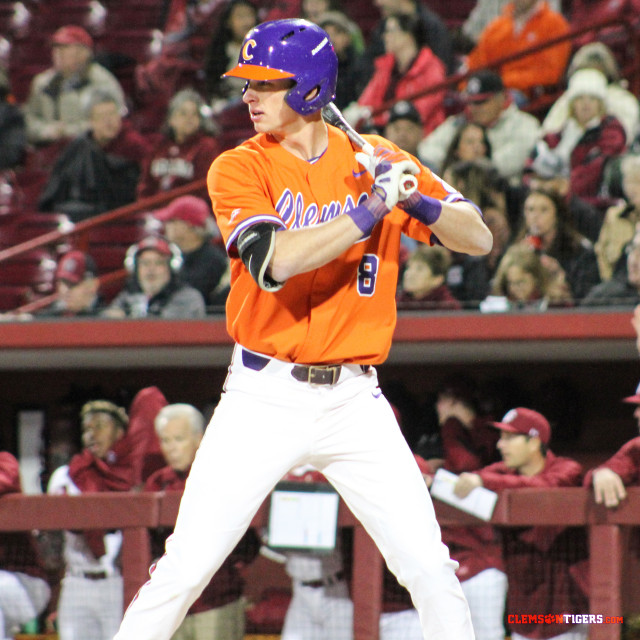 COLUMBIA, S.C. – TJ Hopkins hit a sacrifice fly in the ninth inning to score Danny Blair, propelling No. 23 South Carolina to a 3-2 walkoff win over No. 7 Clemson at Founders Park on Friday night. The Gamecocks, who took a 1-0 lead in the series, improved to 7-3, while the Tigers dropped to 8-1.

The Gamecocks struck first in the fifth inning with a two-out run thanks to a costly Tiger error. Seth Beer responded in the sixth inning with a towering two-run homer, his third long ball of the year, to break up Adam Hill’s no-hitter and to give Clemson a 2-1 lead. Pinch-hitter Matt Williams tied the score in the eighth inning with a pinch-hit home run, his first homer of the year. Jonah Bride led off the ninth inning with a walk and moved to third base with no outs on a Tiger error on a pickoff attempt. Two batters later with one out, Hopkins lofted a sacrifice fly to left field.

The series continues Saturday at 3 p.m., at Fluor Field in Greenville, S.C. Clemson is the designated home team and will occupy the first-base dugout.