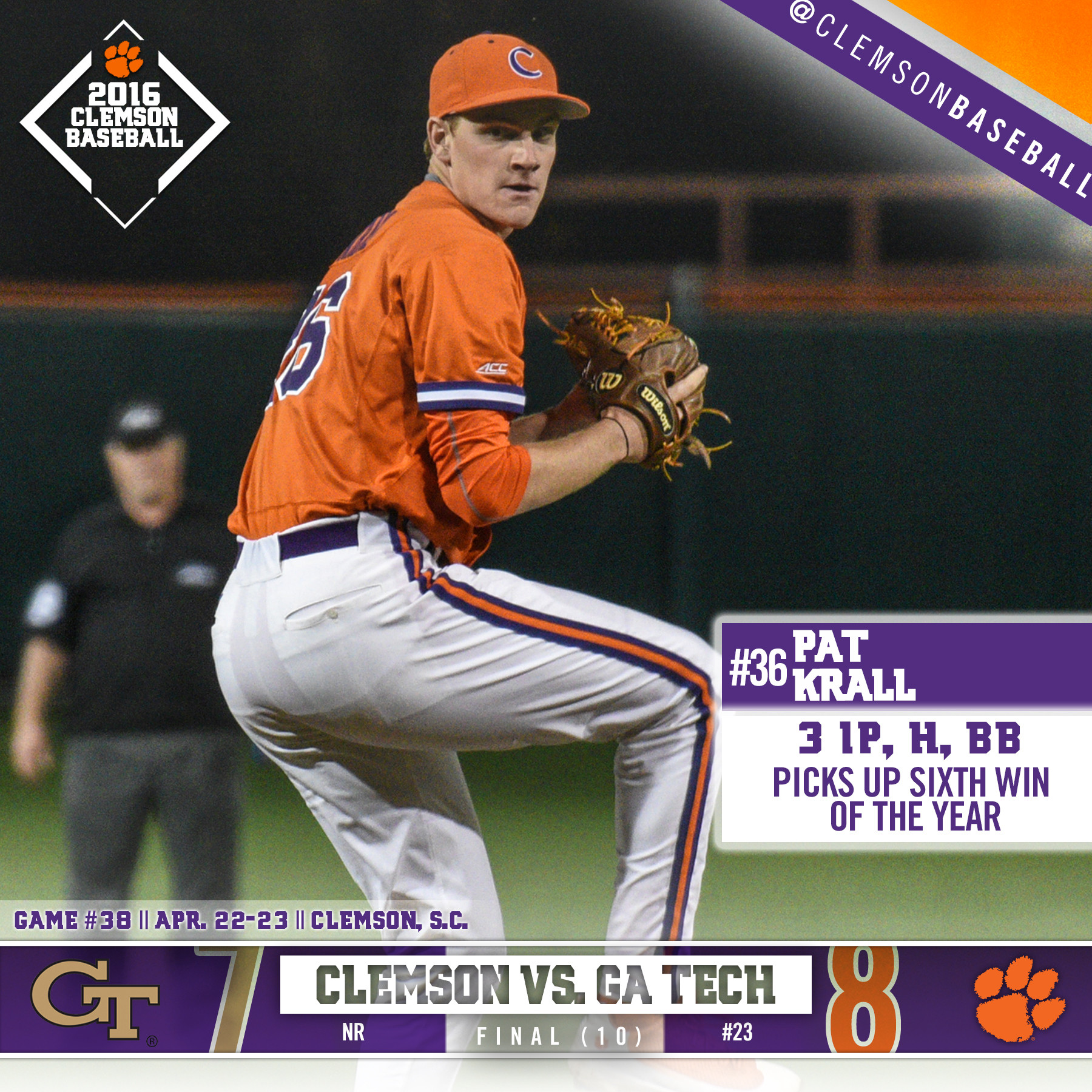 CLEMSON, S.C. – Eli White’s line-drive single to left field with one out in the 10th inning scored Reed Rohlman and lifted No. 23 Clemson to an 8-7 walkoff win over Georgia Tech at Doug Kingsmore Stadium in a game that started Friday and ended Saturday. The Tigers, who took a 1-0 lead in the series, improved to 26-12 overall and 9-10 in the ACC. The Yellow Jackets fell to 25-13 overall and 8-10 in ACC play.

The Tigers scored two runs in the second inning thanks in large part to two errors. But Georgia Tech stormed back with Connor Justus’ solo homer in the third inning along with two runs in the fifth inning, three runs in the sixth inning and a run in the top of the seventh inning to build a 7-2 lead.

Clemson answered with five runs in the bottom of the seventh inning after a crucial two-out error that allowed the first run to score. Chris Okey then belted a three-run double, followed by Rohlman’s single to tie score 7-7. After the game was halted on Friday at the end of the eighth inning due to inclement weather, play resumed on Saturday afternoon. Rohlman led off the 10th inning with a single and moved to second on a groundout before scoring on White’s walkoff single.

Pat Krall (6-1) earned the win by allowing just one hit, no runs and one walk in 3.0 innings pitched. Matthew Gorst (0-1) suffered the loss.

The series continues Saturday at 6:30 p.m. Live video is available for free on TigerCast at ClemsonTigers.com. The first 500 fans receive a pack of player trading cards.