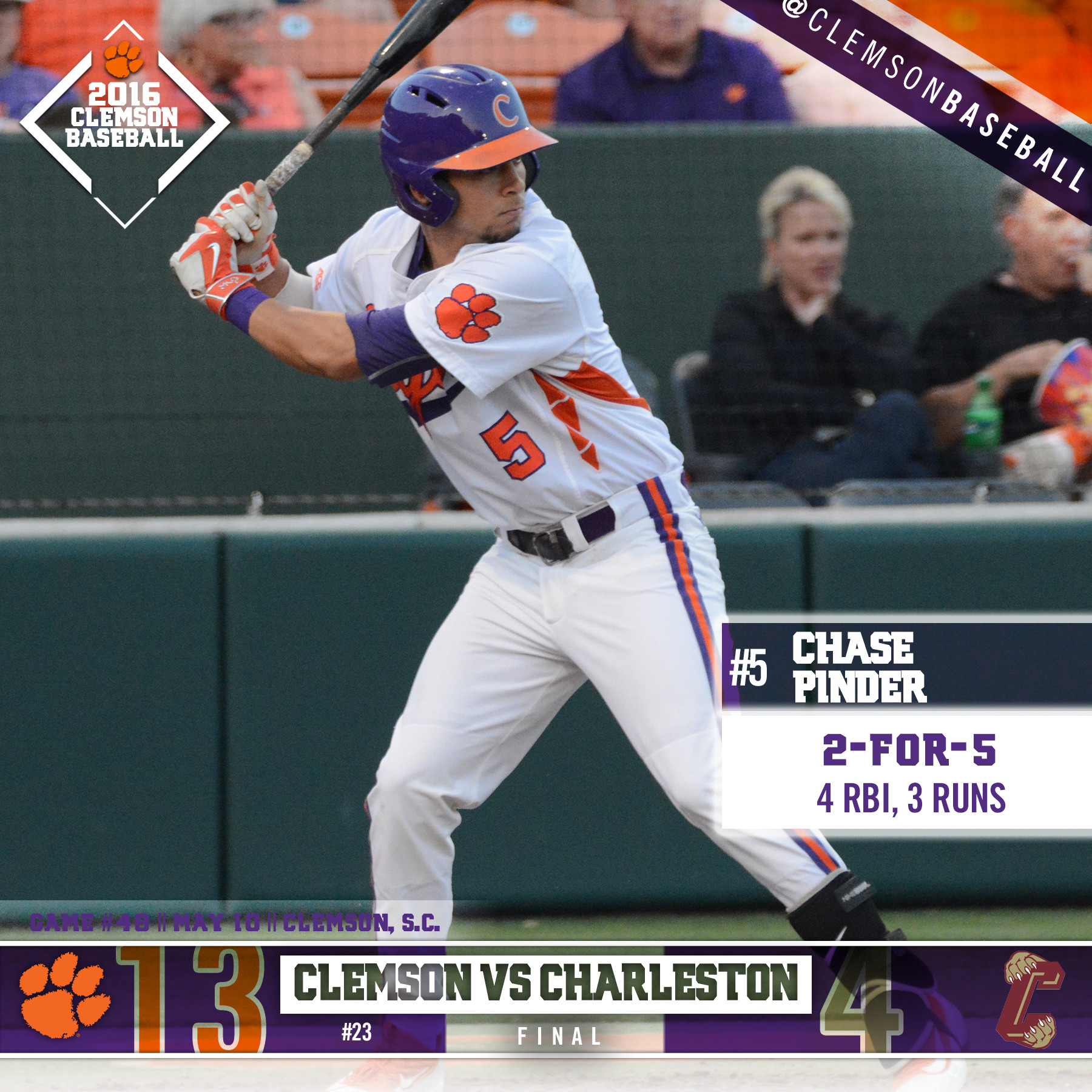 CLEMSON, S.C. – Trailing 4-0 with two outs and the bases empty in the fourth inning, No. 23 Clemson tallied eight straight hits to score seven runs in its 13-4 victory over College of Charleston at Doug Kingsmore Stadium on Tuesday night. The Tigers, who took a 1-0 lead in the two-game, midweek series, improved to 32-16, while the Cougars fell to 24-22-1.

College of Charleston, the alma mater of Tiger head coach Monte Lee, who was the head coach of the Cougar program from 2009-15, scored four runs in the top of the fourth inning. But the Tigers stormed back with seven runs on eight two-out hits in the bottom of the fourth inning. Chase Pinder, who had a game-high four RBIs, belted a two-run single to give the Tigers the lead, then Chris Okey capped the scoring with a two-run double, Clemson’s only extra-base hit of the inning. The Tigers added four runs in the sixth inning, one run in the seventh inning and one run in the eighth inning.

Tiger reliever Patrick Andrews (1-0) earned his first win since 2013 by tossing 3.1 hitless and scoreless innings in relief with three strikeouts. Cougar reliever Clay Hunt (0-1) suffered the loss, as he gave up nine runs on nine hits in 1.2 innings pitched.

The two-game series concludes Wednesday at 4 p.m., on ESPN3. Fans can purchase four tickets and a $10 concession voucher for only $30. Fans can also purchase one regular-price ticket and get one of equal value for free.