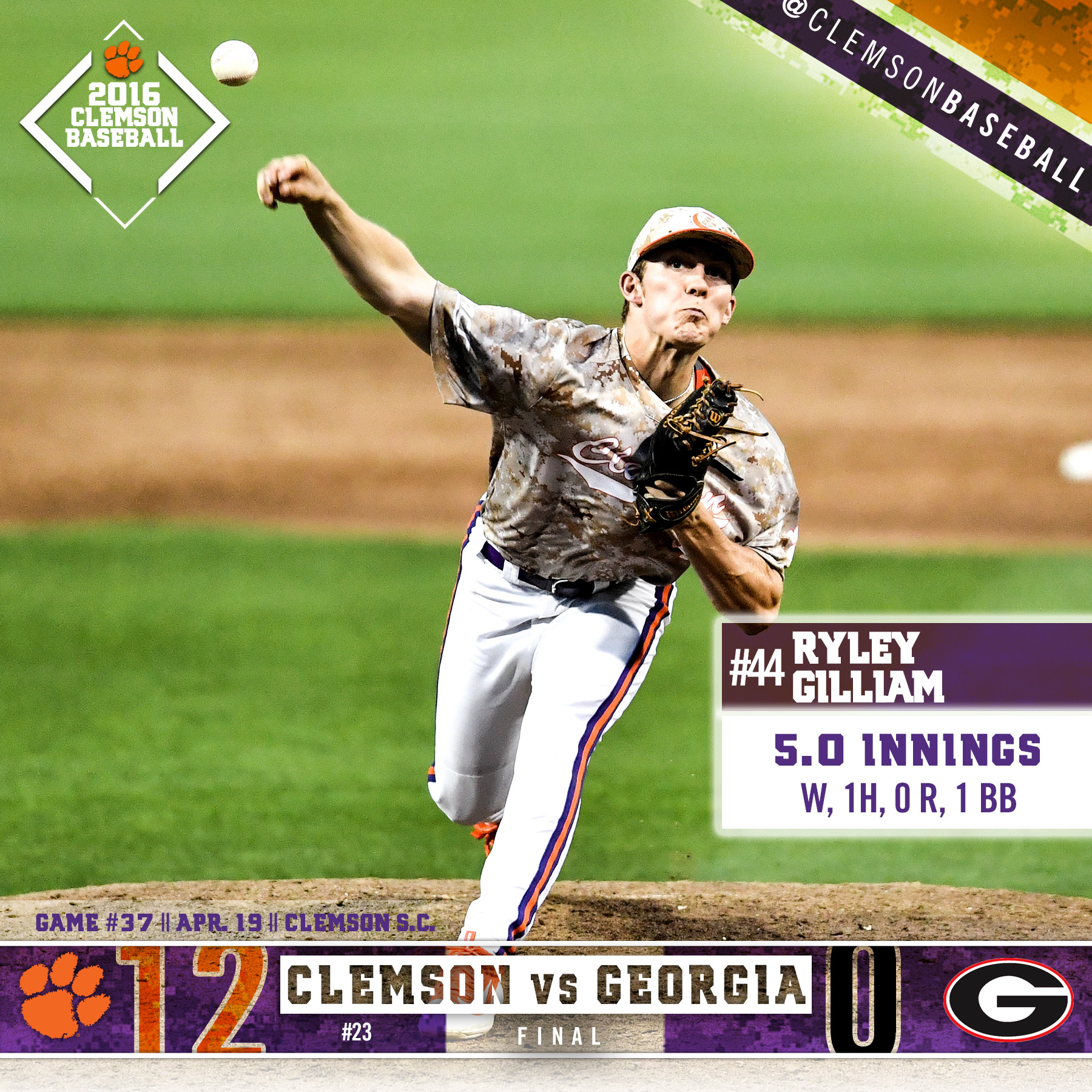 CLEMSON, S.C. – The No. 23 Clemson Tigers scored five runs in the first inning and never looked back in their 12-0 victory over Georgia at Doug Kingsmore Stadium on Tuesday night. The Tigers, who won both games of the home-and-home season series, improved to 25-12, while the Bulldogs dropped to 20-18. Clemson also improved to 10-0 in midweek games in 2016, marking the first time it won its first 10 midweek games since 1988.

Reed Rohlman and Chris Williams hit back-to-back two-run doubles in the first inning, then Clemson took a 10-0 lead in the fourth inning on Chris Okey’s grand slam, his seventh long ball of the season. Seth Beer added a two-run single in the fifth inning. Okey went 2-for-4 with a game-high five RBIs, while Beer was 2-for-2 with three RBIs and two walks.

Freshman righthander Ryley Gilliam (2-0) earned the win in his second career start. In 5.0 innings pitched, he allowed just one hit, no runs and one walk with one strikeout. Five Tiger pitchers combined to give up only three hits and keep Georgia from advancing a runner past second base in the game. Bulldog starter Andrew Gist (3-2) suffered the loss, as he yielded six runs on six hits in 3.1 innings pitched.

The Tigers continue their 13-game homestand with a three-game series against Georgia Tech this weekend beginning Friday at 6:30 p.m. Live video is available for free on TigerCast at ClemsonTigers.com. Fans can purchase four tickets and a $10 concession voucher for only $30. Friday is also Beach Bash, as we’re bringing the beach to Doug Kingsmore Stadium just in time for summer.