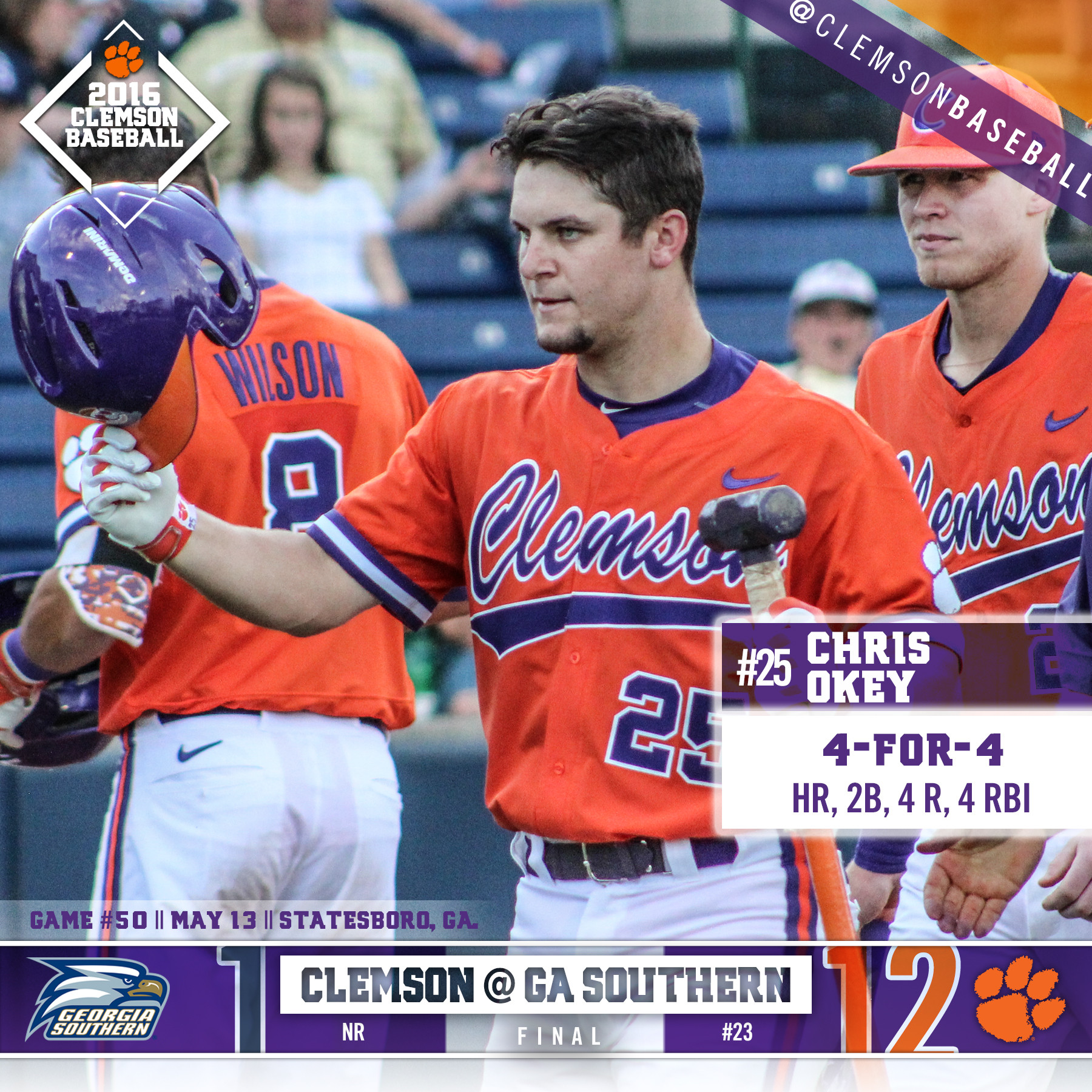 STATESBORO, GA. – Chris Okey, Chris Williams and K.J. Bryant all belted home runs to lead No. 23 Clemson to a 12-1 victory over Georgia Southern at J.I. Clements Stadium on Friday night. The Tigers, who took a 1-0 lead in the series, improved to 33-17, while the Eagles fell to 30-21.

Chris Okey lined a three-run homer, his 10th long ball of the year, in the first inning. After the Eagles scored a run in the second inning, Williams belted another three-run homer in the fourth inning, then Clemson added three runs in the fifth inning, highlighted by run-scoring doubles by Okey and Reed Rohlman. Bryant laced a home run to lead off the sixth inning and the Tigers added two runs in the seventh inning on run-scoring singles by Rohlman and Williams.

Tiger starter Charlie Barnes (5-4) earned the win by pitching 7.0 innings, allowing just five hits, one run and one walk with seven strikeouts. The sophomore lefthander retired 14 of the last 15 batters he faced. Eagle starter Evan Challenger (5-4) suffered the loss, as he gave up nine runs on seven hits in 5.0 innings pitched.

The series continues Saturday at 7 p.m.