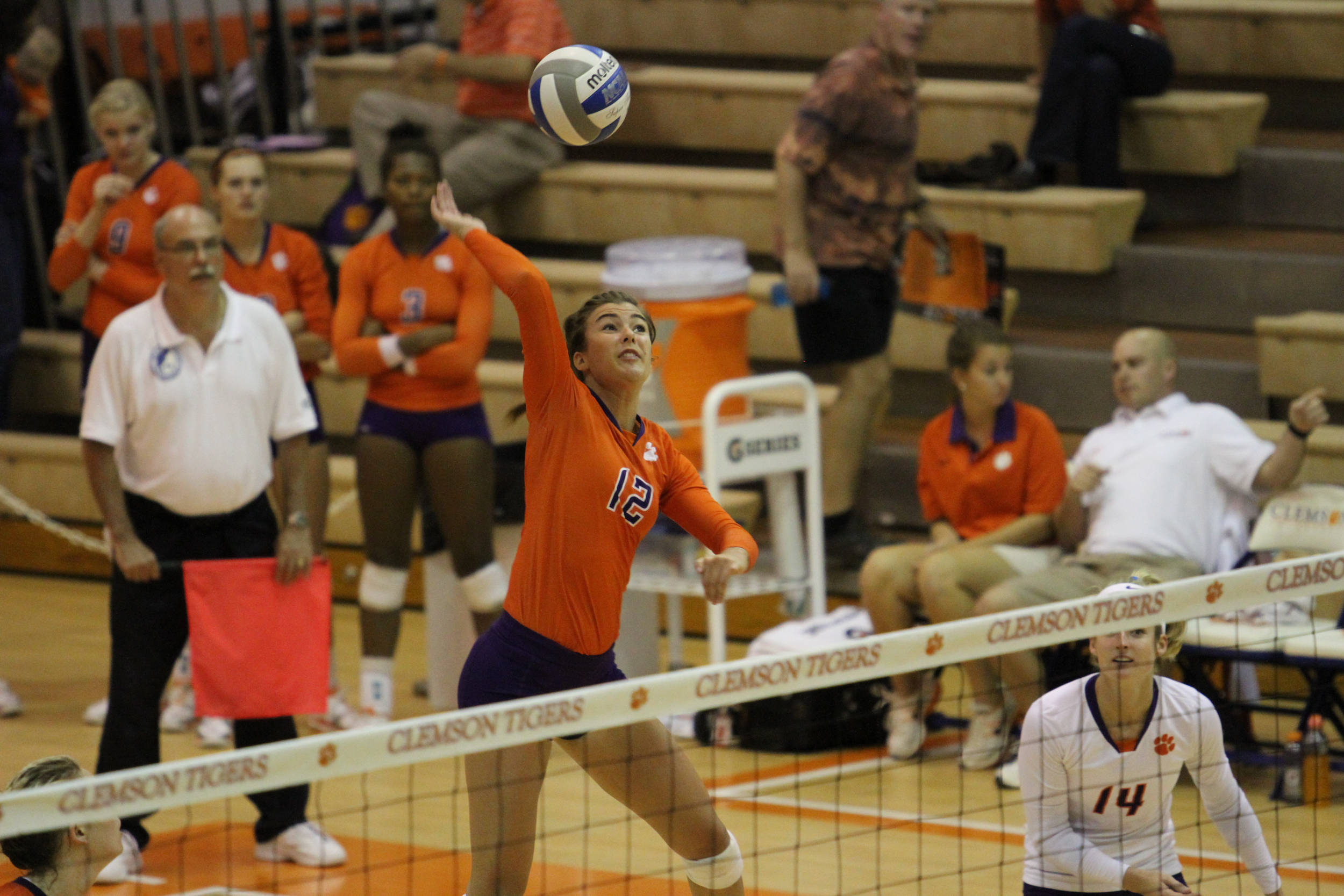 The Tigers trailed, 2-0 in the match before hitting .519 on their way to a 25-16 win in the third set. They then fought off a seven-point deficit to take a 22-21 lead in the fourth set, but couldn’t close the door to force a fifth.

Kristin Faust led all players with 16 kills and also added 13 digs and an ace on her way to a team-high 17.0 points. Mo Simmons and Sandra Adeleye added ten kills apiece, with Simmons also adding 12 digs.

Adeleye moved into ninth on Clemson’s all-time list with 1,442nd kill, and finished the night with 1,445 for her career.

Clemson hit .236 in the match, equaling the Tar Heels’ attack. North Carolina was able to block eight of Clemson’s attacks. The Tigers had 30 fewer attempts than the Heels, but also had 15 fewer kills. The Tar Heels had 25 attack errors, despite hitting into only five Tiger blocks.

The win extended the Heels’ streak over Clemson to six in a row as Clemson fell to 16-55 all-time against UNC.

Four Tar Heels had double-figures in kills, led by Lauren Adkins and Paige Neuenfeldt, who had 13 apiece. Both teams registered 70 digs and three aces. The Tigers did make six fewer service errors, however.

Clemson’s best set was the third, when they hit a blistering .519. Faust did most of the damage, racking up six kills on ten swings in the 25-16 win.

The Tigers will play next at home against Wake Forest in their Solid Orange match on Thursday at 7:00 pm. They’ll honor their senior before they play Duke on Friday at 7:00 pm, and close the season the following Tuesday at 5:00 pm against Georgia Tech.