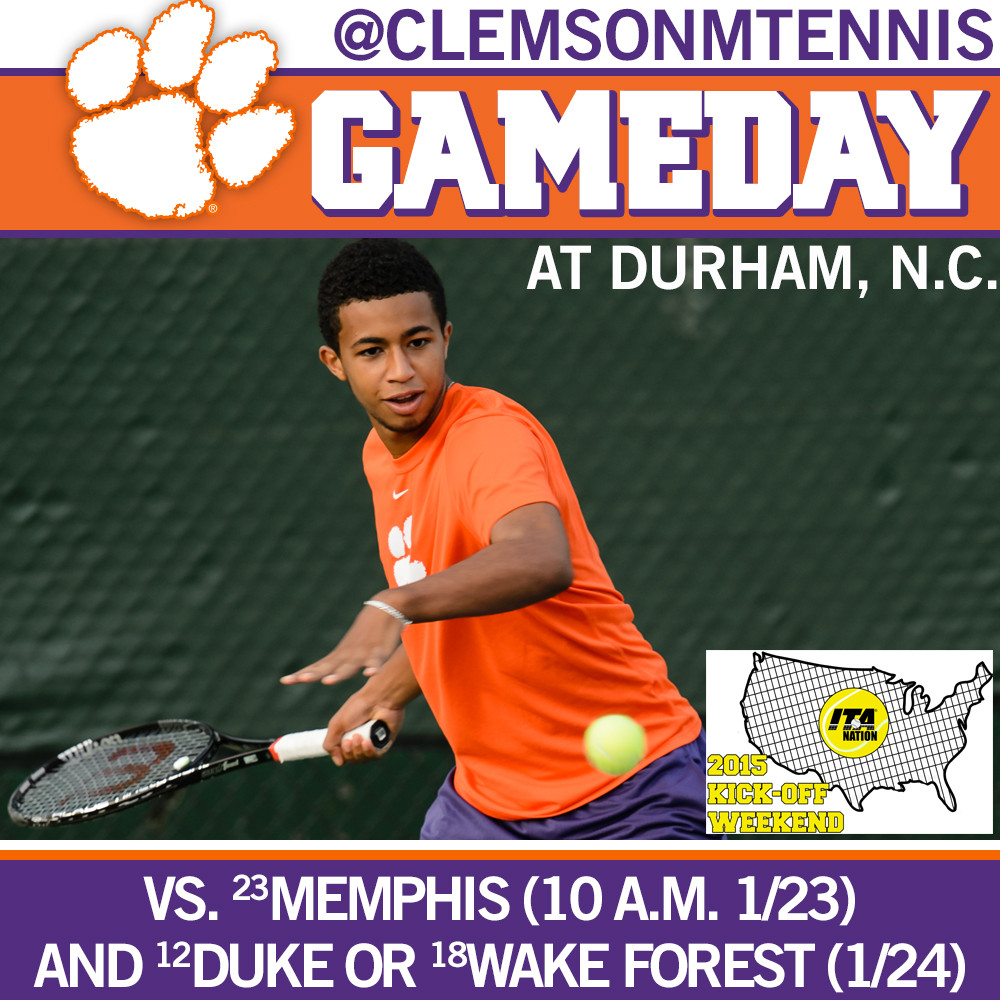 No. 22 Clemson Meets No. 23 Memphis Friday at ITA Kickoff in Durham

DURHAM, N.C. – The 22nd-ranked Clemson men’s tennis team is in Durham, N.C. this weekend for the annual ITA Kickoff event. The Tigers face No. 23 Memphis at 10 a.m. on Friday, followed by either No. 12 Duke or No. 18 Wake Forest on Saturday, depending on Friday’s results. Live stats will be available on GoDuke.com, and updates will also be provided via @ClemsonMTennis on Twitter. Video streaming is available for select matches.

The two Tigers have met only once before, during the 1979 season. Memphis was victorious 6-3.

Scouting DukeThe Blue Devils are ranked 12th nationally this week after two wins over Michigan State and Kentucky. Duke knocked off the 62nd-ranked Spartans 7-0 and rolled past the 19th-ranked Wildcats 5-2. Duke boasts four singles players ranked among the top 103 in the nation.

Duke leads the all-time series between the Blue Devils and Clemson, 41-28. Duke has won the last seven matches in the series, which started in 1956.

Clemson leads the all-time series with the Demon Deacons 43-29. Wake Forest has bested Clemson in the last three consecutive matches between the two programs.