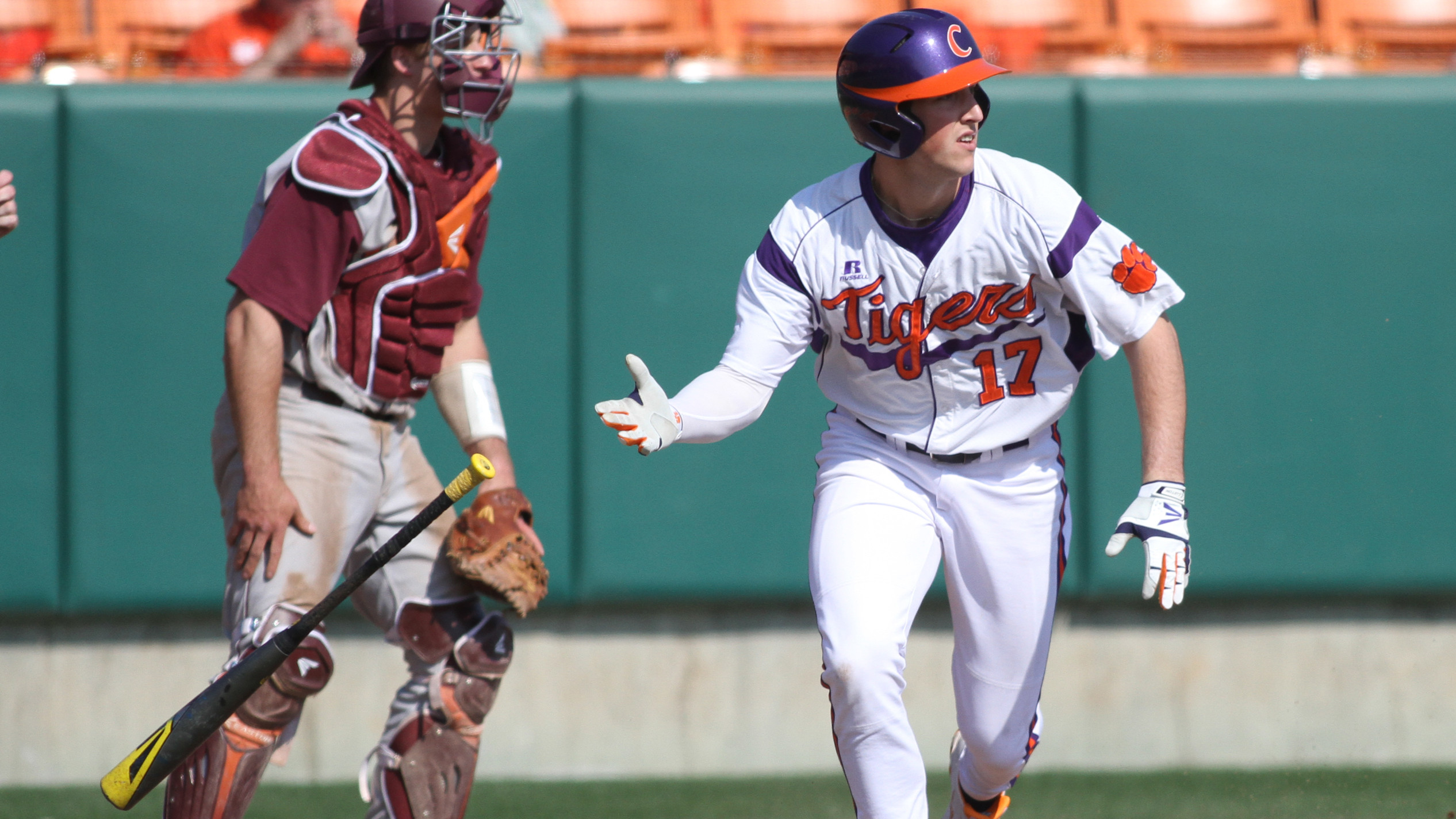 COLLEGE PARK, MD. – Steve Wilkerson‘s three-run homer in the first inning and Chris Okey‘s two-run homer in the fifth inning lifted No. 20 Clemson to a 7-1 win over No. 25 Maryland at Bob Smith Stadium in the second game of a doubleheader Friday night. The Tigers (17-9, 8-3 ACC) swept the doubleheader and took a 2-0 series lead over the Terrapins (16-8, 5-6 ACC).

Matthew Crownover (5-2) earned the win by pitching his first career complete game. He allowed just four hits, one run and no walks with nine strikeouts. Maryland starter Mike Shawaryn (5-1) suffered his first loss of the year.

The Tigers totaled 13 hits in the contest, as Wilkerson led the way by going 3-for-4 with two doubles, a homer and three RBIs. The series concludes Saturday at 2 p.m.