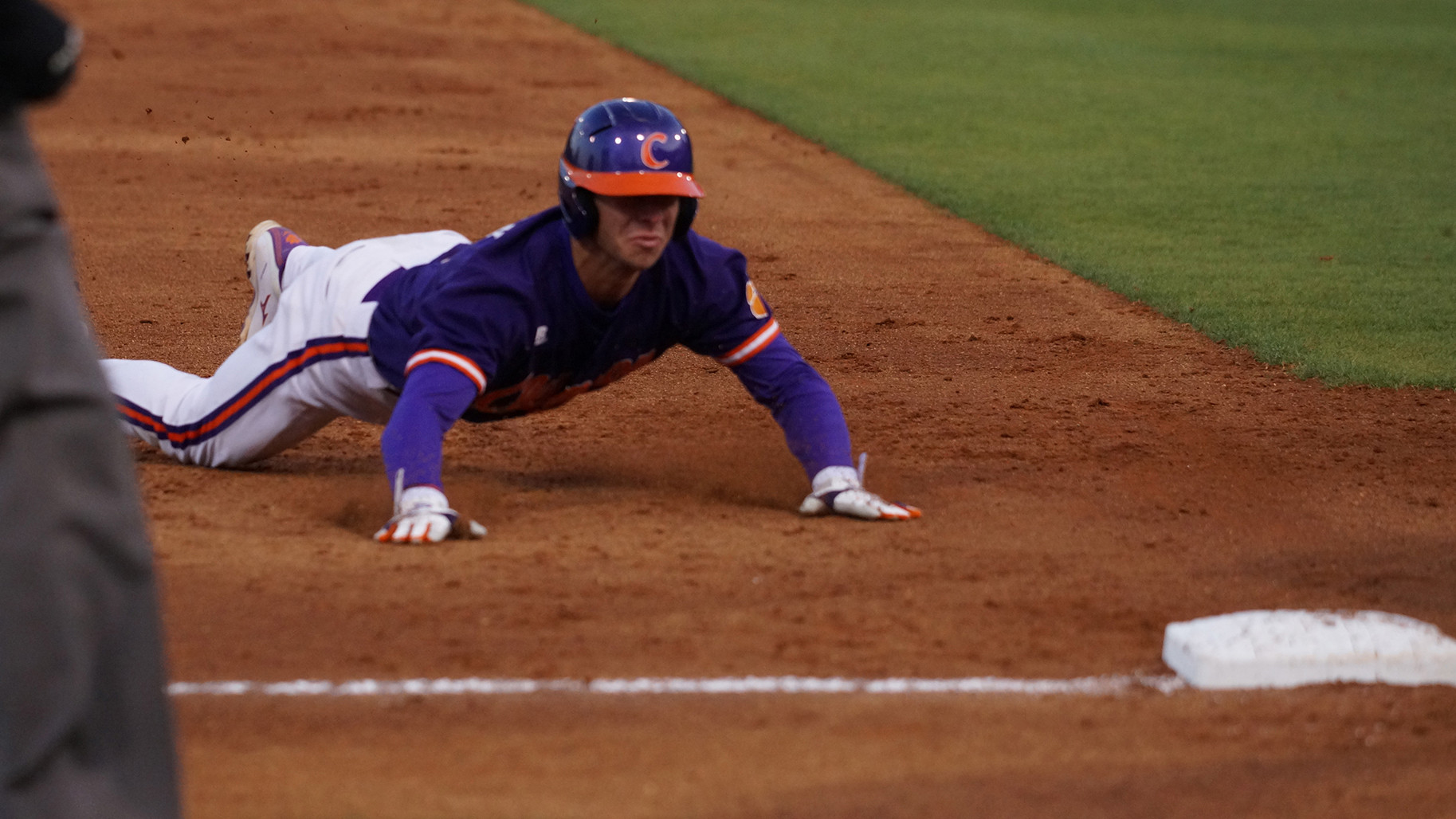 ATHENS, GA. – Every Tiger starter had at least one hit and scored at least one run by the fifth inning in No. 20 Clemson’s 16-4 victory over Georgia at a chilly Foley Field on Tuesday night. The Tigers (15-9), who won their fifth game in a row at Foley Field, took a 1-0 lead in the home-and-home series over the Bulldogs (14-11-1), as the two teams will play at Clemson on April 8.

Clemson, who totaled 17 hits in the game, scored three runs in the first inning and never relinquished its lead. The Tigers put the game out of reach with seven runs in the fifth inning, their highest-scoring frame of the season. Chris Okey‘s two-run homer and Steven Duggar‘s three-run double highlighted the uprising. Duggar led the Tigers at the plate with a career-high four hits and four RBIs in the contest.

Clemson travels to College Park, Md. to take on No. 25 Maryland in a three-game series starting Friday at 6:30 p.m.