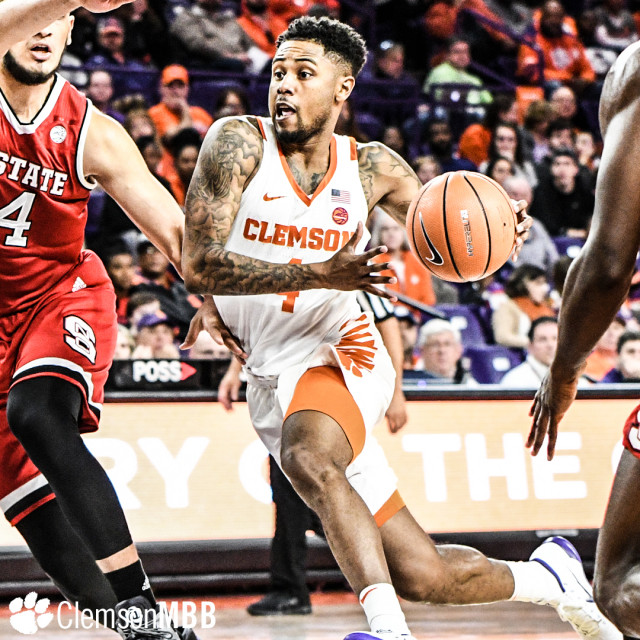 SERIES HISTORY
CU Series W-L record: Clemson is 20-131 all-time against North Carolina.
Streak: The Tar Heels have won nine in a row in the series.

TIGER TRACKS
• Clemson fell back one spot in the AP Top 25 poll this week (No. 20). Clemson is also ranked in the USA Today Coaches Poll at No. 18. Clemson’s RPI checks in at seventh nationally.
• Since head coach Brad Brownell took over prior to 2010-11, the Tigers have now won 11 games against nationally ranked opponents.
• Coach Brownell passed Oliver Purnell for the third most wins at Clemson with his 139th victory as a Tiger against Miami (Jan. 13).
• Donte Grantham, with his second made 3-pointer against Miami, moved into ninth place all-time for threes made in a career (158).
• The Tigers’ next three opponents are a combined 43-10 (at North Carolina, vs. Notre Dame and at Virginia).
• North Carolina has an average margin of victory of 20.4 points per game in its 58 wins in Chapel Hill over the Tigers.
• The Tigers’ adjusted defensive efficiency of 92.8 ranks 12th in the nation, according to KenPom.