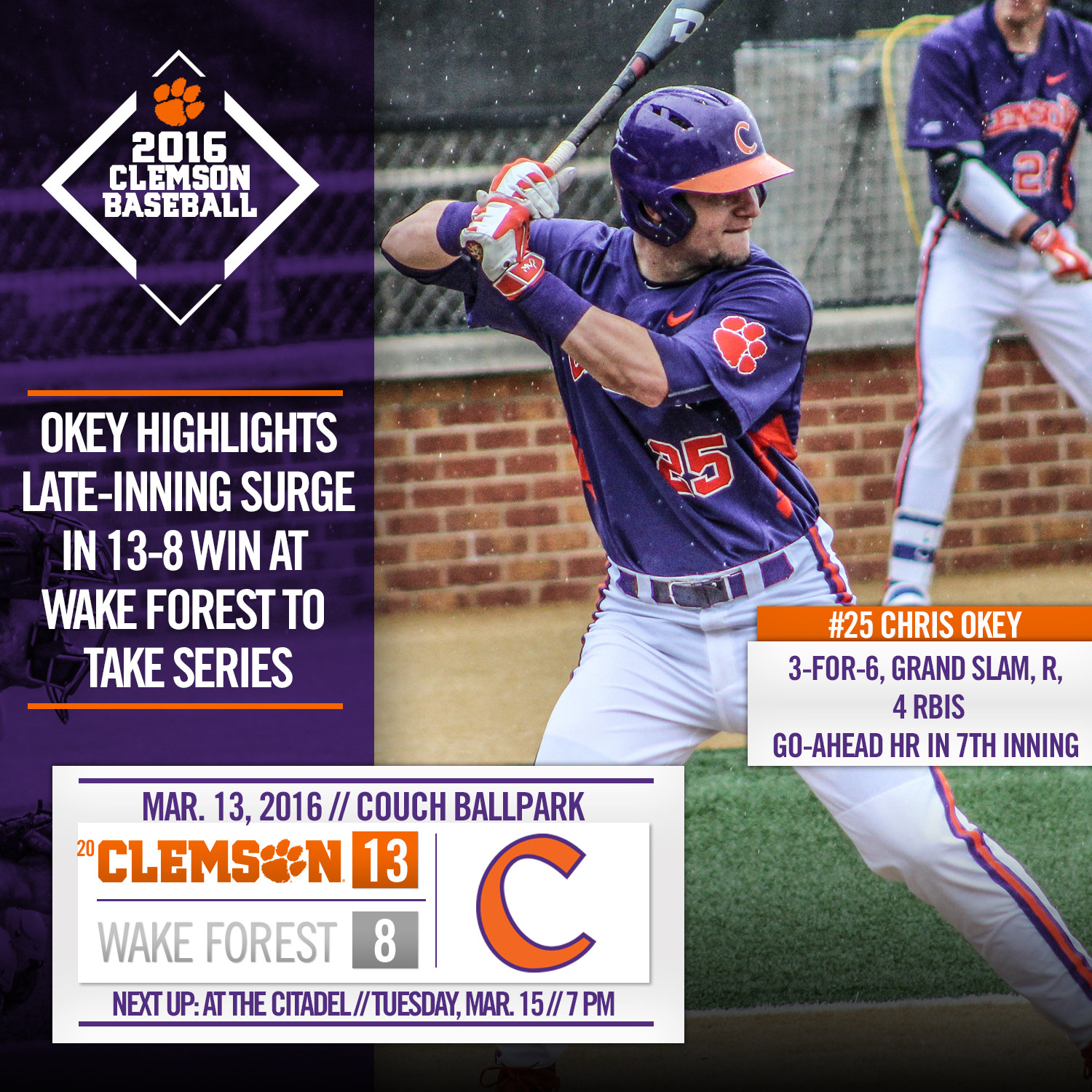 WINSTON-SALEM, N.C. – Chris Okey’s grand slam in the Tigers’ eight-run seventh inning gave No. 20 Clemson the lead for good in its 13-8 win over Wake Forest at David F. Couch Ballpark on Sunday afternoon. The Tigers, who won the series 2-1, improved to 11-3 overall and 2-1 in the ACC. The Demon Deacons fell to 11-6 overall and 1-2 in ACC play.

Seth Beer, who extended his hitting streak to 12 games, started the scoring with his fourth long ball of the series in the second inning, becoming the first Tiger with four homers in a three-game series since 2006 (Andy D’Alessio at Duke). Wake Forest fought back to take an 8-4 lead through six innings thanks to three home runs, including two by Gavin Sheets.

But the Tigers exploded for eight runs on five hits in the seventh inning to recapture the lead. Okey’s two-out grand slam down the left-field line, his third home run of the year, gave the Tigers a 10-8 lead, then Weston Wilson, a native of nearby High Point, N.C., followed with a two-run homer to cap the scoring in the frame. Wilson went 4-for-4 with a homer, three RBIs and three runs to lead the Tigers’ 15-hit attack.

The Tigers stay on the road to face The Citadel at Charleston, S.C., in a two-game, midweek series beginning Tuesday at 7 p.m. Live video is available on SoCon Digital Network via a link at ClemsonTigers.com.