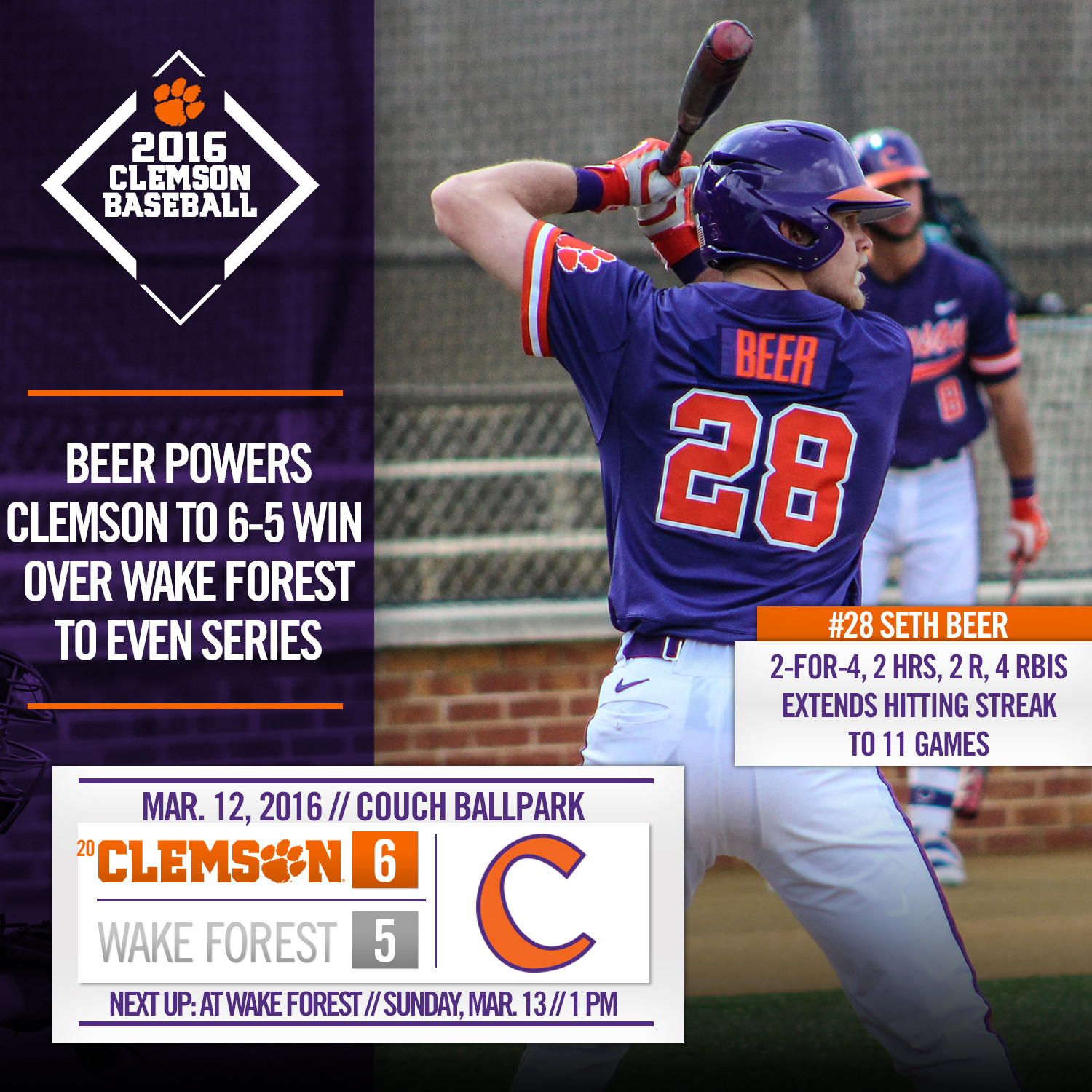 WINSTON-SALEM, N.C. – Seth Beer went 2-for-4 with two homers and four RBIs to lead No. 20 Clemson to a 6-5 victory over Wake Forest at David F. Couch Ballpark on Saturday afternoon. The Tigers, who evened the series 1-1, improved to 10-3 overall and 1-1 in the ACC. The Demon Deacons dropped to 11-5 overall and 1-1 in ACC play.

Beer clobbered his first long ball in the second inning to open the scoring and extend his hitting streak to 11 games, then the Demon Deacons scored three runs in the third inning to take a 3-1 lead. Clemson manufactured two runs in the fifth inning to tie the score and took the lead in the sixth inning when Eli White scored on a wild pitch. Beer’s second home run of the game and sixth of the season, a two-run shot in the seventh inning, gave the Tigers a 6-3 lead. Wake Forest scored two two-out runs in the eighth inning, but fell short.

Pat Krall (1-0) earned the win by tossing a career-long 5.0 innings in relief. He gave up five hits, two runs and one walk with four strikeouts. Alex Bostic pitched the final 1.1 innings to record his second save of the year. Wake Forest starter Connor Johnstone (1-2) suffered the loss, as he yielded four runs on seven hits in 5.2 innings pitched.

The series concludes Sunday at noon.