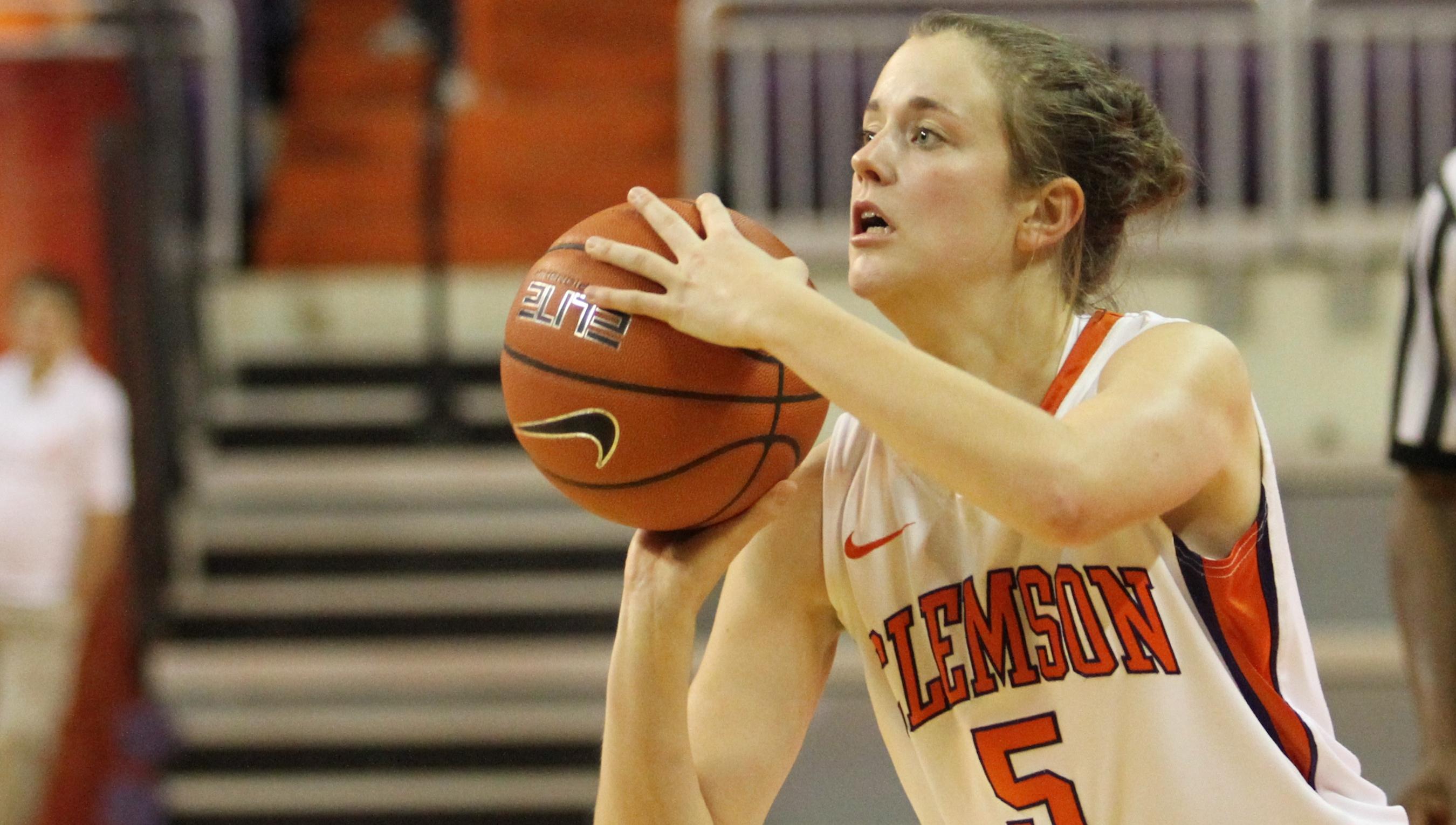 No. 2 Notre Dame Pulls Away from @ClemsonWBB

Final Score: #2/2 Notre Dame 71, Clemson 51 Records: CU: 8-7, 0-1 ACC; ND: 13-0, 1-0 ACC Clemson Leading Scorer: Kelly Gramlich: 13 points Updated Series Record (trend): ND, 1-0 (W1) Next Game: Clemson vs. Georgia Tech; Jan. 8, 2014; 7 p.m. NOTRE DAME, IN – The Clemson women’s basketball team fell at No. 2/2 Notre Dame, 71-51, despite holding the Irish 17 points below their season average and trailing by just four points at halftime in Purcell Pavilion. Clemson (8-7, 0-1 ACC) competed in the ACC opener for the Irish (13-0, 1-0 ACC), in what is the first-ever meeting between the programs.  The game also marked the ACC head-coaching debut for Audra Smith, although she is no stranger to the contest, spending nine seasons at Virginia as an assistant and playing for the Cavaliers. After the game, the squad was forced to return to their hotel due to severe weather in the area. South Bend has received nearly 10 inches of snow, and temperatures in the high teens throughout the day. The Tigers have just off two days to prepare for a home game against Georgia Tech on Wednesday at 7 p.m. Kelly Gramlich led Clemson on Sunday with 13 points on 5-9 shooting, including a 3-5 mark from behind the arc. Chancie Dunn  also finished in double-figures with 10 points on 5-10 from the floor. The Irish came in averaging 88.9 points per game, with 85 or more in eight of their previous 12 games. Clemson limited the number of possessions, and held the Irish to 8-28 shooting in the first half.  The Tigers battled foul trouble throughout, as leading scorer Nikki Dixon picked up two fouls less than a minute into the game, and ended up fouling out in just ten minutes of action.  Quinyotta Pettaway also fouled out, and Charmaine Tay and Nyilah Jamison-Myers finished with four fouls apiece. Notre Dame finished 19-27 from the line, while Clemson was just 4-6.  The Tigers turned the ball over just 15 times in the game, the 11th time this season they have committed fewer than 20. However, Notre Dame was efficient, turning the 15 miscues into 20 points. Conversely, the Irish committed just seven turnovers, and the Tigers did not score a single point in the ensuing seven possessions.  Four Irish scored in double figures, led by 16 apiece from Jewell Loyd and Kayla McBride. Natalie Achonwa had 15 points and 13 rebounds as well.  The Tigers jumped on top early, as Gramlich hit a pair of deep threes in the first two minutes, and Chelsea Lindsay hit a layup to give the Tigers an 8-2 lead. Notre Dame would grab the lead back and take a six point advantage at 23-17, before Clemson again cut it to two points with 2:43 to play. The Irish would take a 27-23 lead into halftime. Notre Dame opened the second half on a 14-4 run over the first seven minutes to seize control. Clemson cut the lead to 11 on several possessions as late as 7:07 on a fastbreak layup by Dixon.  However, the Irish pulled away, outscoring Clemson 17-8 over the final seven minutes of the game.  Player of the Game: Kelly Gramlich – The junior guard gave Clemson a hot start and scored 13 points, including three three-pointers Stat of the Game: 20-0 – Clemson was outscored 20-0 in points off turnovers Individual Notes