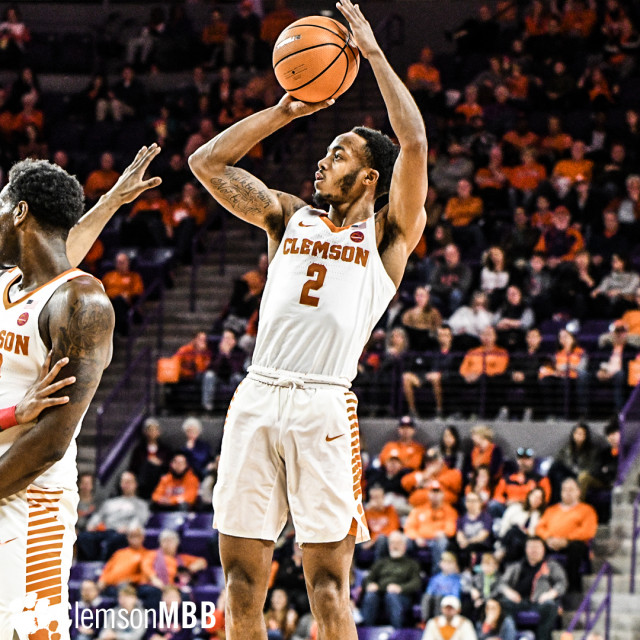 • Clemson is 3-0 in ACC play for the first time since 2006-07 and for just the sixth time in program history.
• The Tigers have started 14-1 or better on just four previous occasions in program history. Of those four, three have resulted in NCAA appearances. The other was an NIT appearance.
• Leading scorer Marcquise Reed is one of just 15 players in the country to average at least 15.5 points, 4.5 rebounds, 3.0 assists and 1.5 steals.
• Clemson has won three-straight games in the series with NC State dating back to last season.

SERIES HISTORY
CU Series W-L record: Clemson is 53-101 all-time against NC State.
Streak: The Tigers have won three in a row in the series.

TIGER TRACKS
• Clemson moved up in the AP Top 25 poll this week (No. 19). Clemson is also ranked in the USA Today Coaches Poll at No. 17 – its highest national ranking since Jan. 18, 2010 (17th in AP).
• Clemson’s RPI checks in at 6th nationally.
• Coach Brad Brownell (138 victories at Clemson) is tied with Oliver Purnell for the third most wins at Clemson.
• Clemson is tied for first in the nation in winning percentage at 93.3 (14-1). The Tigers’ 10-game winning streak is the fourth longest active streak in the country.
• Clemson has put together at least a 10-game win streak on 11 occasions in program history. Eight have started at the beginning of a season.All eight of those seasons ended with a postseason berth (4 NCAA, 4 NIT).
• The Tigers’ next five opponents are a combined 64-15, however, Clemson’s last six wins are against teams that are a combined 68-23 when not playing the Tigers.