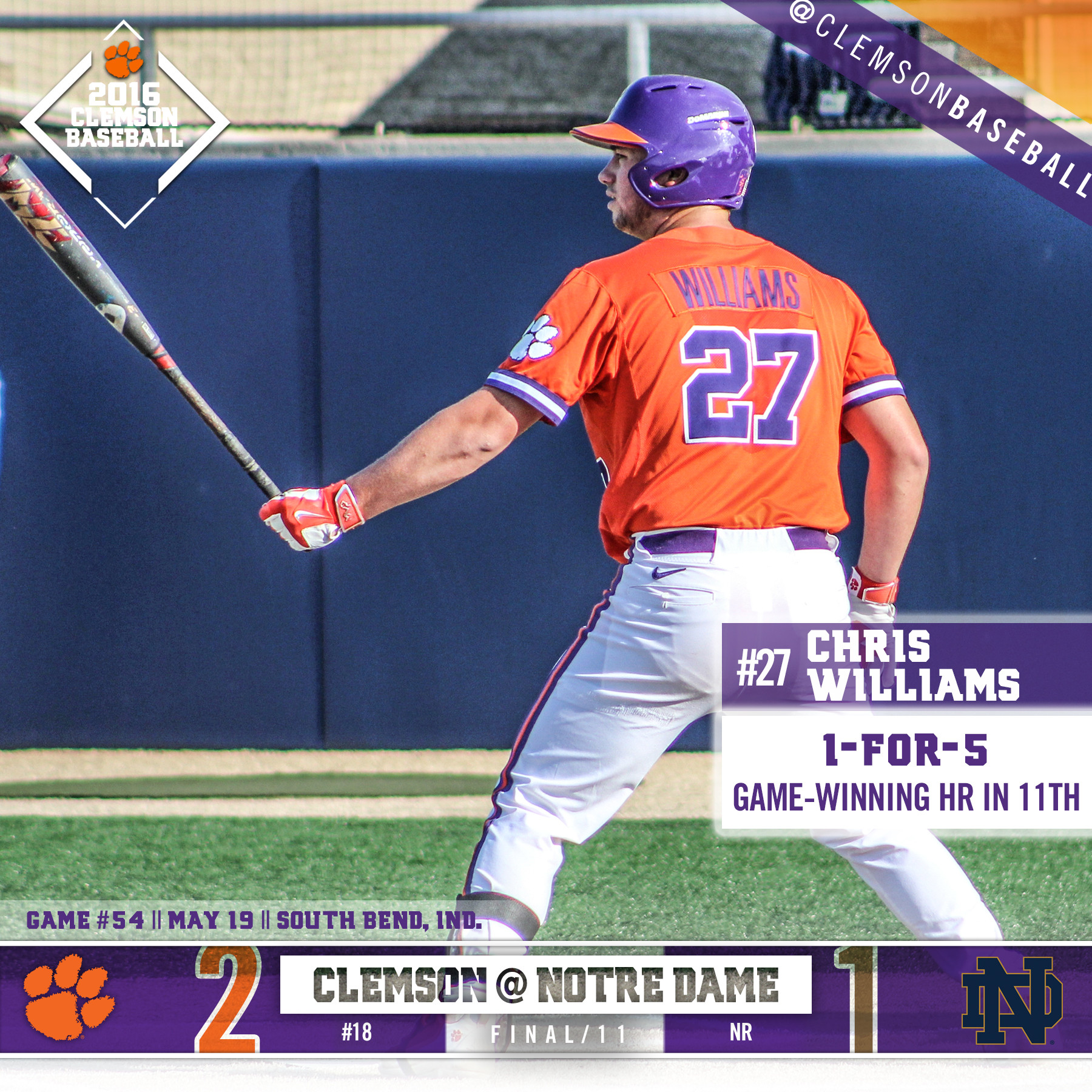 NOTRE DAME, IND. – Chris Williams’ two-out solo homer in the 11th inning lifted No. 18 Clemson to a 2-1 win over Notre Dame at Frank Eck Stadium on Thursday night. The Tigers, who took a 1-0 lead in the series, improved to 36-18 overall and 14-14 in the ACC. The Fighting Irish dropped to 27-25 overall and 11-15 in ACC play. Clemson, who upped its extra-inning record to 5-1, clinched a berth into the ACC Tournament with the victory.

With two outs in the top of the 11th inning, Williams, who was 0-for-4 and had made the third out in each of his first four at-bats, belted a solo homer over the fence in left field, his sixth long ball of the year, to give the Tigers a 2-1 lead. In the bottom of the 11th inning, Nick Podkul led off with a deep drive to right field, but Beer made a diving catch. Shepski followed with a liner headed down the left-field line, but Glenn Batson, who was playing on the line, made the key catch. After Matt Vierling walked, Zak Kutsulis hit a slow roller to second-baseman Weston Wilson, who threw to first for the final out in a close play.

Tiger reliever Brooks Crawford (3-0) earned the win, as he threw just 13 pitches in retiring all six batters he faced with one strikeout. Pat Krall recorded his third save of the year by tossing a hitless and scoreless 11th inning. Clemson starter Charlie Barnes tied his career high with 8.0 innings pitched, as he yielded just six hits, one run and no walks with seven strikeouts. Notre Dame reliever Sean Guenther (3-5) suffered the loss in 4.0 innings pitched.

The series continues Friday at 6:05 p.m. Live video is available on WatchND via a link at ClemsonTigers.com.