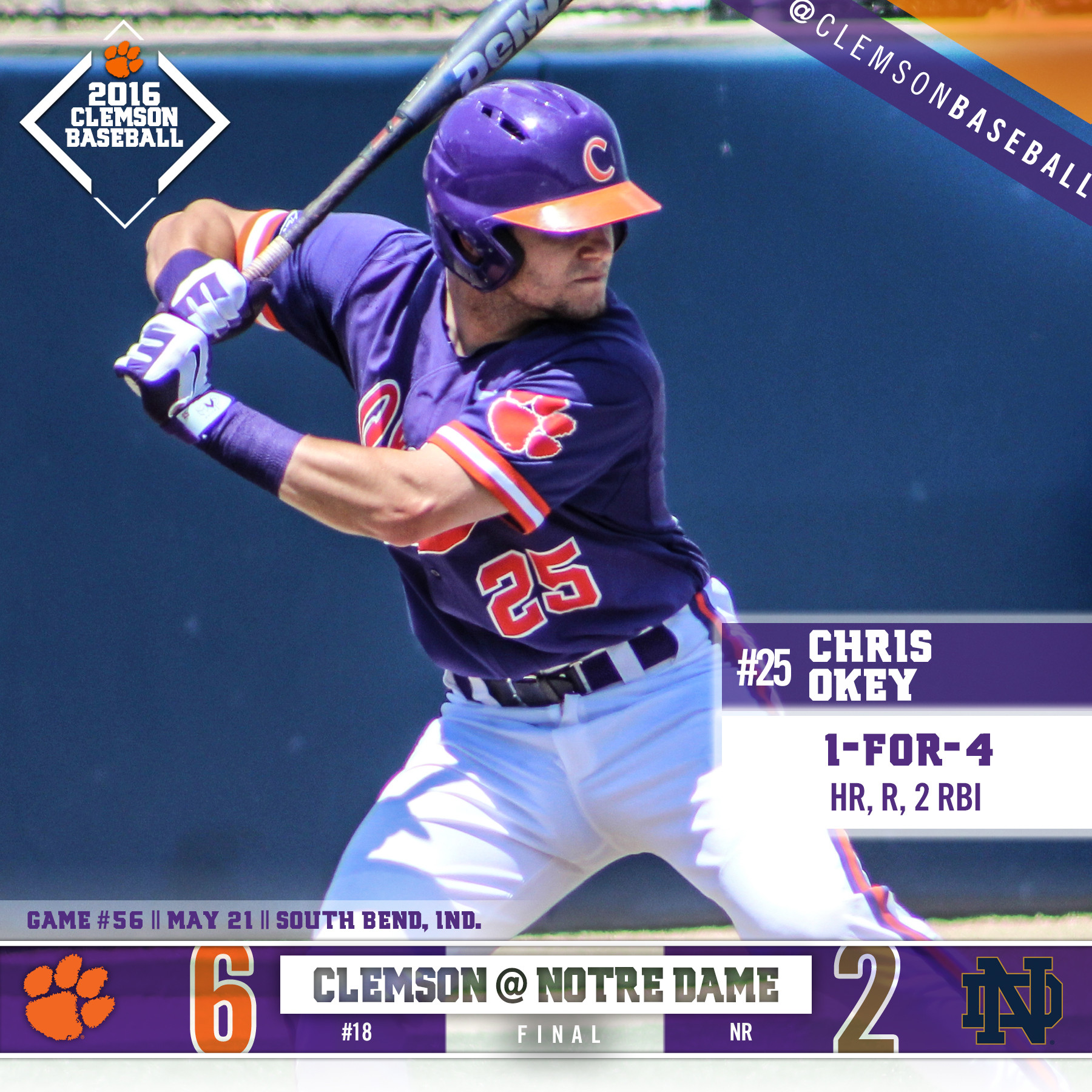 NOTRE DAME, IND. – Alex Eubanks pitched 7.0 scoreless innings with nine strikeouts to lead No. 18 Clemson to a 6-2 victory over Notre Dame at Frank Eck Stadium on Saturday afternoon. The Tigers, who swept the series 3-0 and won their fifth game in a row, improved to 38-18 overall and 16-14 in the ACC. The Fighting Irish fell to 27-27 overall and 11-17 in ACC play.

Eubanks (5-5) earned the win by allowing seven hits, no runs and one walk with nine strikeouts. He worked out of trouble in several innings, as the Fighting Irish put their leadoff batter on base in the first five innings. Pat Krall recorded the last out to register his fourth save of the year. Notre Dame starter Joey Cresta (0-1) suffered the loss, as he gave up two runs on two hits in 2.1 innings pitched.

Clemson will be the No. 6 seed in the ACC Tournament, which will be held at Durham (N.C.) Bulls Athletic Park from Tuesday to Sunday. The Tigers’ first game is either Wednesday or Thursday on RSN.