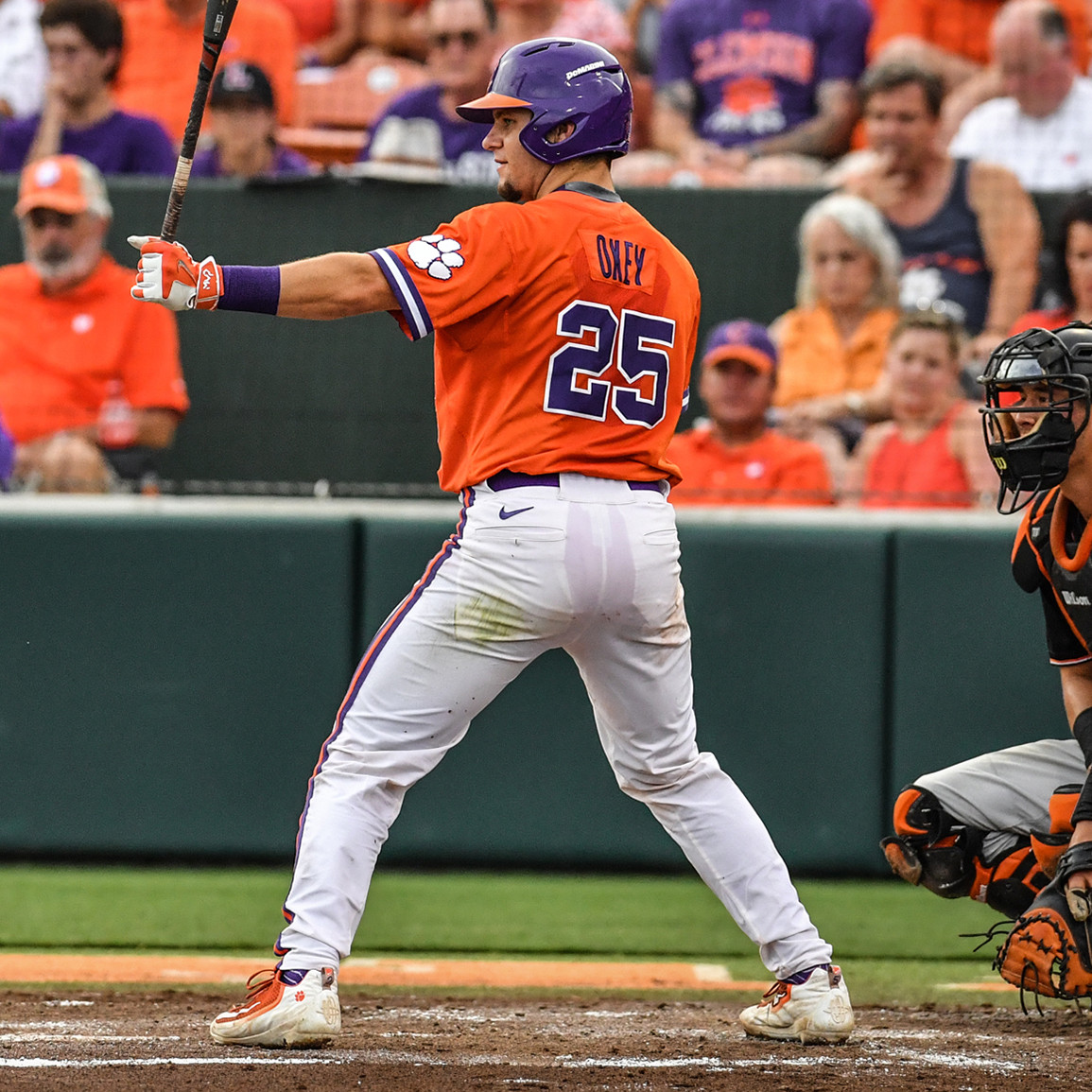 CLEMSON, S.C. – No. 18 Oklahoma State scored eight runs in the first three innings and every Cowboy starter had at least one hit and one RBI in its 12-2 victory over No. 9 Clemson in the Clemson Regional at Doug Kingsmore Stadium on Saturday night. The Cowboys, who improved to 2-0 in the regional, upped their record to 38-20. The Tigers, who saw their 10-game winning streak come to an end, fell to 43-19.

The Cowboys scored two runs in the first inning and one run in the second inning before plating five runs in the top of the third inning after a critical error allowed leadoff batter Garrett Benge to reach base. Collin Theroux’s two-run double highlighted the uprising. Chase Pinder’s RBI groundout in the bottom of the third inning put the Tigers on the scoreboard. The Cowboys added three runs in seventh inning and one run in the eighth inning to pull away, as they totaled 17 hits in the contest.

Junior righthander Tyler Buffett (7-3) earned the win in just his third start of the year. He allowed seven hits, one run and three walks with six strikeouts in a career-high-tying 7.0 innings pitched. Tiger starter Clate Schmidt (8-5) suffered the loss, as he yielded nine hits, eight runs (six earned) and two walks with one strikeout in 2.1 innings pitched.

Clemson plays Western Carolina in an elimination game on Sunday at noon on ESPN3. The Tigers are the designated visiting team and will occupy the third-base dugout.