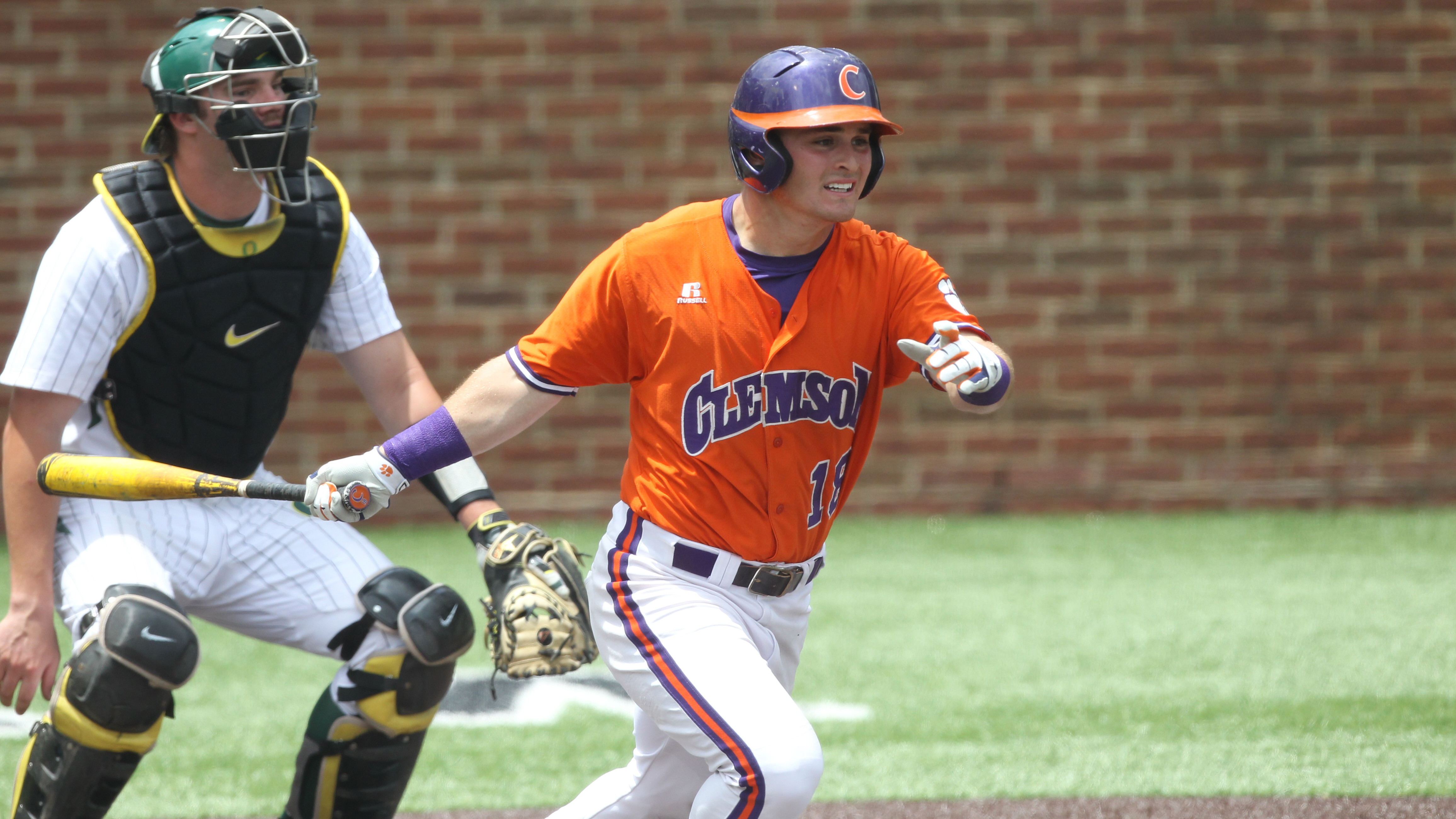 NASHVILLE, TENN. – The No. 18 Oregon Ducks totaled 20 hits in their 18-1 win over Clemson in the first game of the Nashville Regional at Hawkins Field on Friday afternoon. The Ducks, who moved into the winners’ bracket, improved to 43-18, while the Tigers, who fell into the losers’ bracket, dropped to 36-24 in the first-ever meeting between the two schools.

Oregon starter Tommy Thorpe (11-4) earned the win by allowing just five hits, one run and four walks with four strikeouts in 7.0 innings pitched. Tiger starter Matthew Crownover (8-6) suffered the loss. The Tigers play the loser of Friday night’s game between No. 1 seed Vanderbilt and No. 4 seed Xavier on Saturday at 2 p.m. EDT on ESPN3.