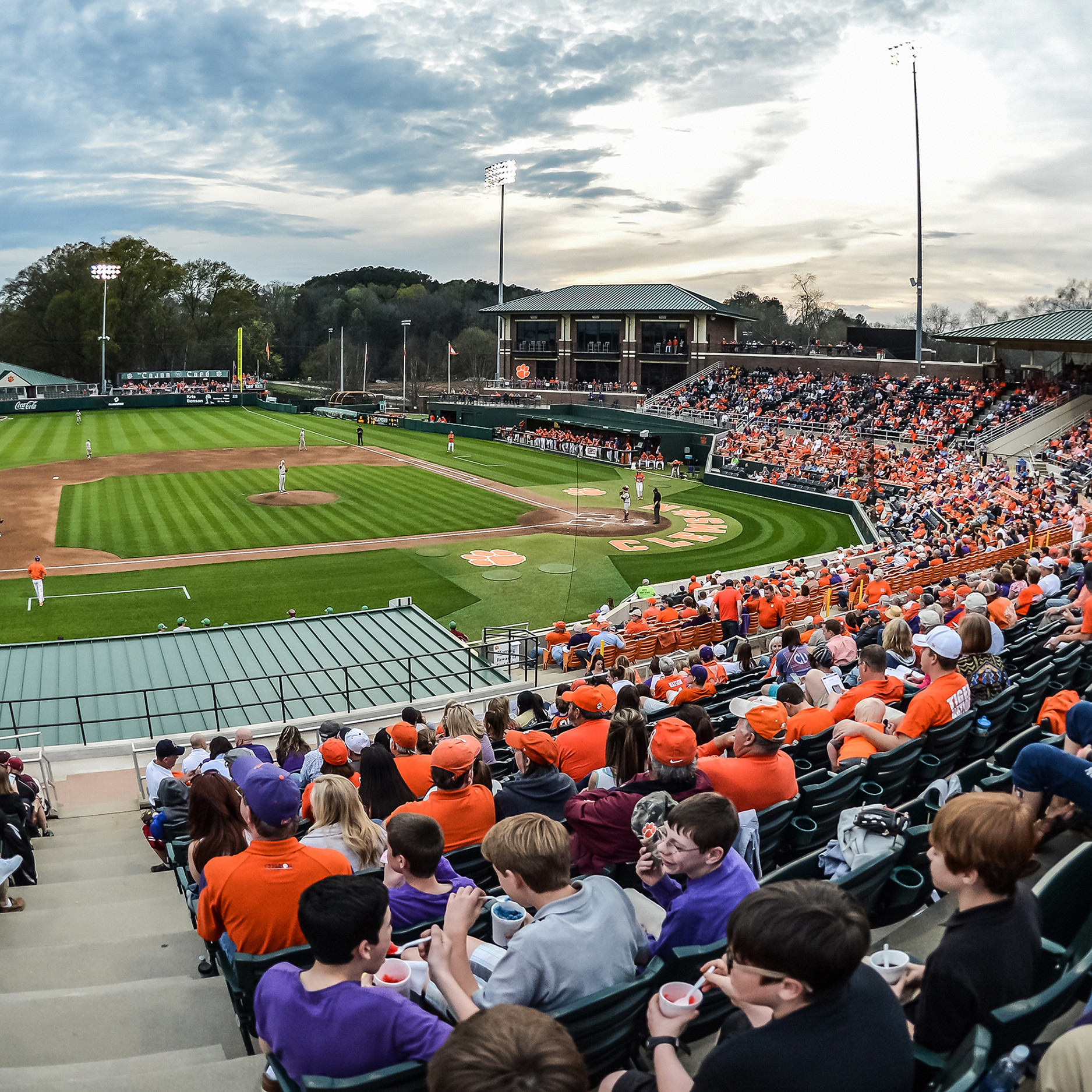 The Tigers return home to host Pittsburgh for the first time in a three-game series at Doug Kingsmore Stadium this weekend.

Advisory: On Saturday, Clemson University is hosting The Color Run in the morning. Portions of Perimeter Road around Doug Kingsmore Stadium will be closed until noon.

PITTSBURGH OVERVIEW• Pittsburgh is led by 19th-year head coach Joe Jordano.• The Panthers defeated Kent State 13-5 on Wednesday at home. They are hitting .292 and have a 4.65 ERA and .950 fielding percentage.• Charles LeBlanc is hitting .395, while Alex Kowalczyk is batting .351 with seven homers, eight doubles, one triple and 26 RBIs.

QUICK HITS• Clemson’s current 12-game home winning streak is its longest since its 18-game home winning streak from May 31, 2009 to March 20, 2010.• Tiger batters have reached base 47.9 percent of the time when leading off an inning.• K.J. Bryant, who filled in for Seth Beer, had five RBIs in the two midweek games earlier this week. No other Tiger had more than two RBIs.