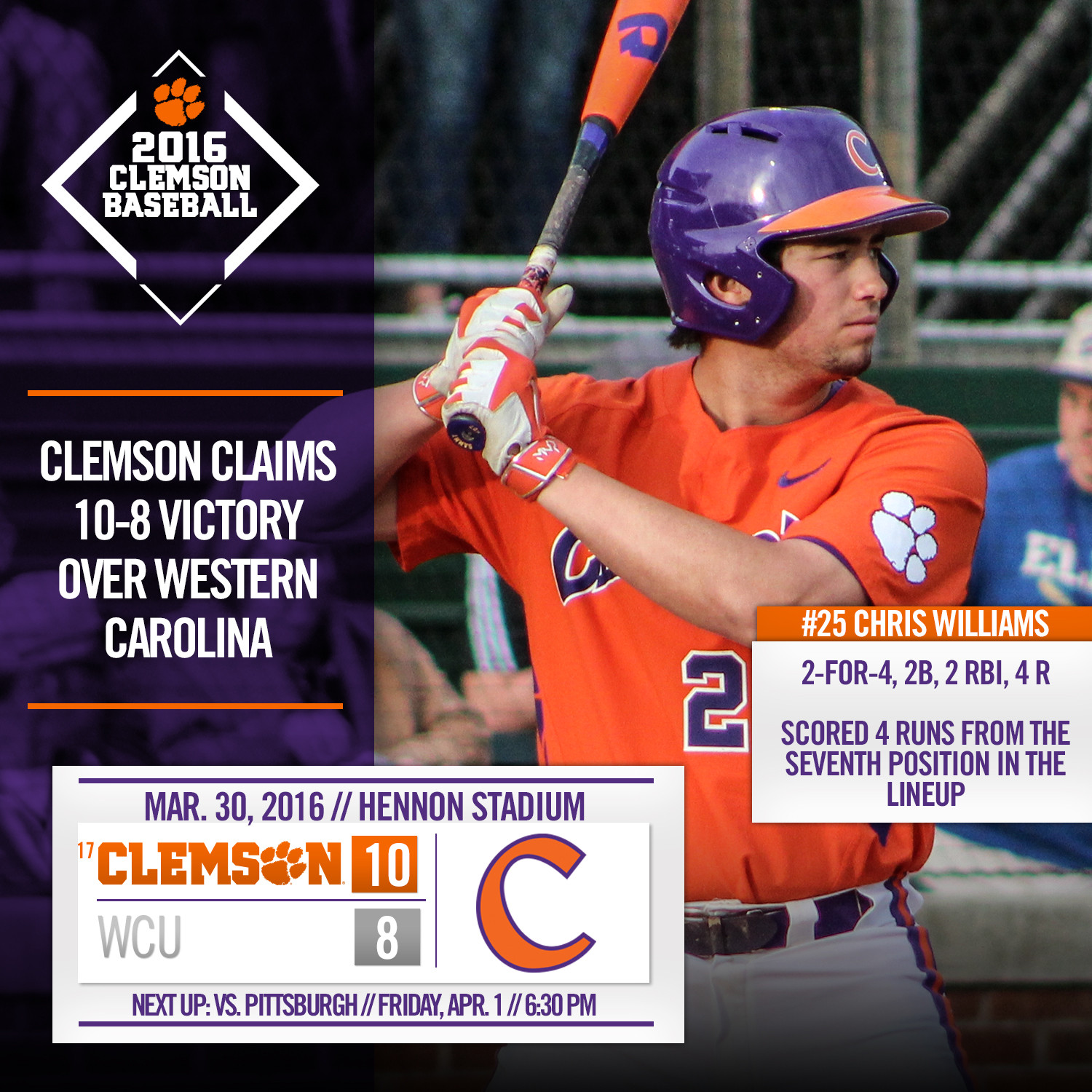 CULLOWHEE, N.C. – In his first career start, freshman righthander Ryley Gilliam tossed 6.1 effective innings to lead No. 17 Clemson to a 10-8 victory over Western Carolina at Hennon Stadium on Wednesday night. The Tigers, who took a 1-0 lead in the home-and-home season series, improved to 19-6, while the Catamounts dropped to 11-13.

Gilliam (1-0), who had only pitched 4.0 innings over five relief appearances entering the game, recovered from a shaky start to allow just four runs (three earned) on six hits in his first career win. Catamount reliever Colton Davis (3-1) suffered the loss, as he yielded three runs on three hits in 2.0 innings pitched.

The Catamounts jumped out to a 2-0 lead in the first inning and a 3-1 lead in the fourth inning, but the Tigers rallied for three runs in the fifth inning to take the lead for good. Chris Okey’s two-out, run-scoring double gave the Tigers a 4-3 advantage. Clemson added five insurance runs in the ninth inning, capped by two-run singles by both Chris Williams and K.J. Bryant. Chase Pinder had two RBIs in the game, but his 11-game hitting streak came to an end.

The Tigers return home to play Pittsburgh in a three-game series at Doug Kingsmore Stadium beginning Friday at 6:30 p.m. Live video is available for free on TigerCast at ClemsonTigers.com. Fans can purchase four tickets and a $10 concession voucher for only $30. It’s also Emoji Day, as the first 500 fans receive a Clemson baseball emoji.