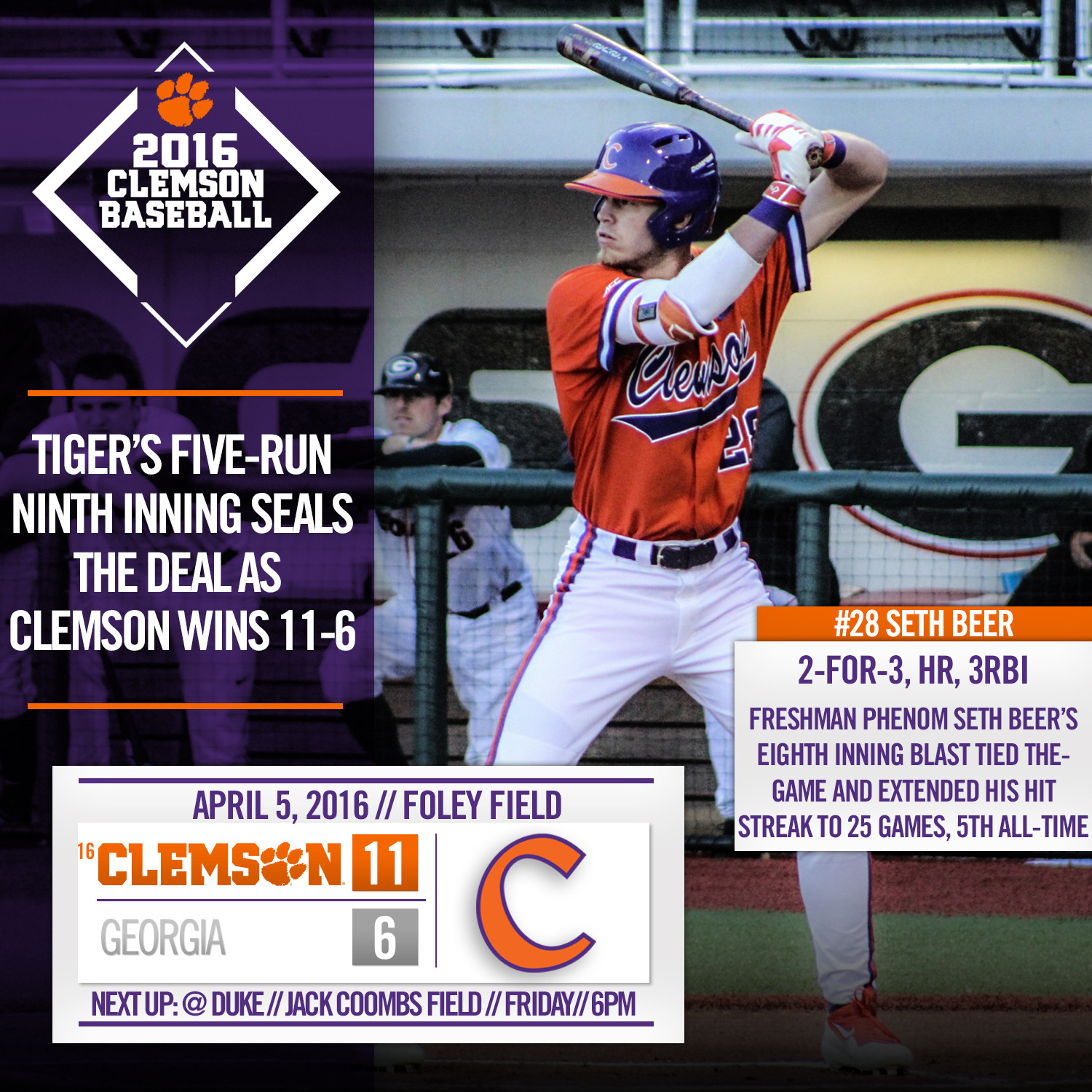 ATHENS, GA. – Jordan Greene scored the go-ahead run in the ninth inning on an error and the Tigers added four insurance runs in the frame as No. 16 Clemson rallied for an 11-6 win over Georgia at Foley Field on Tuesday night. The Tigers, who took a 1-0 lead in the home-and-home season series, improved to 22-7, while the Bulldogs fell to 17-13.

The Tigers broke a 2-2 tie with a run in the fourth inning, but a two-out throwing error on a ground ball allowed the Bulldogs to take a 4-3 lead. Chris Williams belted a two-run homer, his second long ball of the year, in the top of the seventh inning, but Georgia, without the benefit of a hit, scored the go-ahead run in the bottom of the seventh inning on a wild pitch.

Seth Beer belted a long solo homer, his 13th of the year, in the eighth inning to tie the score 6-6, which also extended his hitting streak to 25 games, tied for fifth longest in school history. Then Greene led off the ninth inning with a walk and scored on an error off the bat of Robert Jolly. The Tigers added four more runs in the ninth inning.

The Tigers travel to Durham, N.C., to take on Duke in a three-game series at Jack Coombs Field this weekend beginning Friday at 6 p.m.