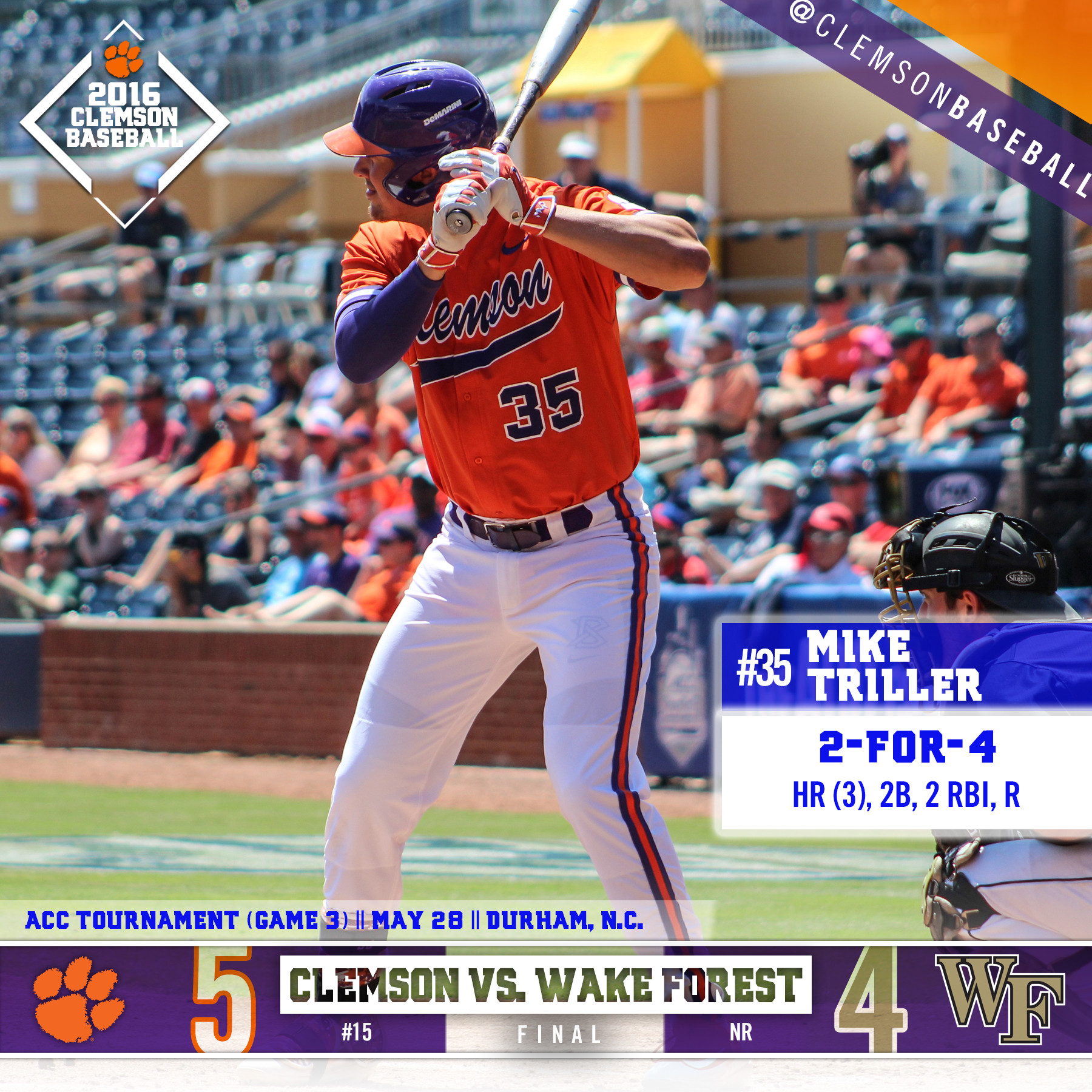 DURHAM, N.C. – Pinch-runner K.J. Bryant scored on a wild pitch with two outs in the top of the ninth inning to lift No. 15 Clemson to a 5-4 win over Wake Forest in the ACC Tournament at Durham Bulls Athletic Park on Saturday. The Tigers, who improved to 3-0 in the tourney and advanced to the ACC Championship Game on Sunday, won their eighth game in a row and upped their season record to 41-18. The Demon Deacons, who fell to 2-2 in the tournament, dropped to 34-25 in 2016.

Mike Triller belted a run-scoring double off the wall in left field to tie the score 1-1 in the top of the fourth inning, then the Demon Deacons responded with three runs in the bottom of the fourth inning, highlighted by Ben Breazeale’s two-run double. Triller belted a homer to lead off the seventh inning, his third of the year, then Chase Pinder crushed a two-run homer, his 10th long ball of the season, later in the frame to tie the score 4-4. In the ninth inning, Chris Okey lined a one-out double to advance Seth Beer to third base. Three batters later with two outs, Bryant scored the go-ahead run on a wild pitch on an 0-2 pitch.

Pat Krall (10-1) picked up the win, as he allowed just one hit, no runs and no walks in 2.1 innings pitched. Patrick Andrews also tossed 3.1 scoreless innings of two-hit ball in relief. Parker Dunshee (9-5) suffered the loss, as he yielded one run on one hit in 3.0 innings pitched.

The Tigers, who set a school record with their 14th one-run win in 2016, play Florida State in the ACC Championship Game on Sunday at 10 a.m., on ESPN2. It is Clemson’s first ACC title game appearance since 2006, when it defeated NC State to claim the ACC championship in Jacksonville, Fla.