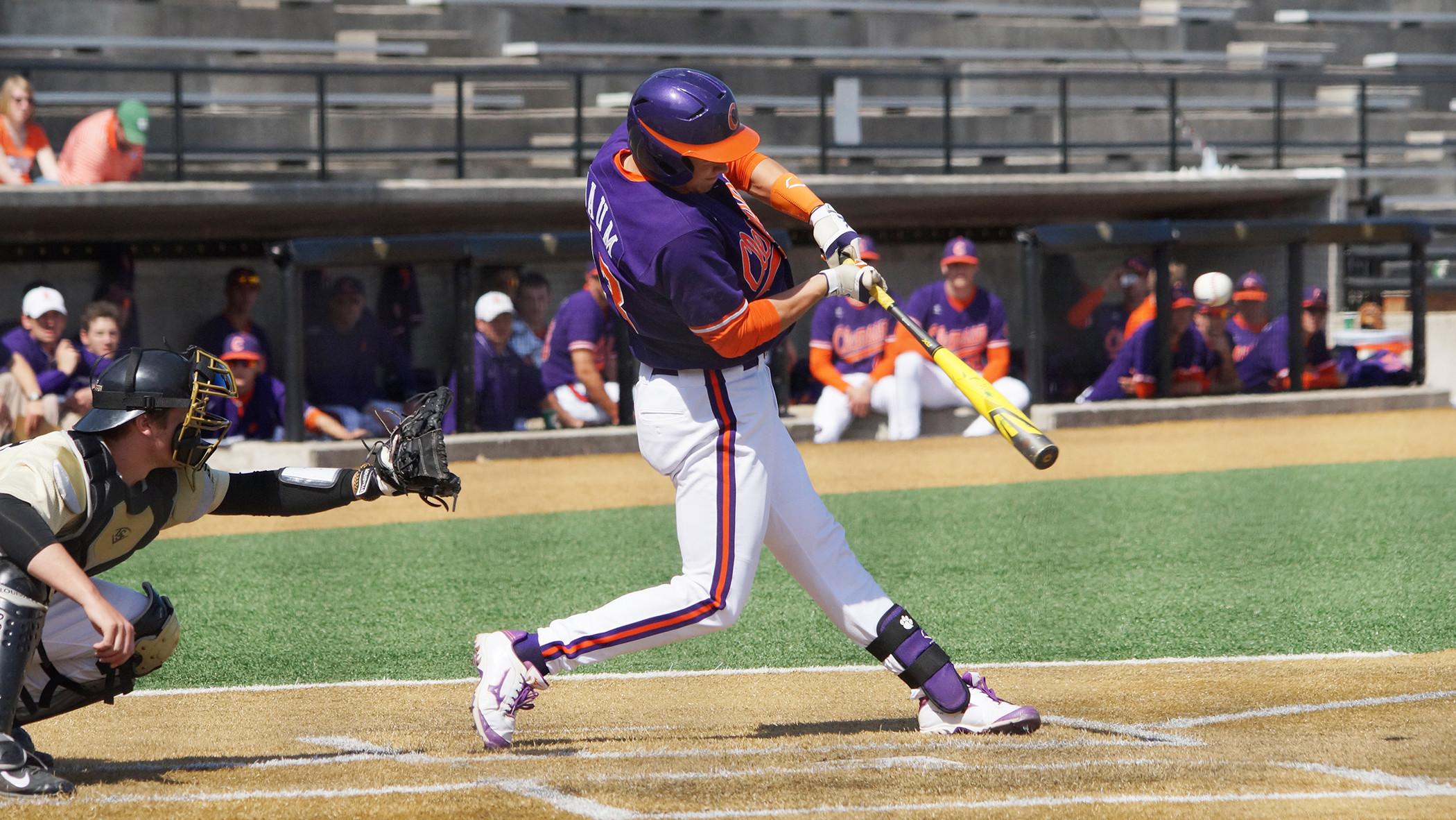 No. 14 Tigers Down Wake Forest 16-6 Saturday in First Game of DH

Every Tiger starter had at least one hit by the fifth inning, as Clemson totaled 18 hits in all. Jay Baum led the way by going 3-for-4 with three RBIs. Steve Wilkerson and Tyler Slaton, who went 3-for-6 with his first career long ball and four RBIs, both added home runs as part of Clemson’s six-run ninth inning.

Game 2 of the doubleheader and series finale starts at approximately 4:50 p.m. Saturday.