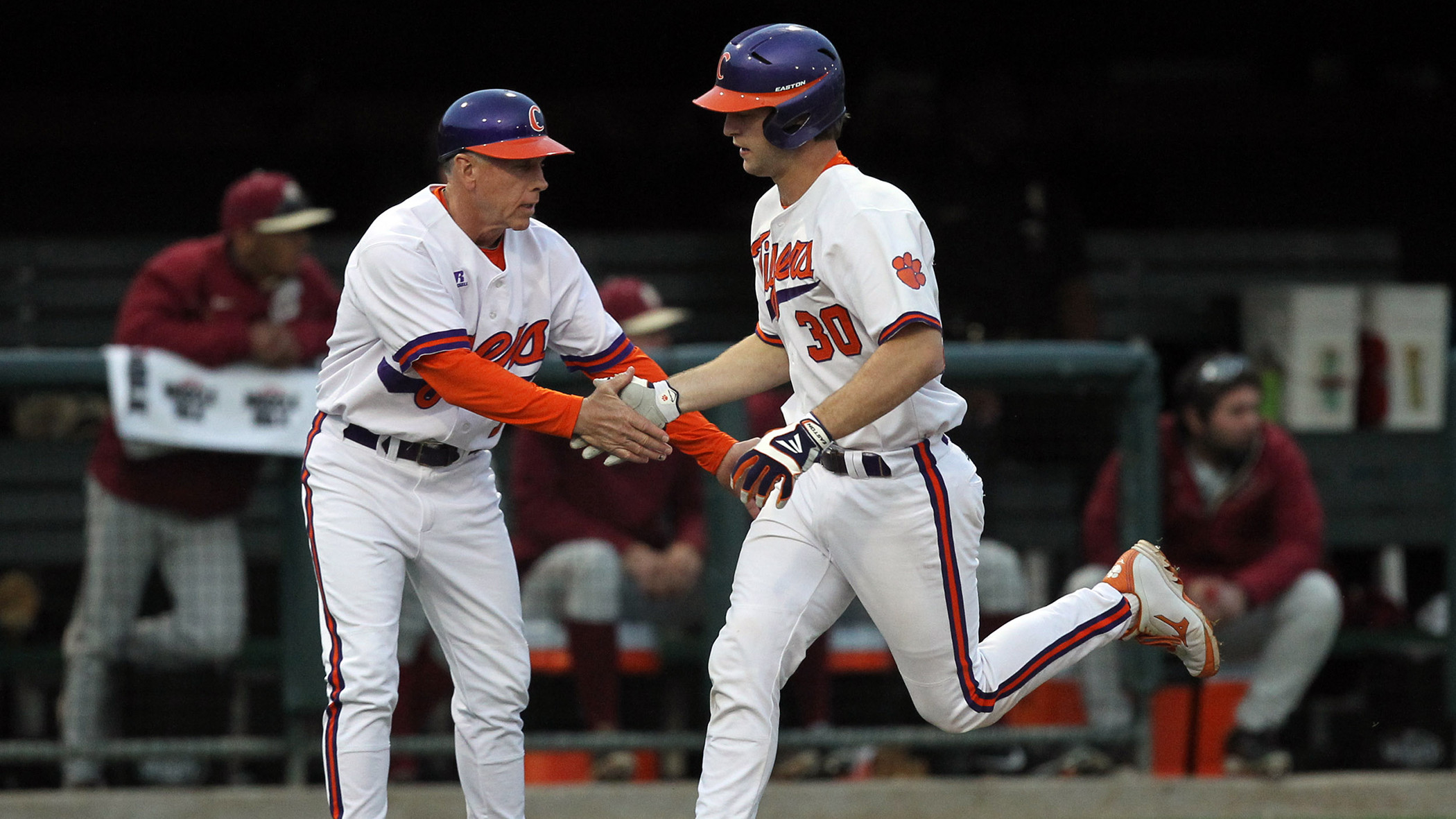 No. 13 Tigers Take Series Opener 9-3 Over No. 1 Seminoles Friday

“He pitched really well tonight,” said Head Coach Jack Leggett of Gossett.  “‘Goose’ was good and he was in charge. He did an excellent job for us. I would have loved to keep him in there, but we knew we had (Matt) Campbell in the bullpen if we needed him. We got a little momentum early in the game offensively and we swung the bats well.”

Clemson scored two runs in the second inning and never relinquished the lead. Garrett Boulware belted a solo homer to center in the third inning, then the Tigers added three runs in the fifth inning thanks to five two-out hits.

Due to the threat of inclement weather Sunday, Clemson and Florida State are now scheduled to conclude the three-game series Saturday with a doubleheader. Game times are 2 p.m. and 6:30 p.m. For ticket holders, Saturday night’s 6:30 game is still Game 2 of the series. Tickets for Sunday’s game will be honored for the 2 p.m. contest, and the stadium will be cleared between games. Both games will be on ESPN3 as well.